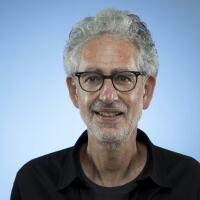 Mark Swed has been the classical music critic of the Los Angeles Times since 1996. Before that, he was a music critic for the Los Angeles Herald Examiner and the Wall Street Journal and has written extensively for international publications. Swed is the author of the book-length text to the best-selling iPad app, “The Orchestra,” and is a former editor of the Musical Quarterly. He was a finalist for the 2007 Pulitzer Prize in criticism.