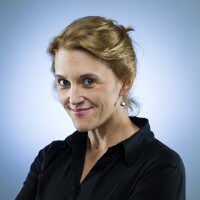 Meghan Daum was born in California and grew up primarily on the East Coast. She is the author of four books, most recently a collection of original essays, “The Unspeakable: And Other Subjects of Discussion.” Her other books include the cult favorite essay collection “My Misspent Youth,” as well as a novel and a memoir. She is also the editor of “Selfish, Shallow & Self-Absorbed: Sixteen Writers on the Decision Not to Have Kids,” which will be published in the spring of 2015. Daum has written for numerous magazines, including the New Yorker, Harper’s and Vogue, and contributed to the public radio programs “Morning Edition,” “Marketplace” and “This American Life.” Her column has run on the Op-Ed page since 2005. Learn more about her at meghandaum.com.