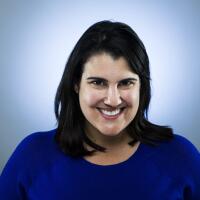 Melanie Mason is a political reporter for the Los Angeles Times covering the 2020 presidential campaign. She first began working for the Times in 2011 in Washington, D.C., where she covered money and politics during the 2012 presidential campaign. She then covered state government and politics in The Times’ Sacramento bureau, where she covered the 2018 governor’s race and did award-winning coverage of sexual harassment in California politics. She is originally from Los Angeles and is a graduate of Georgetown University and the UC Berkeley Graduate School of Journalism.