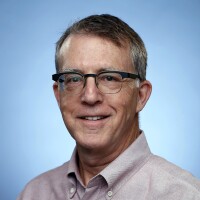 Mitchell Landsberg is a senior editor at the Los Angeles Times, focusing on Column One and other feature projects across the newsroom.

Landsberg has worked for The Times since 1999, largely as a reporter but as an editor since late 2012, when he joined the Foreign Desk, eventually rising to Foreign editor and acting National editor. As a reporter, he covered a series of beats, including religion, education and the 2012 presidential campaign. He has reported for The Times from China, the Middle East and Haiti, among other places. He was part of a four-member team that wrote a series of investigative articles about the troubled King/Drew Medical Center in Los Angeles, for which the paper won the 2005 Pulitzer Prize for public service. He was the lead writer on a 70-plus-member team that won the 2004 Pulitzer Prize in breaking news for coverage of California wildfires.

Before joining The Times, Landsberg spent 19 years at the Associated Press, with posts in Reno, Nev., New York and Moscow. A native of Sacramento, he has a bachelor’s degree in history from UCLA.