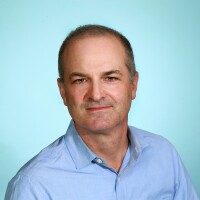 Noah Bierman covers the White House in Washington, D.C., for the Los Angeles Times. He previously wrote for the paper’s national desk. Before joining the newspaper in 2015, he worked for the Boston Globe in both Boston and Washington, covering Congress, politics and transportation. He has also reported on higher education, crime, politics and local government for the Miami Herald, the Palm Beach Post and the Duluth (Minn.) News-Tribune. Bierman is a native of Miami who attended Duke University.