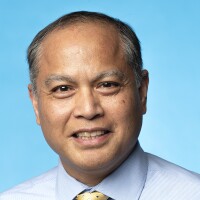 Richard Martin is an assistant Metro editor at the Los Angeles Times, overseeing coverage of law enforcement. He previously worked as the senior criminal justice editor at the Baltimore Sun, where he oversaw coverage of the 2015 death of Freddie Gray and the ensuing citywide riots, which was recognized as a finalist for the Pulitzer Prize for breaking news reporting. He also worked as an editor and reporter at the Tampa Bay Times, Seattle Times, the Salinas Californian, Florida Today and the Pacific Daily News. He is a graduate of the University of Guam, and enjoys distance running and tennis.