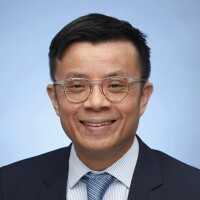 Editor of the Editorial Pages

As the editorial page editor, Sewell Chan oversees the editorial board and the Op-Ed and Sunday Opinion pages of the Los Angeles Times. He was named to the position in April 2020.

Chan previously served as a deputy managing editor, overseeing foreign and national news coverage; the front page; the Data and Graphics Department; the multiplatform copy desks; newsletters; and the editorial library. He also supervised the home page and audience engagement teams and helped reorganize them into an integrated News Desk.

Before joining The Times in September 2018, Chan worked for 14 years at the New York Times, where he was a metro reporter, Washington correspondent, deputy Op-Ed editor and international news editor. Chan began his career in July 2000 as a reporter at the Washington Post, reporting on local government, education and social services. He has also written for the Wall Street Journal and the Philadelphia Inquirer.

A native New Yorker, Chan grew up in an immigrant family and was the first in his family to finish college. He graduated from Harvard with a degree in social studies and received a master’s degree in politics from Oxford, where he studied on a British Marshall scholarship.

Chan is a member of the Council on Foreign Relations, the Pacific Council on International Policy, and PEN America, which defends free expression. He serves on the board of the News Leaders Association (formerly the American Society of News Editors) and the Board of Incorporators of Harvard Magazine. He was previously a member of the national advisory board at the Poynter Institute.