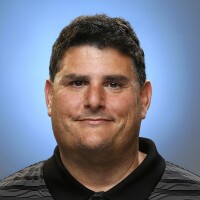 Grad came to The Times as a community stringer after graduating from San Jose State University in 1993. He served as a county government and urban affairs reporter in the Orange County edition before becoming an editor.

He’s worked on the Los Angeles city desk since 2002, overseeing coverage of wildfires, earthquakes, epic rains, epic droughts, public corruption and celebrity misbehavior, among other things. Grad ran the paper’s Pulitzer-winning coverage of the San Bernardino terrorist attack in 2015, the Bell corruption scandal in 2010 and the San Diego wildfires in 2003.

He served as city editor for a decade, launching L.A. Now and other digital efforts. You can follow him on Twitter @shelbygrad, where his slightly twisted obsession about Los Angeles history and design are on full display.