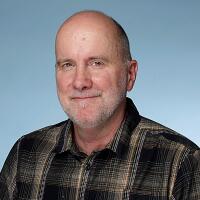 Stuart Leavenworth is California enterprise editor, joining the Los Angeles Times in early 2019 after more than 25 years as an editor and reporter with McClatchy, largely with the Sacramento Bee. A native of Fresno and graduate from UC Santa Cruz and Columbia University, Leavenworth has won awards from the National Press Foundation and other groups for his environment and energy reporting. Between 2014 and 2016, he worked as McClatchy’s Beijing bureau chief, and then spent two years as its national correspondent in Washington. One career highlight was his 2009 stint as prep chef in a Bay Area restaurant, where he wrote about his encounters with sharp objects and scorching heat, experience that has helped him in journalism.