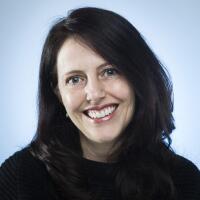 Tracy Boucher is the director of news development at the Los Angeles Times, where she coordinates the newsroom’s journalism award entries, among other duties. From 2011 to 2020, she also directed the Metpro and internship programs. Boucher started her career at The Times as an intern in 1992 and was hired as a copy editor in its Orange County edition in 1993. She worked on the paper’s Metro and features desks as a split-shift copy desk chief before taking a position as deputy innovation editor in 2007. In that role, she helped transform separate Web and print operations into a single newsroom feeding multiple platforms. Boucher previously worked at the Orange County Register, the St. Petersburg Times and the Orlando Sentinel and is a graduate of the University of Florida.