From the Archives: Challenger disaster: The 24 hours of pre-launch debate that could have prevented a tragedy 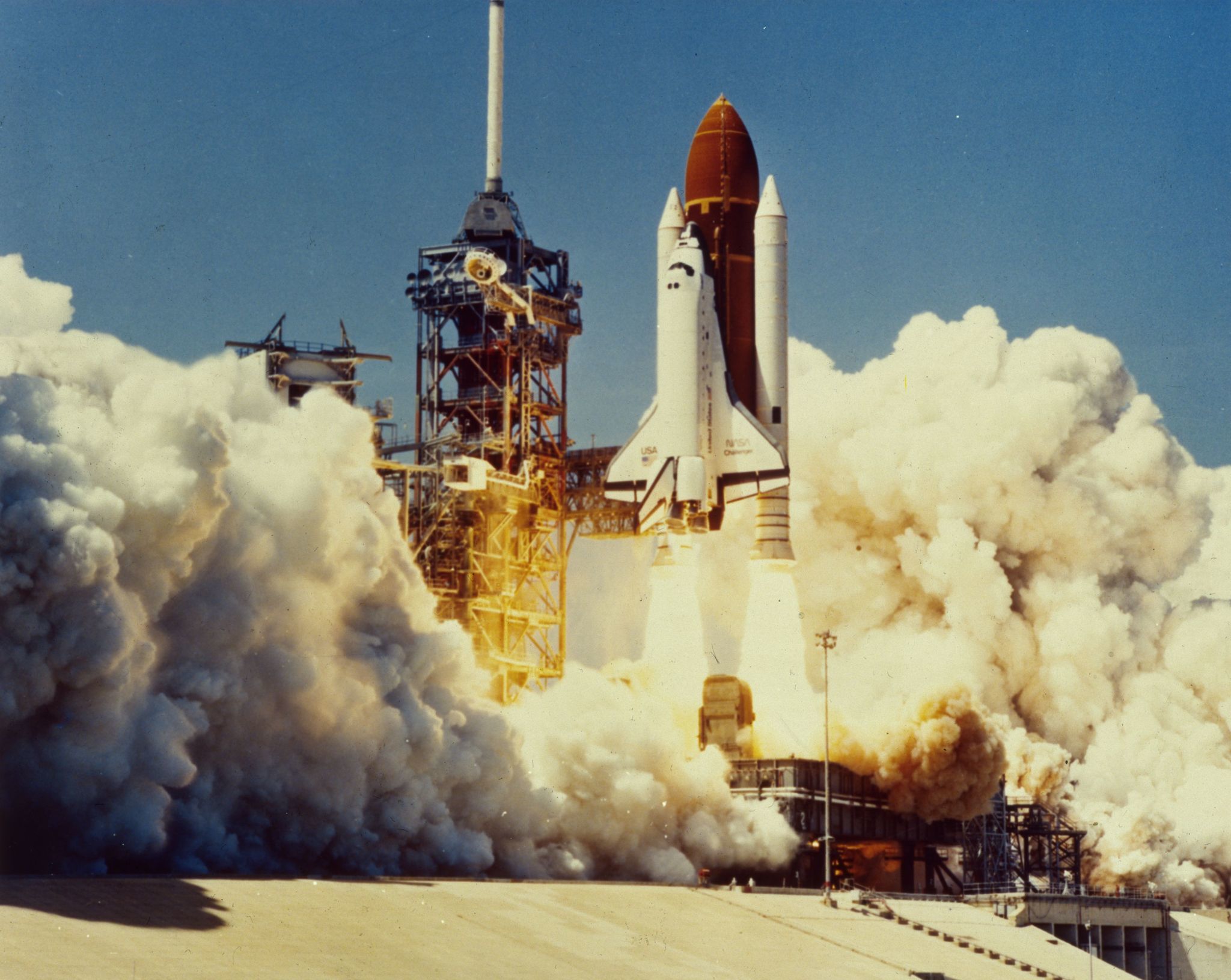 The space shuttle Challenger takes off from the Kennedy Space Center. (Getty Images)


Officials of the National Aeronautics and Space Administration and executives and engineers of Morton Thiokol Inc., which built the space shuttle's solid rocket boosters, spent much of the 24 hours before the Jan. 28, 1986 launching debating whether cold weather would interfere with the functioning of the boosters' all-important O-rings. Here is the account of those discussions, as chronicled by the presidential commission on the Challenger disaster.


1 p.m. (all times EST) -- Minutes after scrubbing Challenger's launching because of wind conditions, NASA resets it for 9:38 a.m. Jan. 28. NASA asks Morton Thiokol if the company is concerned about cold temperatures predicted overnight at the launching pad. Thiokol's Ebeling is contacted in Utah to prepare an engineering evaluation.

4 p.m. -- At the Kennedy Center, McDonald receives phone call from Ebeling expressing concerns from Morton Thiokol engineers about the effects of cold temperatures on rocket booster seals. McDonald asks the engineers to prepare for a telephone conference with NASA officials and then contacts Cecil Houston to make the arrangements, for the first time informing a Marshall Center official of Morton Thiokol's alarm over temperatures.

The L.A. Times front page the day of the shuttle explosion.


5:45 p.m. -- In the first teleconference, Reinartz at the Kennedy Center and Lovingood at the Marshall Center hear Morton Thiokol officials in Utah recommend that launching be delayed until noon or later because of concern that cold morning temperatures might hurt O-ring performance. A second conference is set for 8:15 p.m. to discuss data with a larger number of managers and engineers.

6:30 p.m. -- In a call to Reinartz, Lovingood says the launching should be postponed if Morton Thiokol's objections persist.

7 p.m. -- Reinartz and Mulloy visit Lucas and Kingsbury in their Kennedy Center motel rooms to inform them of Morton Thiokol concerns and the plans for a second teleconference.

8:45 p.m. -- From Utah, four Morton Thiokol vice presidents and 10 engineers participate in the second teleconference. Lund presents the engineering data and recommends no launching below 53 degrees. On the line from Marshall Center with Lovingood and others is Hardy, who tells Morton Thiokol he is "appalled" by the recommendation to delay.

At the Kennedy Center, Mulloy challenges the credibility of the data and the conclusions of Morton Thiokol's engineers, who recall Mulloy's saying, "My God, when do you want me to launch--April?"

In Utah, Kilminster asks to go off-line for five minutes so that company engineers can discuss their recommendation privately. 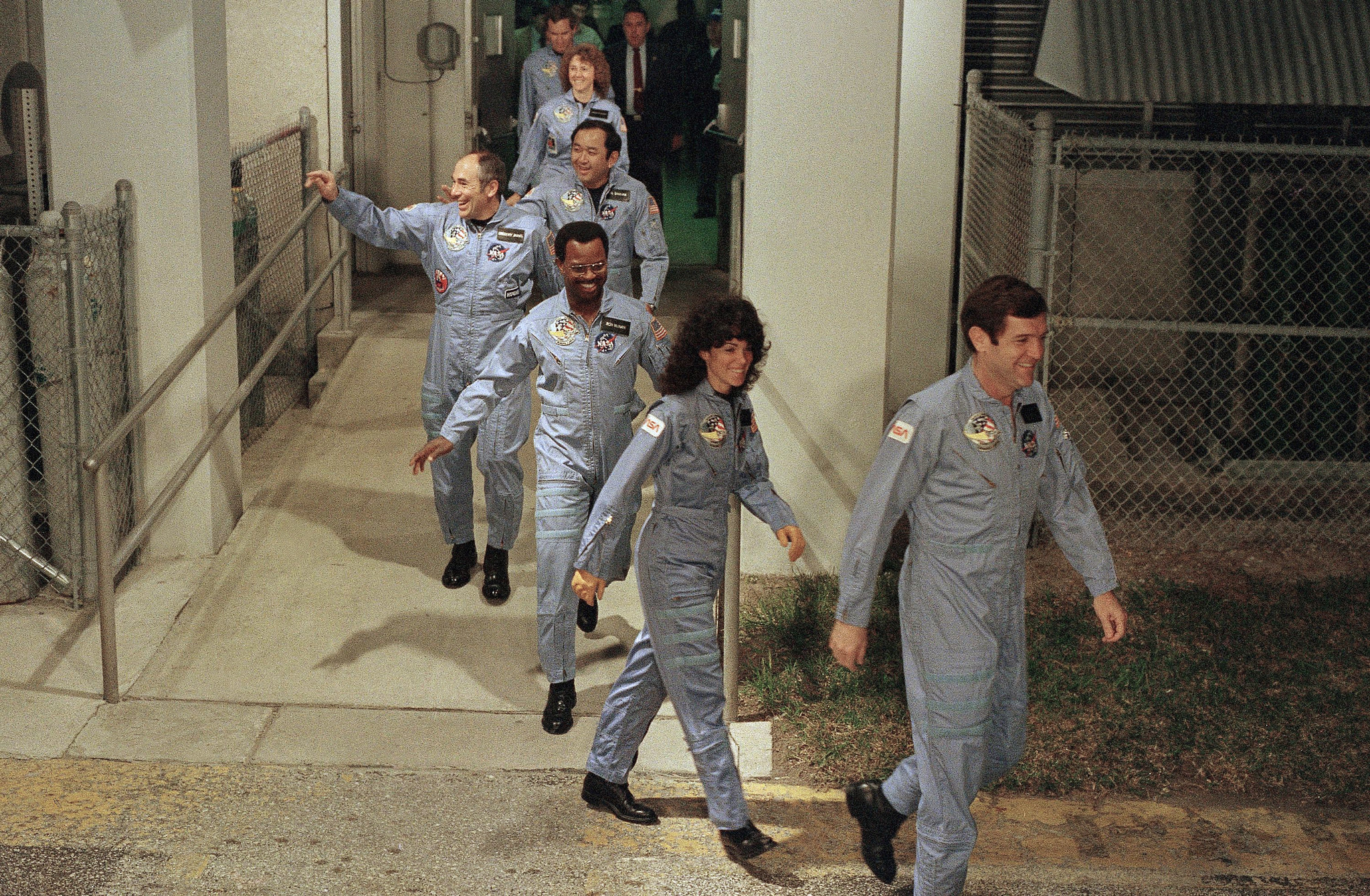 
10:30 p.m. -- The subsequent caucus is an emotional one. Referring to the charts and drawing their own crude diagrams, Thompson and Boisjoly voice strong objections to a launching. It is the unanimous position of all 10 engineers. Lund is also reluctant to launch. Mason tells Lund to take off his engineering hat and put on his management hat. Mason, Kilminster, Wiggins and Lund then vote to approve a launching.

Meanwhile, at the Kennedy Center, McDonald argues with Reinartz and Mulloy that the launching should be delayed.

11 p.m. -- When the teleconference is resumed, Kilminster reports that Morton Thiokol has reassessed its recommendation and determined that the data on the effects of cold is inconclusive. Morton Thiokol now recommends launching. Hardy asks that the rationale for launching be put in writing and telefaxed to the Kennedy and Marshall centers.

11:15 p.m. -- At the Kennedy Center, McDonald continues to argue with Mulloy and Reinartz against launching, not only because of the cold's effects on O-rings but because of high winds in the recovery area and ice on the launching pad. He is told that this is none of his concern but that it will be passed along. McDonald says that, if anything happens to this launching, he would not want to have to support the decision to launch to a board of inquiry.

11:45 p.m. -- At Kennedy Center, a telefax arrives from Utah containing Morton Thiokol's launching recommendation. It is signed by Kilminster. McDonald delivers the copy to an office where he overhears Reinartz and Mulloy on the phone to Aldrich in Houston. The Marshall officials do not mention the O-ring concerns.


5 a.m. -- Mulloy tells Lucas about Thiokol's O-ring concerns and shows the Marshall Center director a copy of the Kilminster telefax.

7 a.m. -- Ice team members survey the launching pad area and record temperatures on the right solid rocket booster of about 8 degrees (F) near the aft section. Because surface temperatures of the booster are not considered in pre-launching reviews, these readings are not reported.

9 a.m. -- In another mission management team meeting, the ice conditions at the launching complex are reviewed, but there is no discussion of temperature effects on the O-rings.

11:38 a.m. -- In Utah, a troubled Thompson refuses to watch the launching on television. In his office with a colleague, he relives the frustration of his futile effort to delay the flight.

At Kennedy Center, Challenger thunders for the heavens. 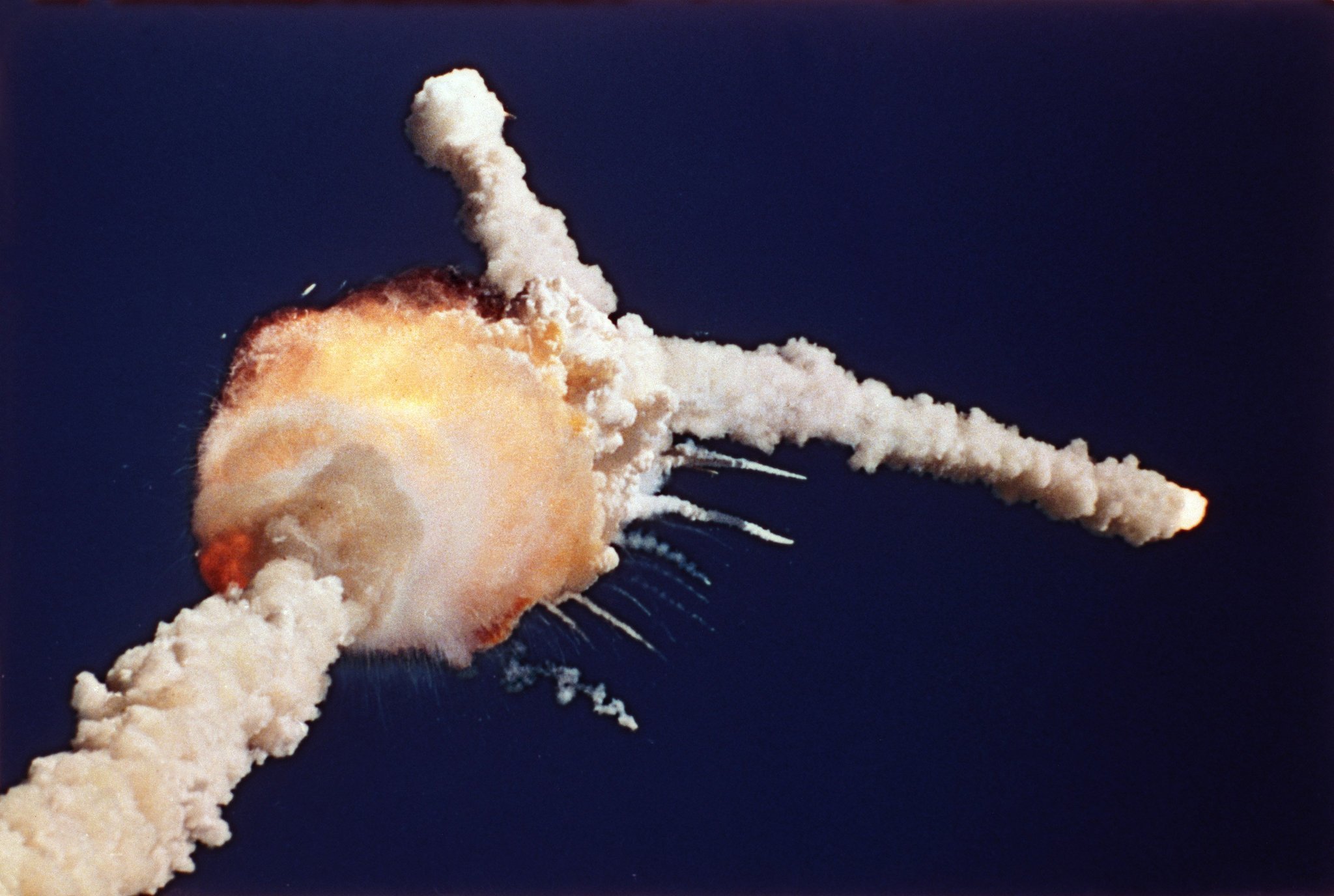