NASA's Cassini spacecraft swooped by Titan this week for the closest flyby of Saturn's moon of the spacecraft's current mission.

Cassini zoomed in as close as 598 miles above Titan's surface on Monday, according to the Jet Propulsion Laboratory. (For comparison, that's about 50 miles closer than L.A. is to Albuquerque, as the crow flies.) Steering the spacecraft that close to Titan is rather impressive considering the Cassini team is accomplishing this from nearly a billion miles away.

The space agency released raw images earlier this week from the flyby. The moon is known for the haze covering its surface, which looks milky in the images below. NASA says it's a natural photochemical smog, and it actually has an orange-y hue. Cassini has cut through all that haze and provided a view of what scientists say is one of the most Earth-like worlds discovered thus far. 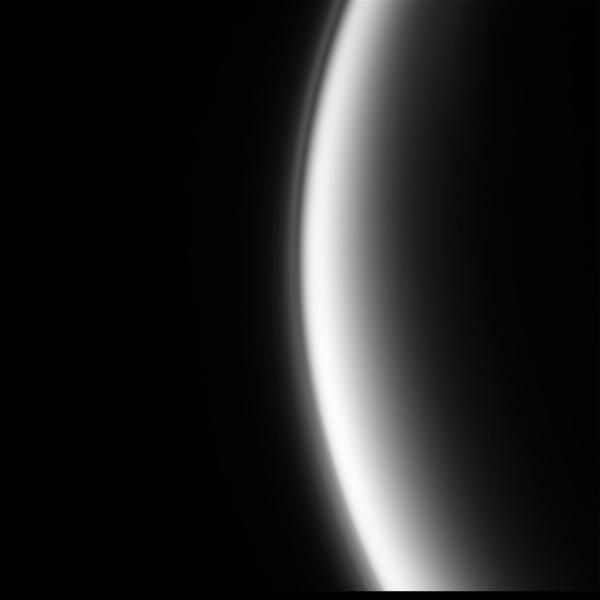 The image below was taken when Cassini was 109,083 miles from Titan, according to JPL. On this flyby, scientists were aiming to get a taste of Titan's upper atmosphere. NASA used Cassini's Ion and Neutral Mass Spectrometer to take a sample and get a better handle on the composition of gases and other compounds. The INMS "was the prime instrument at closest approach," according to the space agency. 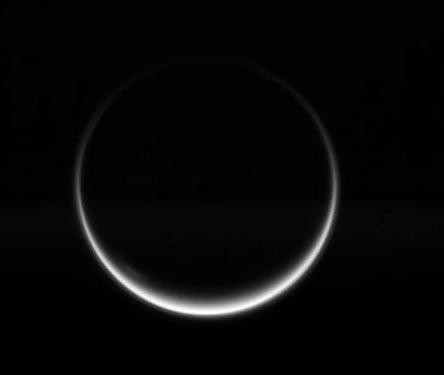 In its close encounter with Titan, Cassini snapped images of the moon's northern polar lakes and seas. The raw image below requires a little imagination. Squint and you can make out the shapes of these bodies -- which don't hold water but contain liquid methane and ethane.

Among Cassini's recent discoveries was waves in Titan's seas, the first time waves like those on Earth had been seen on another world. 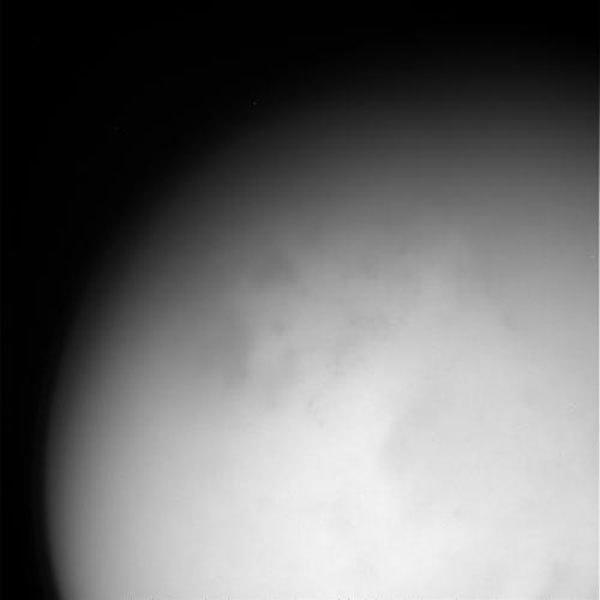 A colored mosaic provides a clearer look at Titan's oceans and lakes. 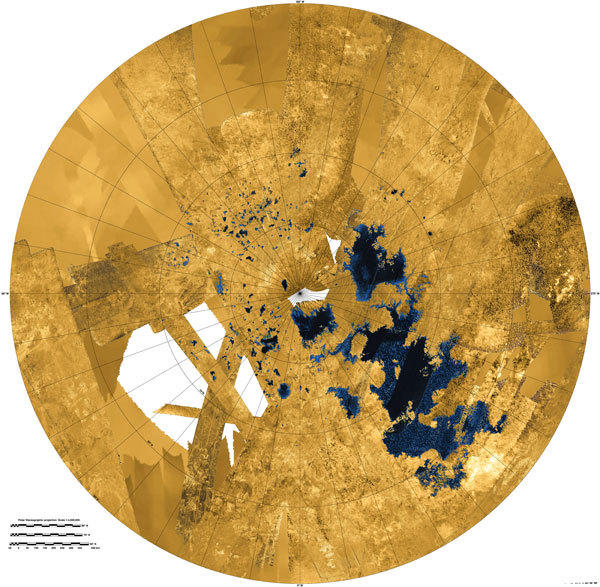 Here's an image bonus: a simulated view of Titan from Cassini, from JPL's Solar System Simulator, showing what the moon would like today as viewed by the spacecraft. 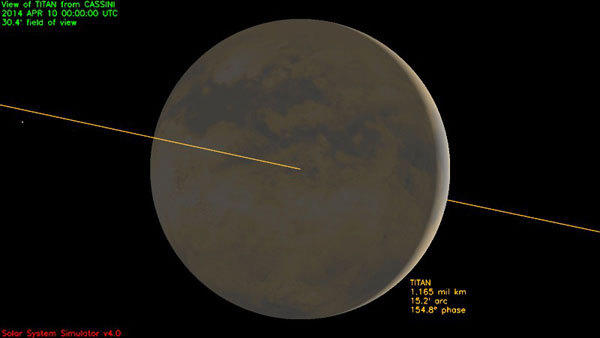