Hi, welcome to another edition of Dodgers Dugout. My name is Houston Mitchell, wondering who are all these new players in Dodgers uniforms.

We all wanted the Dodgers to upgrade their rotation and bullpen by the trade deadline, and they have done that. No, they didn't get David Price (who went to Toronto) or Cole Hamels (Texas), but they didn't really need either of those guys, especially in the playoffs. They needed a solid No. 4 and 5 guy behind Clayton Kershaw, Zack Greinke and Brett Anderson. They got two starters: Mat Latos and Alex Wood. Let's take a look at both.

Latos, a right-hander, is 27 and throws four pitches: a four-seam fastball, a slider, a sinker and a split-fingered fastball. He had a 4.48 ERA with Miami and has had elbow issues, but he had a 2.96 ERA in his last seven starts and is a significant upgrade over whatever fifth starter the Dodgers decided to use each week. (Yes, I'm looking at you, Zach Lee.)

Wood is a 24-year-old left-hander who basically relies on a fastball in the mid-90s and a great changeup. He keeps the ball down, has excellent control and will probably be in the Dodgers rotation for the next few seasons. He has a career 3.10 ERA. 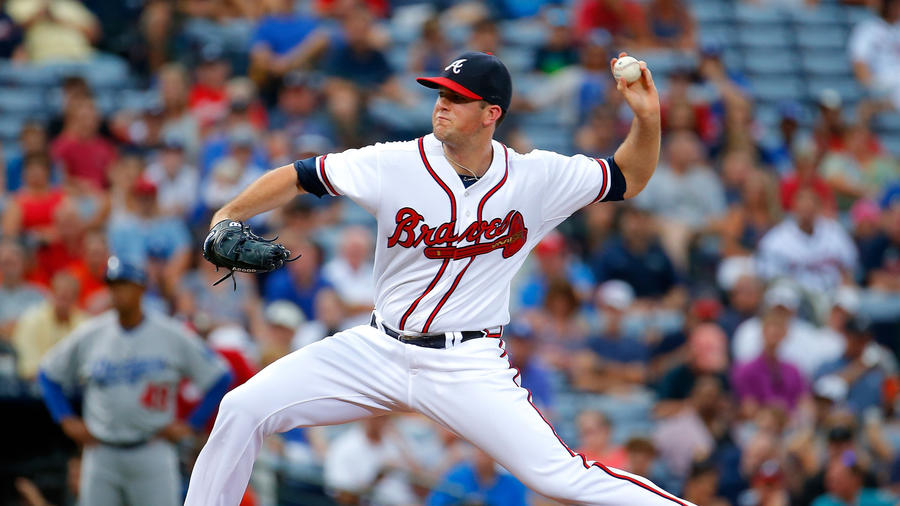 Now, some of you are probably saying, "They should have gotten Price or Hamels," and I can understand that. But remember, last season the Detroit Tigers had Price (the 2012 Cy Young winner), Justin Verlander (2011 Cy Young winner) and Max Scherzer (2013 AL Cy Young winner), and they got swept in the first round of the playoffs.

Latos and Wood will give the Dodgers a chance to win every day, and once they get to the playoffs, they need Kershaw to pitch like Kershaw.

On to the bullpen

The best acquisition the Dodgers made was in the bullpen. They acquired Jim Johnson, a 32-year-old right-hander, from Atlanta. Johnson is an excellent reliever and will give the team the set-up man they have desperately needed. Johnson led the American League in saves with Baltimore in 2012 (51) and 2013 (50). He is a groundball machine, with a 61% groundball rate. His biggest problem is his name. Jim Johnson doesn't exactly strike fear in your heart when you hear it. In fact, I would expect the team accountant to walk to the mound when they say, "Now pitching, Jim Johnson." First thing he needs: a good nickname.

The Dodgers also acquired Michael Morse, a 33-year-old outfielder-first baseman who can't hit anymore. It is thought that the Dodgers agreed to take Morse from Miami as part of a salary dump in exchange for Miami accepting lower-level prospects from the Dodgers in the deal. The Dodgers have already designated Morse for assignment.

Bronson Arroyo, a 37-year-old right-hander who is out all season after Tommy John surgery, also became a Dodger. Why? Same reason we got Morse.

Finally, the Dodgers also acquired minor leaguer Jose Peraza, considered by some to be the Braves' top prospect. Peraza is 21 and plays second base. He was hitting .294 in triple-A for Atlanta, which is great considering his age. The Dodgers sent him to triple-A Oklahoma City, but he's someone worth keeping an eye on.

To get all those guys, the Dodgers had to give up something, but fortunately they didn't have to give up any top prospects. The biggest name sent away was Hector Olivera, whom they signed to a $62.5-million deal in May. The Dodgers will pay his entire signing bonus of $28 million. Looks like the Dodgers have decided that Justin Turner is their third baseman of the future, and that's a good decision.

Also dealt: Left-handed reliever Paco Rodriguez and minor-league pitchers Zach Bird, Victor Araujo, Jeff Brigham and Kevin Guzman. Bird has a fastball and that's about it, Araujo also has a great fastball and not much else, Brigham has already had Tommy John surgery once and was struggling at Class A Rancho Cucamonga, and Guzman projects to be a solid No. 4 starter one day.

Also, to make room on the 40-man roster for all the new guys, the Dodgers basically said goodbye to the following players by designating them for assignment: Morse, Brandon Beachy, Chris Heisey and Chin-hui Tsao.

What does all this mean?

This means the Dodgers have a new rotation. Let's compare:

Again, would it have been nice to have acquired Aroldis Chapman and Craig Kimbrel? Sure. But we can assess only what we have. And this pitching staff is much better today than it was last week.

Just because the trade deadline is over, that doesn't mean the Dodgers are done. It is still possible for trades to be made, but the player has to go through waivers first, which means it will be difficult. But it is possible. Also, the Dodgers will have to send a couple of players to the minors to make room for their new players. Who will go? We'll talk about all that in the next edition of Dodgers Dugout.