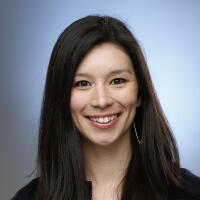 Alexandra Manzano is the former Los Angeles Times’ director of audience engagement. She previously worked for the Oregonian, where she was that newsroom’s first social media editor and engagement strategist. Manzano has lectured on social media and journalism for the American Press Institute, Associated Press News Editors and AEJMC and was an organizer for the Online News Assn.’s Portland chapter. A native of Portland, she earned a degree in broadcast journalism from Pepperdine University. She left The Times in January 2018.