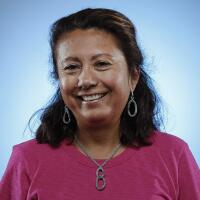 Amanda Covarrubias is the former Central Coast reporter for the Los Angeles Times. Before that assignment, she worked for The Times’ L.A. Now blog, where she edited stories on the trials and tribulations of Justin Bieber, Lindsay Lohan and Chris Brown, as well as non-celebrity California news like wildfires, crimes and shark attacks. She was part of the team that won the 2004 Pulitzer Prize for breaking news reporting, and the team that was named a finalist for the 2015 Pulitzer Prize for breaking news reporting of the Isla Vista shootings. She left The Times in 2015.