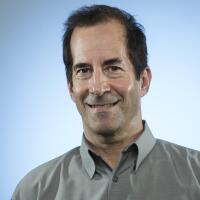 Former Los Angeles Times staff writer Jeff Gottlieb shared the Pulitzer Prize for public service in 2011 for uncovering corruption in Bell. He also received the George Polk and the Selden Ring awards, among others. He previously won a Polk award while working at the San Jose Mercury News for uncovering Stanford’s questionable spending of federal funds. He received a bachelor’s in sociology from Pitzer College in Claremont and a master’s in journalism from Columbia University.