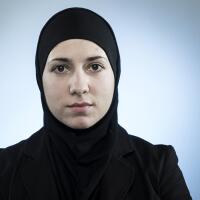 Raja Abdulrahim is a former staff writer for the Los Angeles Times. Previously on the Metro staff, Abdulrahim spent a few years reporting from the Middle East, especially Lebanon and Syria. Earlier, she joined coverage of the Arab Spring revolutions and reported from Tahrir Square during the resignation of Egyptian President Hosni Mubarak as well as the first weeks of the Libyan uprising. She started at The Times in 2008.