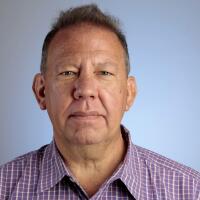 Richard A. Serrano was a federal law enforcement and terrorism reporter in the Los Angeles Times’ Washington, D.C., bureau. He left The Times in 2015. Serrano previously covered the Rodney King beating and riots, the Oklahoma City and Sept. 11 terror attacks, school shootings in Colorado, Virginia and Connecticut, military courts martial and the porous U.S. border with Mexico. He has written three books, the latest “Last of the Blue and Gray” about the final survivors of the Civil War.