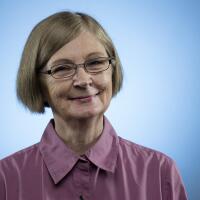 As a Los Angeles Times data analyst, Sandra Poindexter crunched the numbers to provide information for daily stories as well as short- and long-term investigative projects. In 2011, she was part of a team that won the Nieman Foundation for Journalism’s Worth Bingham Prize for Investigative Reporting for the series “Billions to Spend,” which documented mismanagement in a multi-billion dollar program to rebuild Los Angeles’ community colleges. She also shared the 2010 Scripps Howard National Journalism Award for the public service series, “Grading The Teachers.” The series also won the 2010 Philip Meyer Journalism Award from Investigative Reporters and Editors. Poindexter left The Times in 2017.