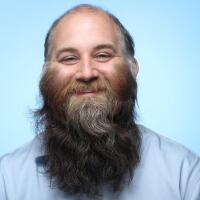 Chad Garland covered the city of Burbank and Bob Hope Airport for the Burbank Leader until 2016. Previously, he has covered Arizona’s congressional delegation in Washington, D.C., for Cronkite News Service and Oregon’s Legislature for the Associated Press. His work investigating questionable veterans’ charities as part of the award-winning News21 national investigative project “Back Home” earned a “Best in Business” award from the Society of American Business Editors and Writers in 2013. Before becoming a reporter, he spent more than a decade in various assignments related to national defense. An Illinois native, his first California address was at Marine Corps boot camp in San Diego. He has degrees from the University of Illinois at Urbana-Champaign and Arizona State University, as well as a diploma from the Army’s Defense Language Institute in Monterey, where he learned to speak Russian.