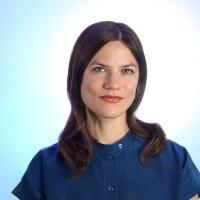 Lila Seidman covers Glendale City Hall and other local goings-on for the Glendale News-Press. A Los Angeles native, she’s been deeply invested in community news since first cutting her journalistic teeth at Patch’s North Hollywood bureau in 2011. She has since written on eclectic topics, from criminal law to arts and entertainment, for publications including LA Weekly, Gawker, Vice and the Daily Journal. She graduated from Reed College in Portland, Ore., where she studied Russian and psychology.