Planning experts look to the past to predict the future

What will Southern California look like in the future?

The Times asked this question back in 1988, when 60% of the population was white and it took only 15 minutes to zip down the freeway from the Valley to downtown L.A. Planning experts crunched some numbers and gave their best guess for 2010. Some of their projections came pretty close. Other changes since the 1980s took everyone by surprise. Studying these numbers helped officials rethink what it might be like by 2040.

"These projections are the basis for everything that we plan," said Hasan Ikhrata, executive director of the Southern California Assn. of Governments, which has been making these forecasts since 1972. Water districts can calculate for expanding water needs and housing officials can plan for development based on age and household estimates. 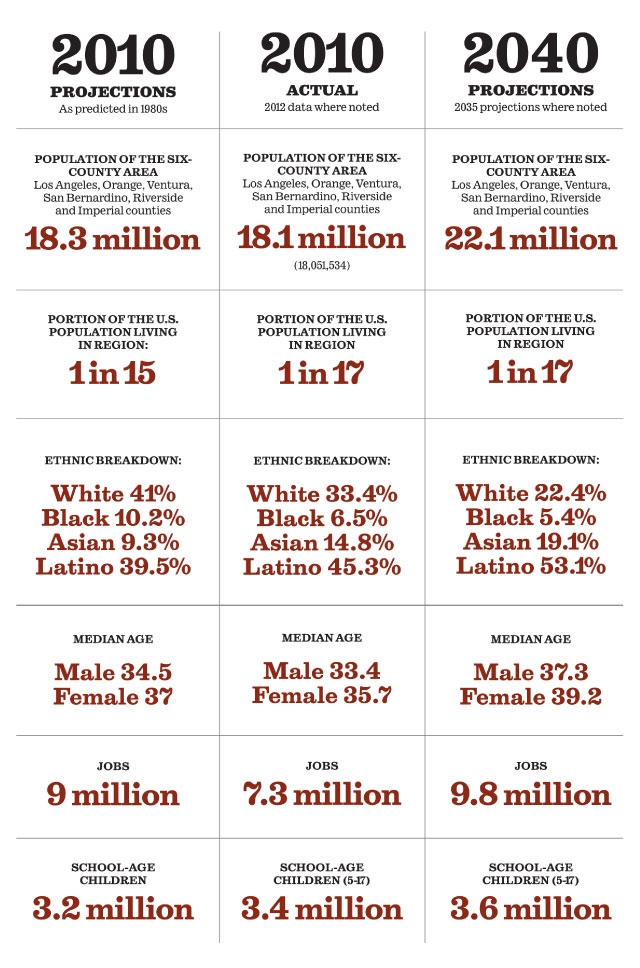 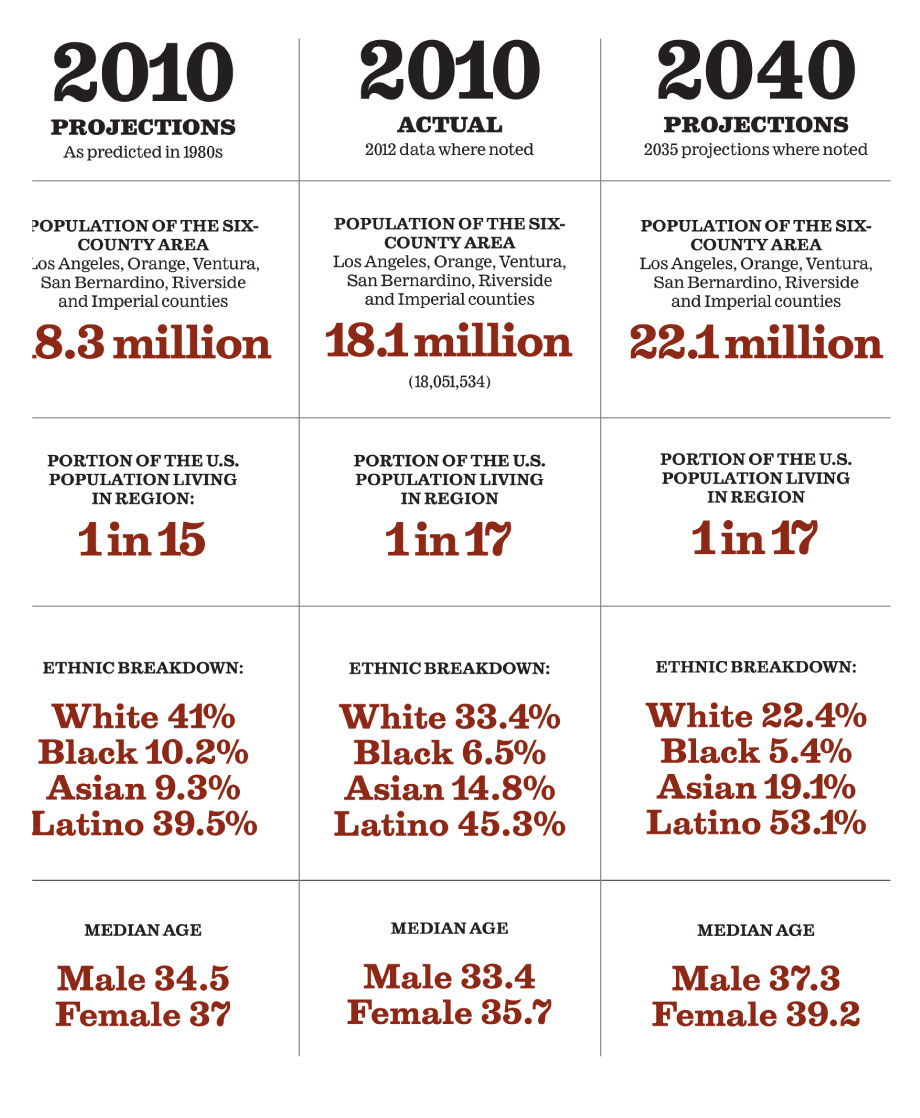 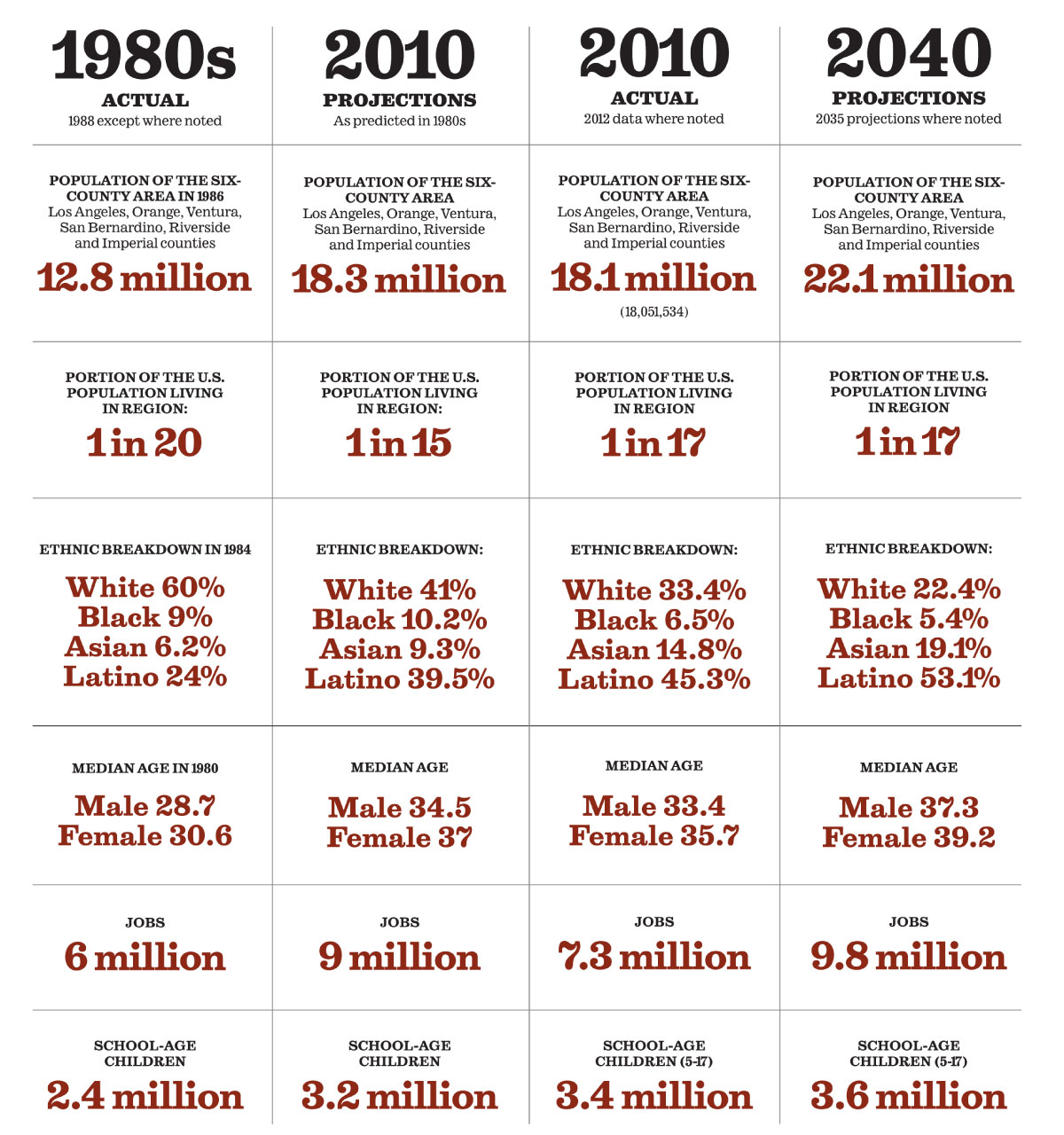 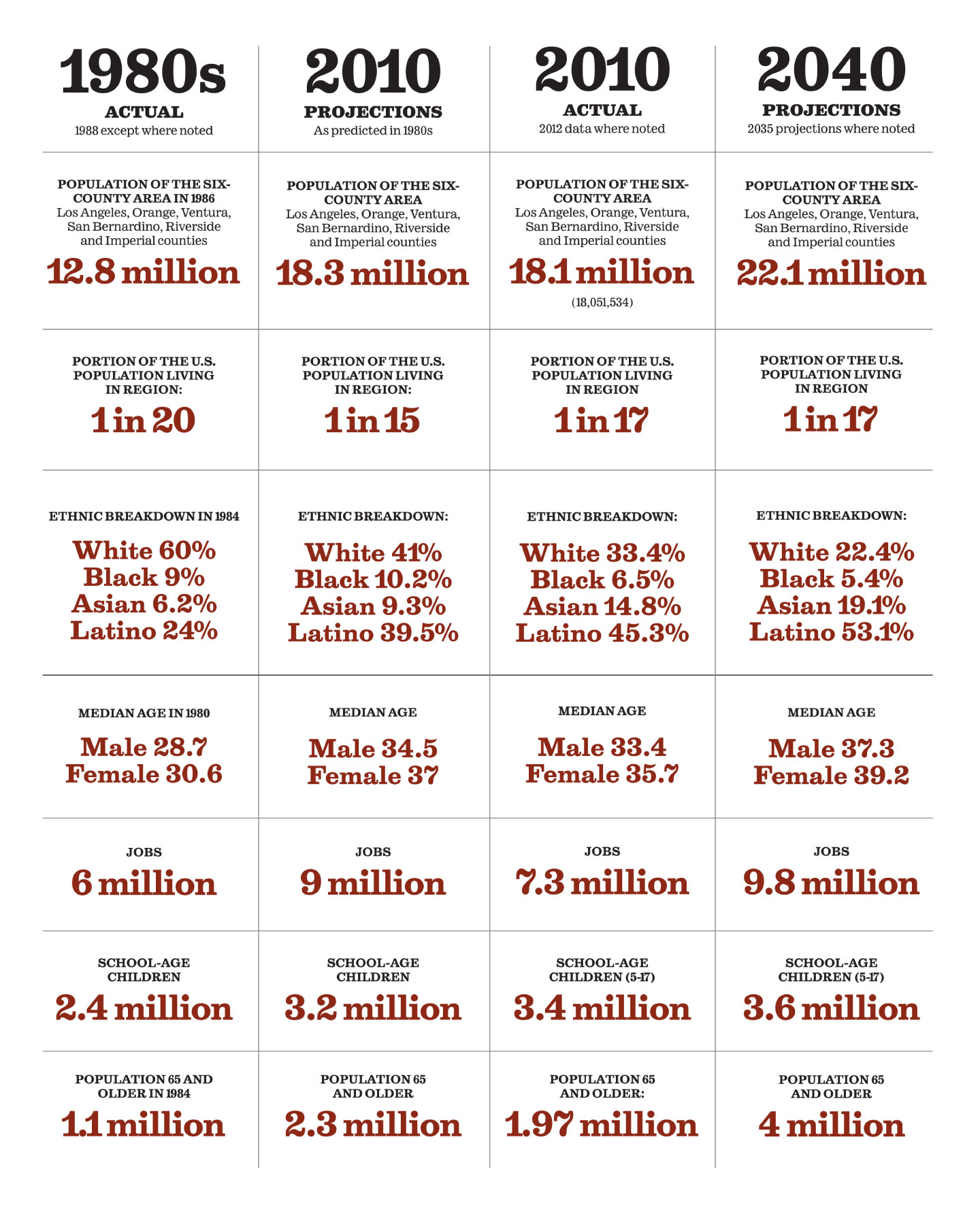 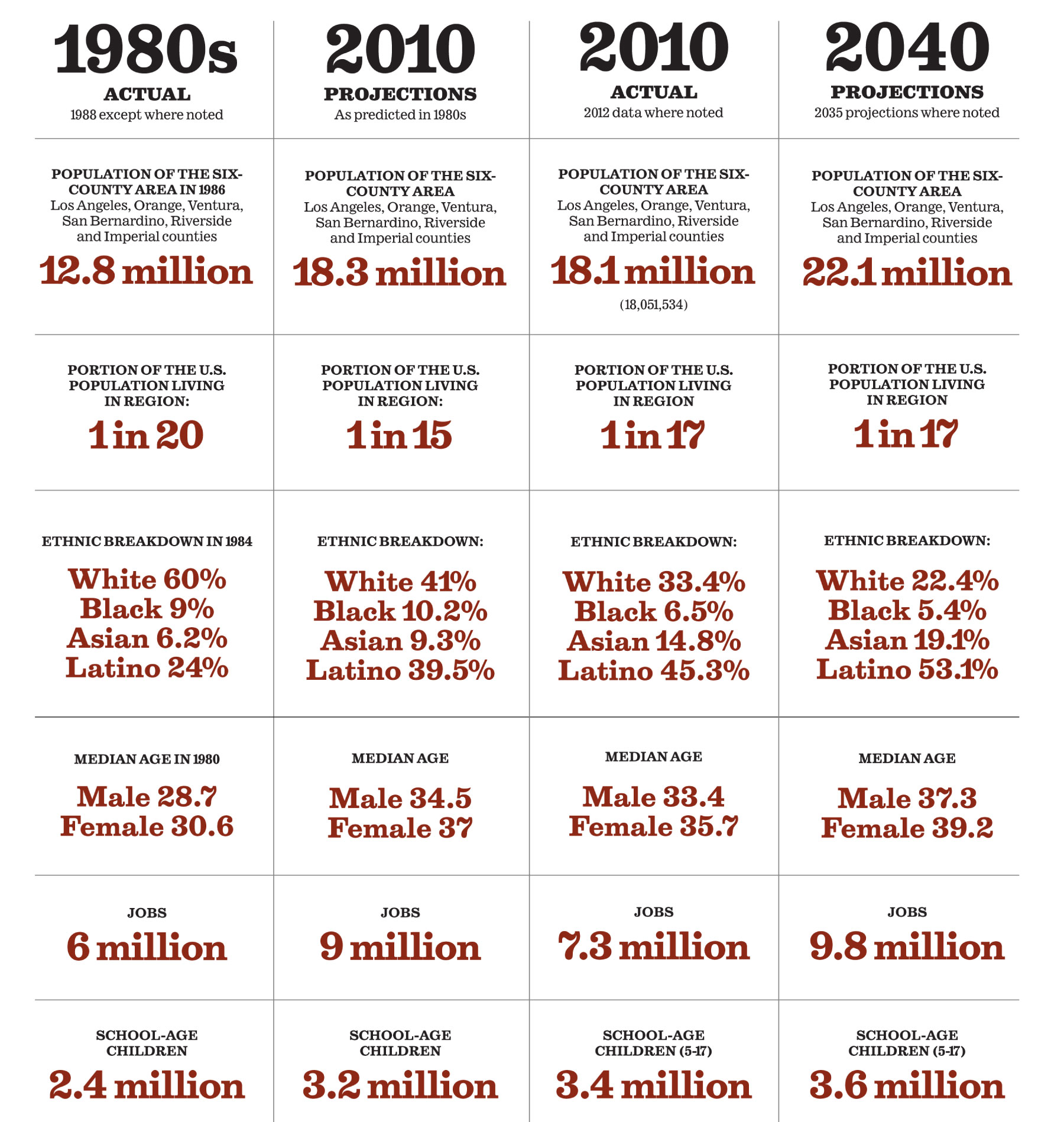 POPULATION: Experts projected that the region's population would grow from 12.8 million in the 1980s to 18.3 million by 2010. The actual 2010 population turned out pretty close: 18.1 million. Demographic researchers were also on the right track when they projected a more diverse future, but they underestimated the growth of the Asian and Latino communities. By 2040, the population is expected to be more than 50% Latino and less than one-quarter white.

GENERATION GAP: One big surprise was how the millennial generation would reshape traditional ways of life in Southern California. Who in the 1980s could've predicted that Uber and Lyft — two ride-hailing services popular with young people and increasingly others as well — would make not having a car in L.A. possible?

"Nobody, not in academia or any public agency, got this right. The millennial behavior is shocking to many," Ikhrata said. "They're not in a hurry to get their licenses. They don't like to drive as much as we do. They like to carpool, bike and walk if they can. We missed that because none of us expected the technology to move so fast."

HOUSING: Millennial behaviors have, and will continue to, affect the way officials think about housing, Ikhrata said. Most developments are now multifamily homes and mixed-use projects that form walkable mini-communities.

"The baby boomers are going to be afraid to sell their houses because they're afraid they won't be able to find another affordable place," Ikhrata said. "We are expecting them to retire in place."

LIVING CLOSER: As for traffic, comparing commute times, then and now, is tricky. Some people are living closer to work, and more millennials are hitting the streets by bike or on foot. And the region's driving habits have changed since the 1980s: Instead of making separate trips to the dry cleaner, the grocery store and day care, we now multitask and do everything in one drive, Ikhrata said.

COMMUTING: But there's no debating rush hour. Experts projected in 1988 that there would be so many cars by 2010 that a commute from Granada Hills to downtown would take three times as long. Although the official average freeway speed now rounds out to 41 mph, Ikhrata cautioned that that was just the average. During peak travel times — 6 to 9 a.m. and 3 to 7 p.m. — freeway speeds slow down to about 20 mph.

Inching along the freeway at less than 20 mph — our 1988 predecessors got that right.