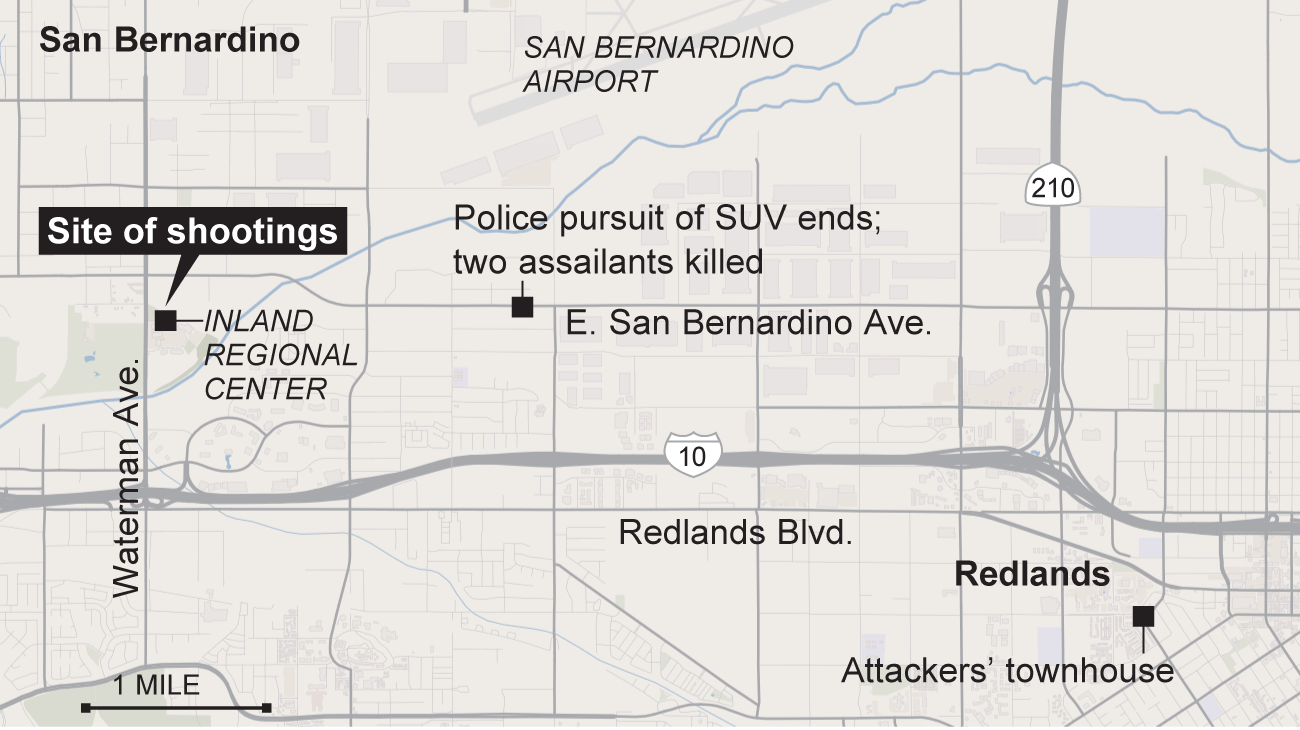 Syed Rizwan Farook and his wife, Tashfeen Malik, entered the Inland Regional Center in San Bernardino with guns, killing 14 people and wounding 21 others. After a car chase, both shooters were killed during a gun battle. Click here for more coverage.

Police said the two attackers were armed with two semiautomatic rifles and two semiautomatic handguns. The handguns were legally purchased by Farook, a federal law enforcement official said, and purchased at Annie's Get Your Gun in Corona. The two rifles were purchased by someone other than the shooters, said Meredith Davis, a spokeswoman for the federal Bureau of Alcohol, Tobacco, Firearms and Explosives. She declined to identify the person and said federal agents have located the person and plan to conduct an interview.

At the pair's townhouse in Redlands, investigators recovered a fifth firearm, a .22-caliber rifle, Davis said. 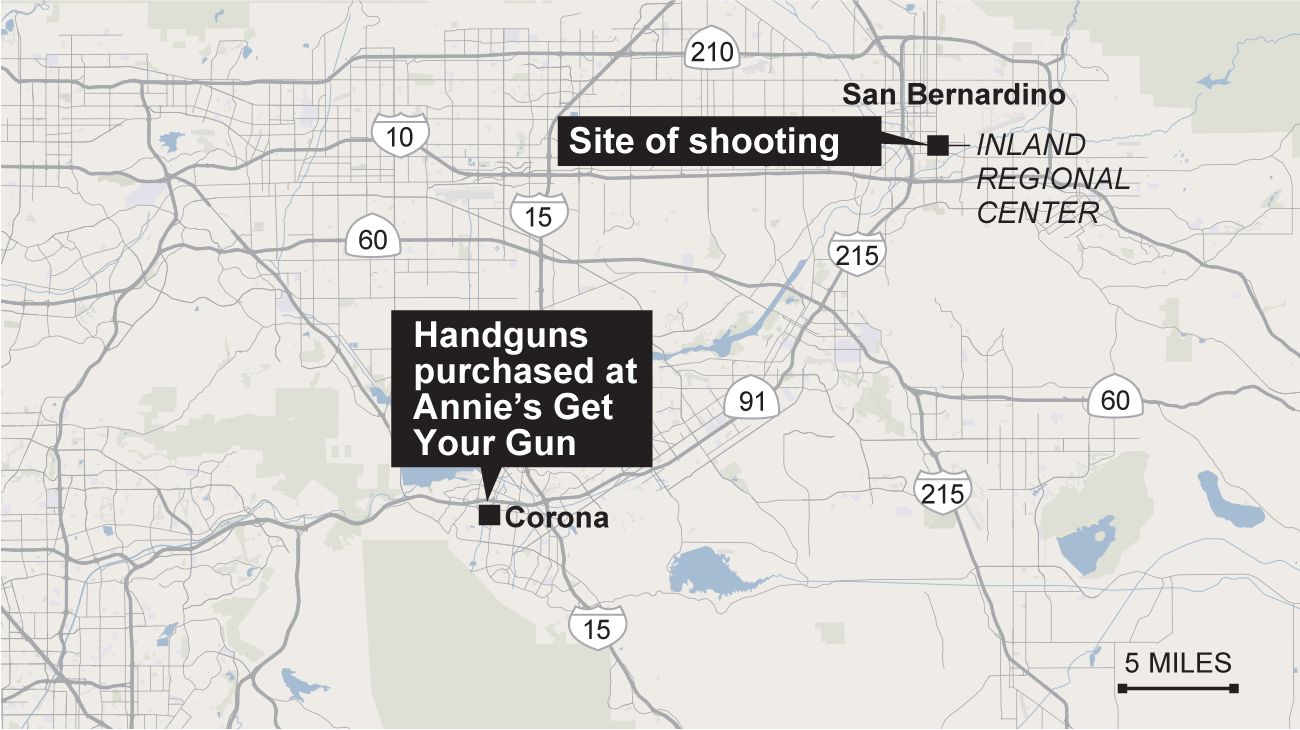 The semiautomatic rifles were a .223-caliber DPMS Model A-15 and a Smith & Wesson M&P15. One of the 9 mm handguns was manufactured by Llama and the other was by Springfield Armory.

The DPMS Model A-15 found with the couple after the shootout had been altered to accept a high-capacity magazine illegal under California law, Davis said.

The Smith & Wesson M&P15 also found with the couple was altered in an attempt to enable the weapon to be fired automatically, Davis said, like a machine gun. The modification is illegal under federal law, she said, adding that initial tests show that the modification did not work and the rifle could not be fired automatically. More tests are yet to be done, she said. 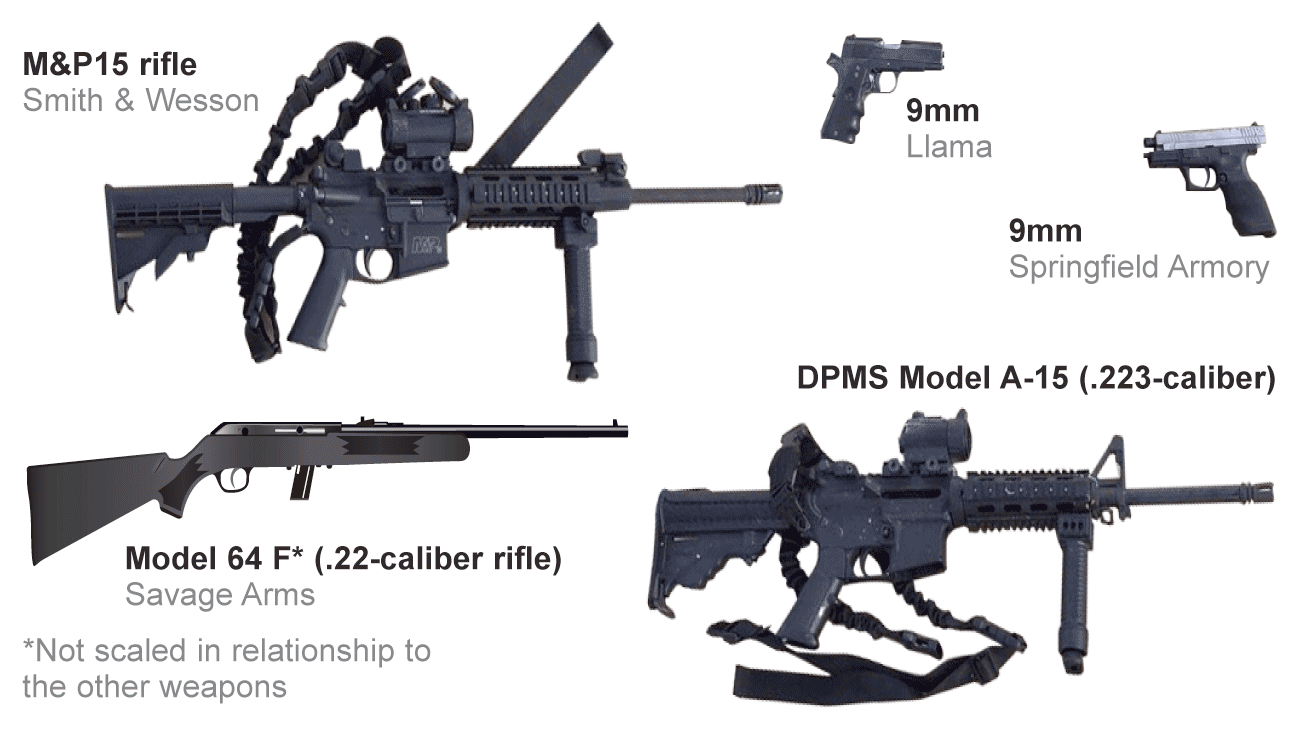 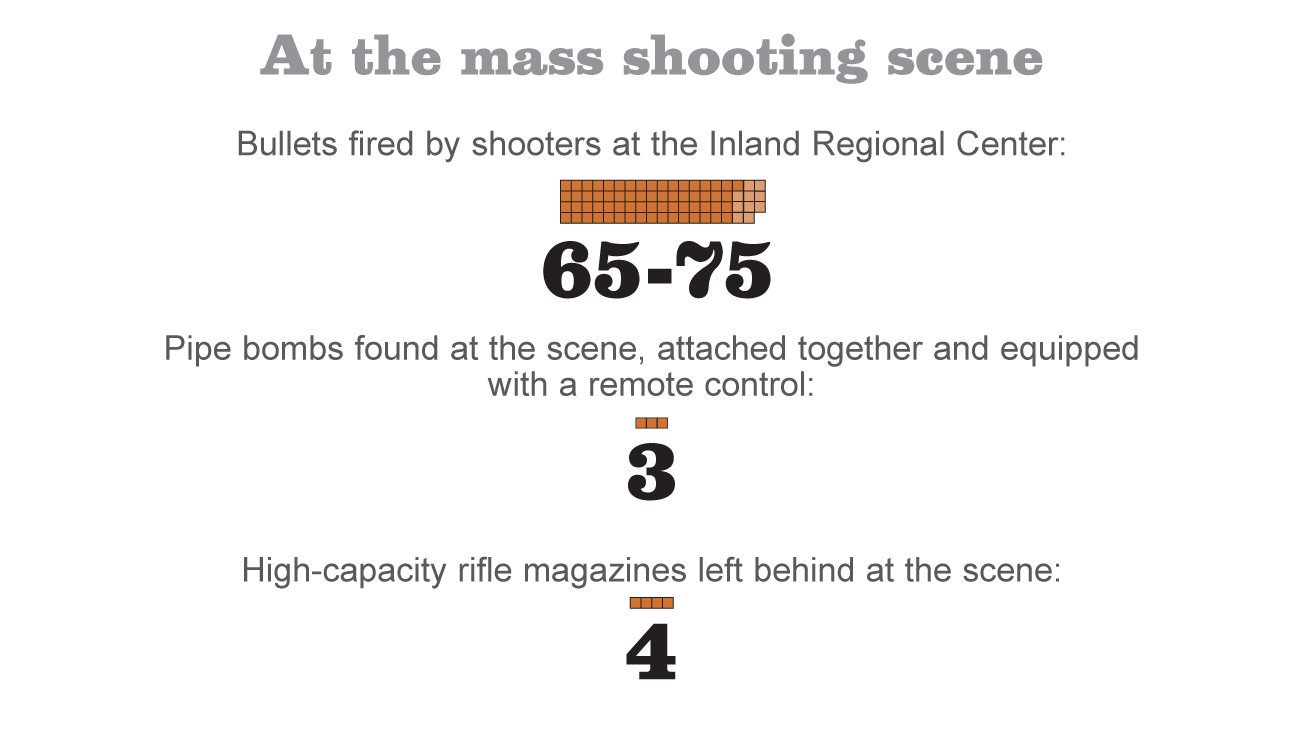 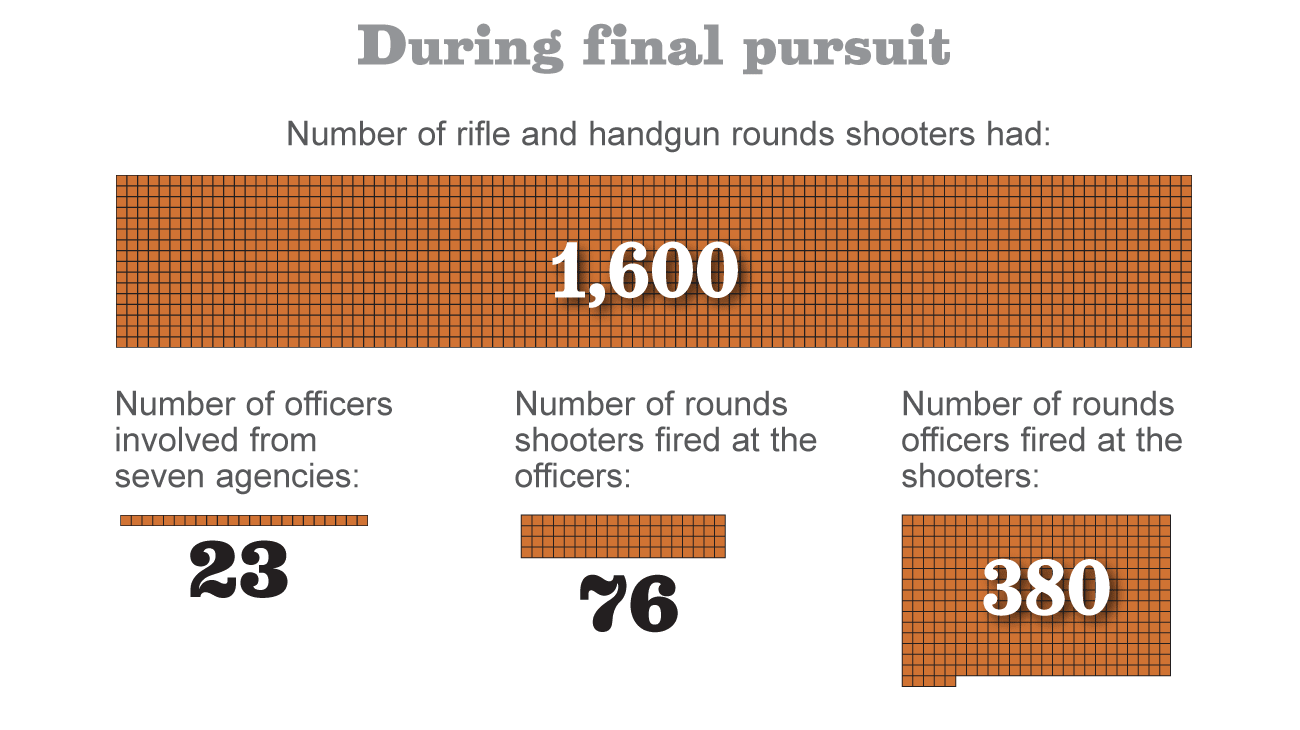 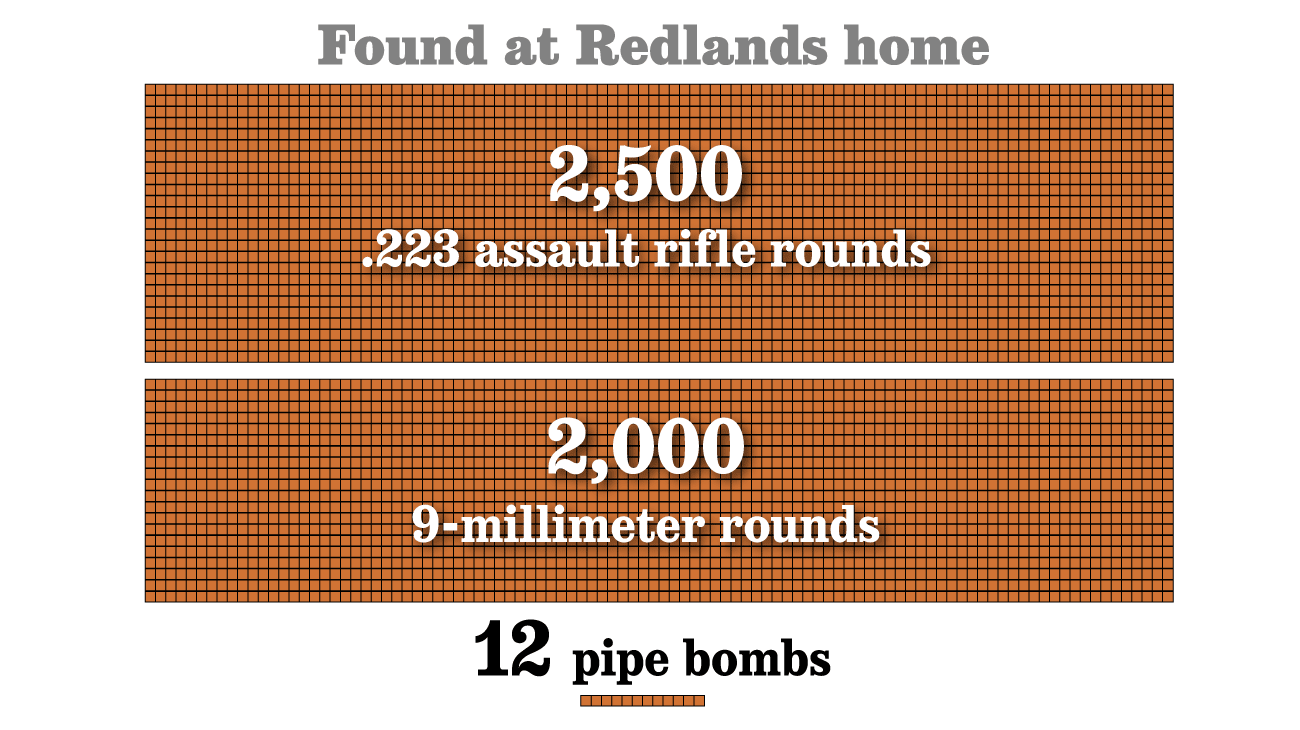 The two began shooting inside a conference room where a training session for county public health department employees had ended and a holiday luncheon for the group was about to begin. 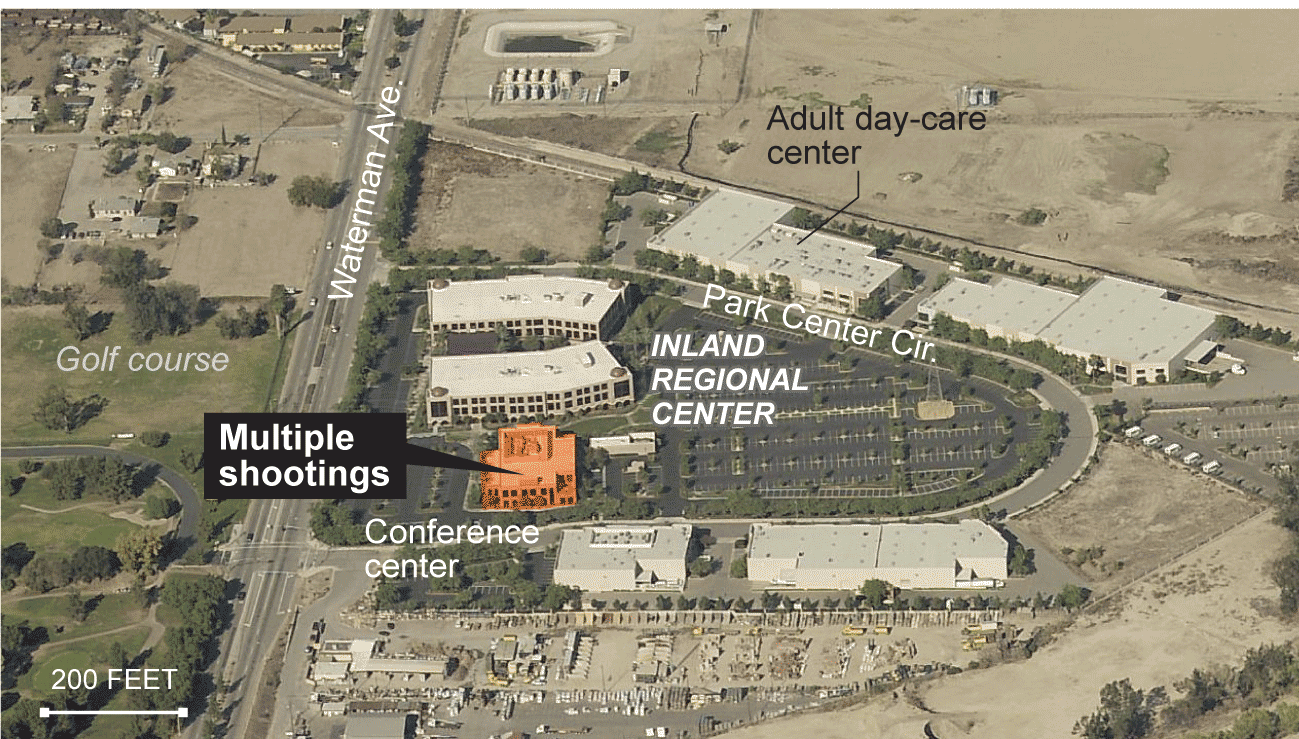 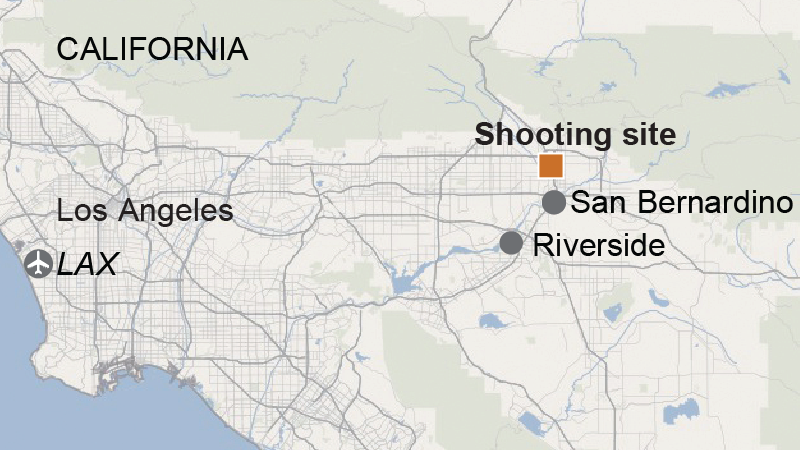 A black sport-utility vehicle was seen fleeing from the office complex where the shooting occurred. After receiving a tip from a person in the building who knew Farook and identified him by name to police, officers learned he rented a black SUV and followed up on a Redlands address connected to him.

As officers approached the townhouse, police encountered the black SUV and began a pursuit back to San Bernardino. At one point, the SUV stops and a gun battle begins. The shooters are believed to have fired first; Malik fires through the SUV's back window toward police vehicles, and Farook, the driver, leaves the car and fires at officers. TV footage showed police vehicles close in on the bullet-riddled SUV, and officers in tactical gear were seen stalking through a San Bernardino neighborhood. The gun battle ends in the couple's deaths. 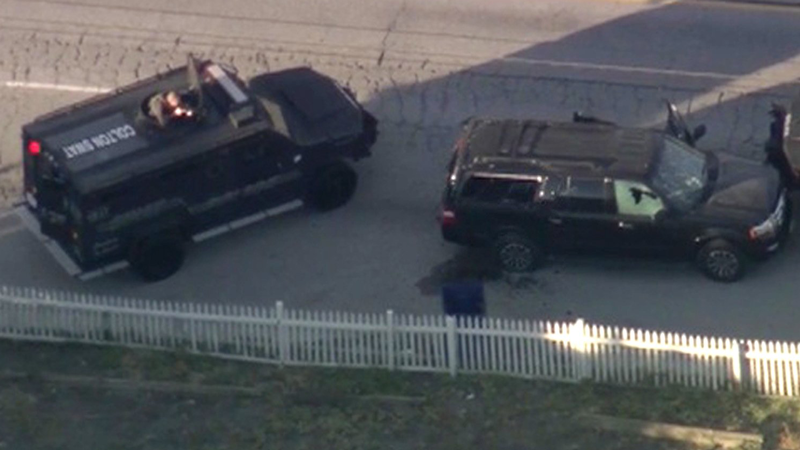 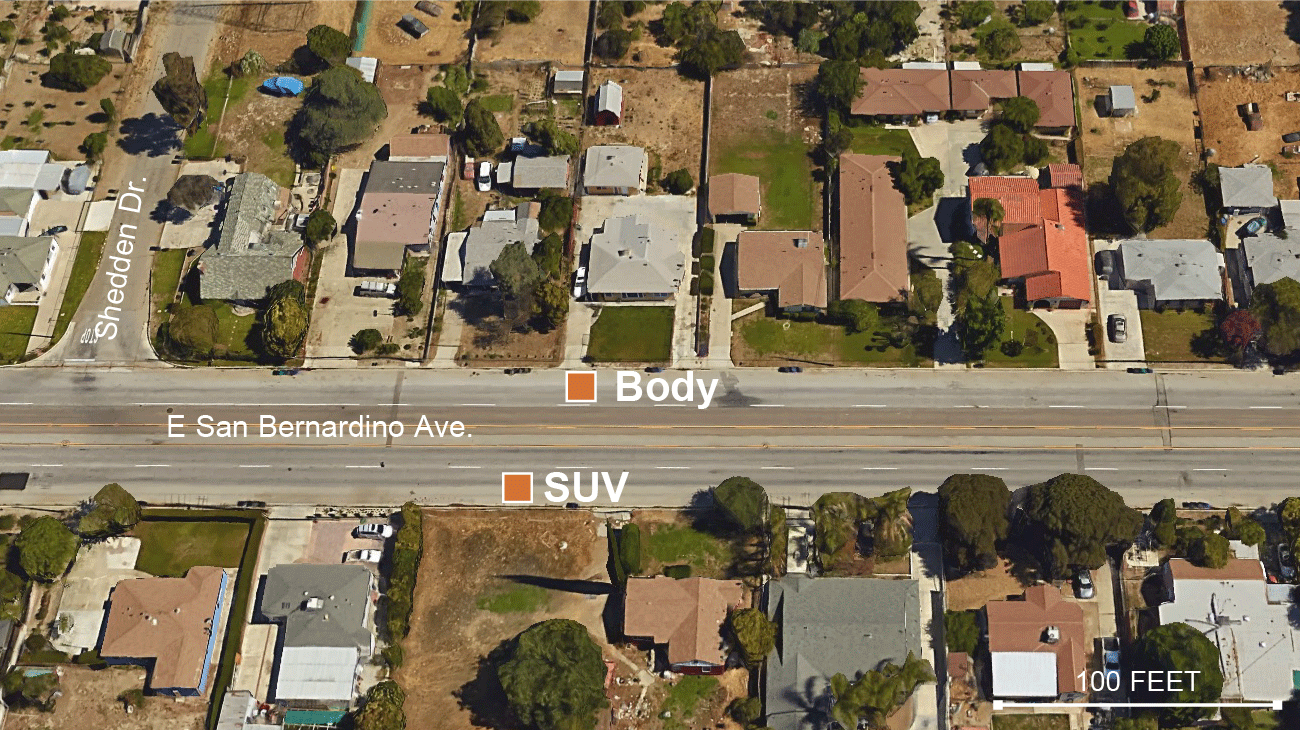 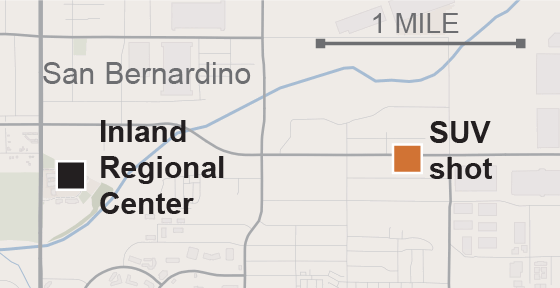 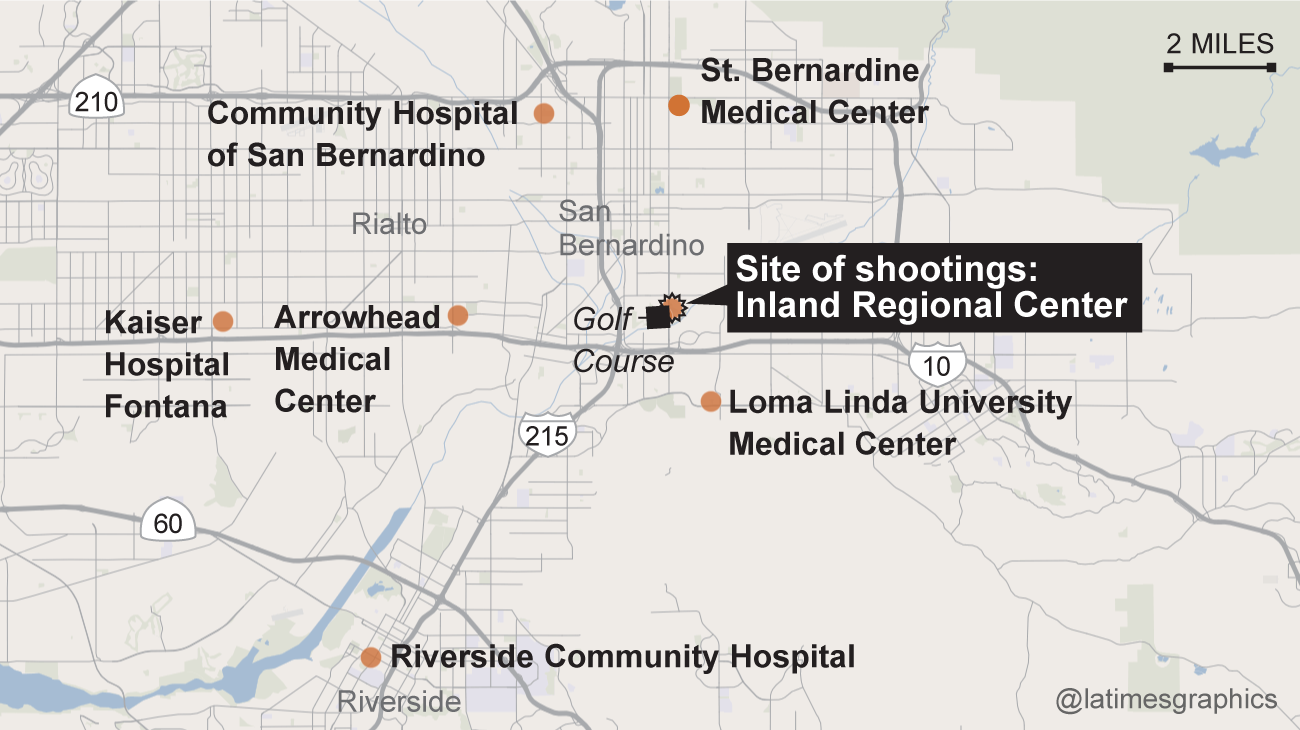 
MORE ON THE SHOOTING