The MWD plans to build a vast water recycling network that would purify sewage from the Sanitation Districts of Los Angeles County and store it in underground aquifers for later use as drinking water. Roughly 150 million gallons per day of treated sewage water would be converted to potable use instead of being flushed into the Pacific Ocean, officials estimate. 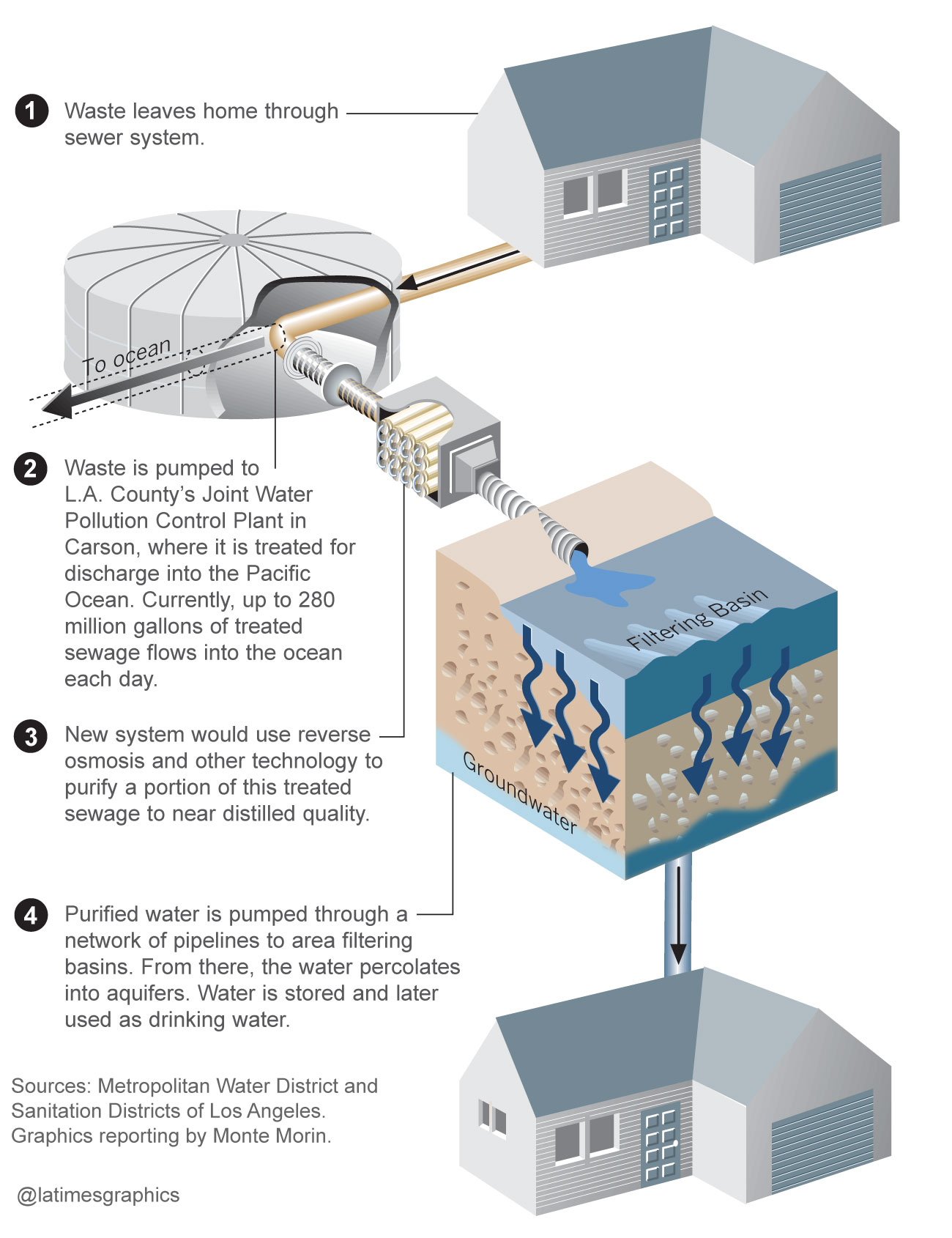