Tornadoes and severe weather strike parts of the U.S. 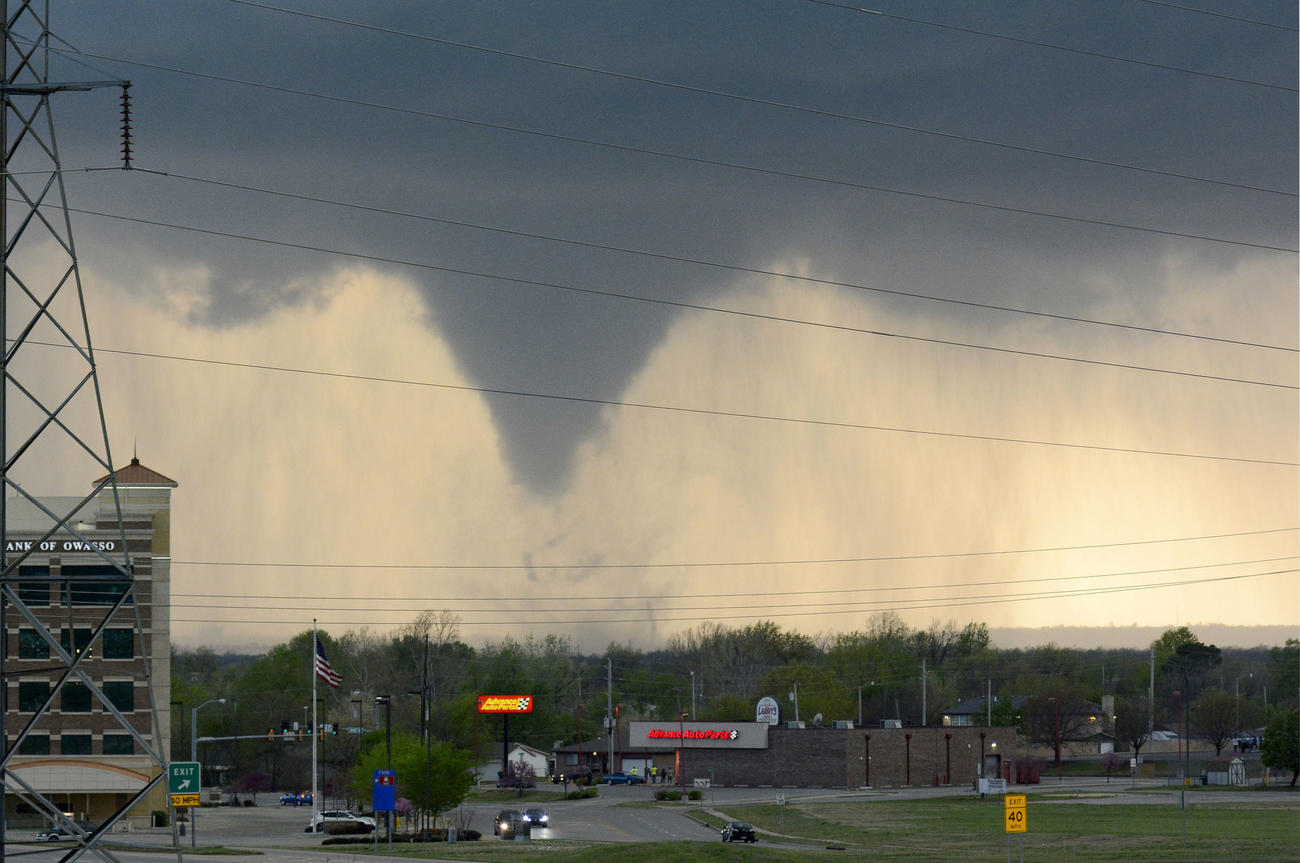 Twister: A tornado touches down in Tulsa, Okla., on Wednesday, March 30, 2016. The National Weather Service is confirming multiple tornado touchdowns in the Tulsa area. 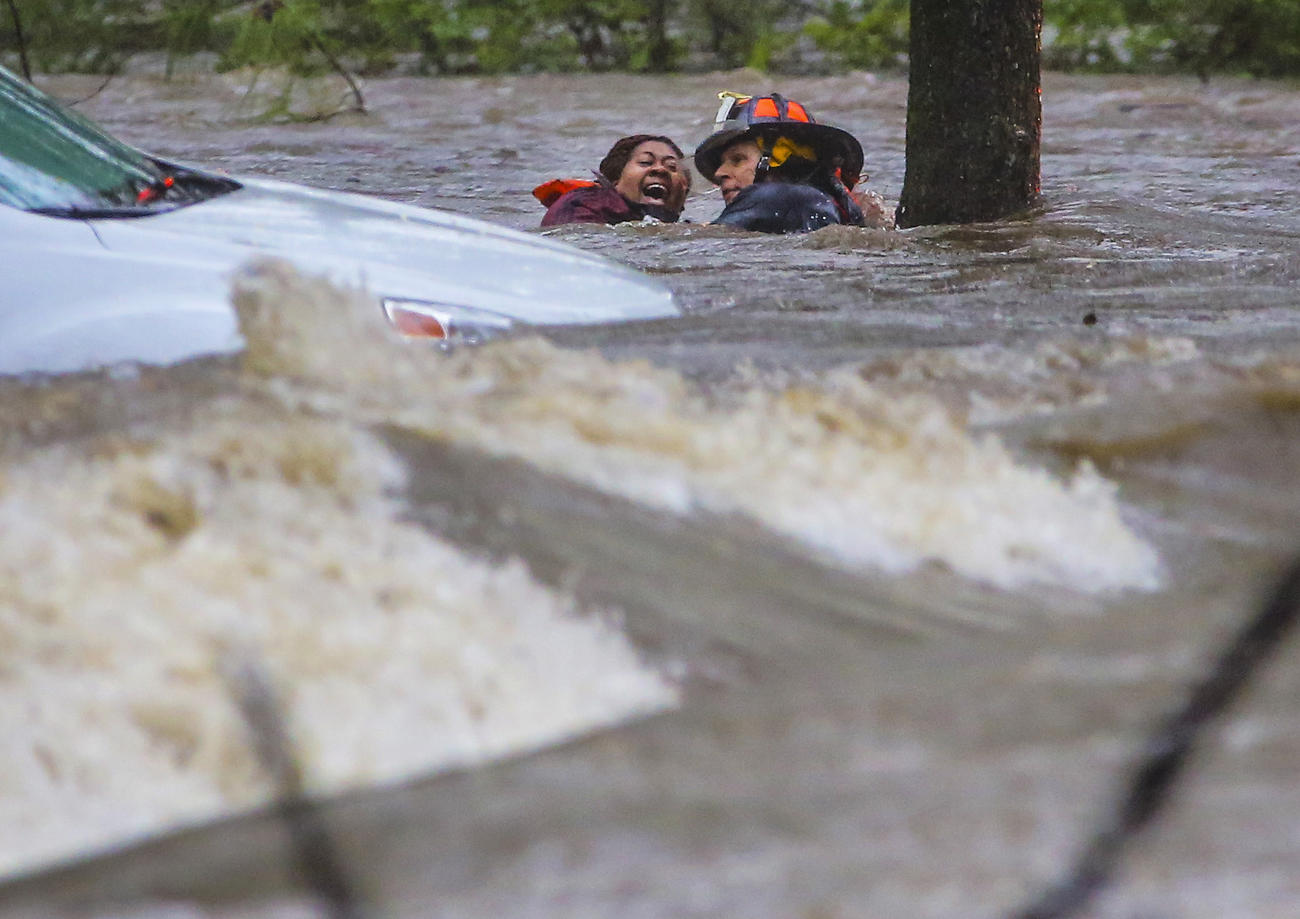 Rescue: Little Rock Fire Capt. Steve Kotch and an unidentified woman stumble and fall into the water as Kotch uses a cable safety line to rescue her from her flooded car in Little Rock, Ark., during heavy rainfall Wednesday, March 30, 2016. 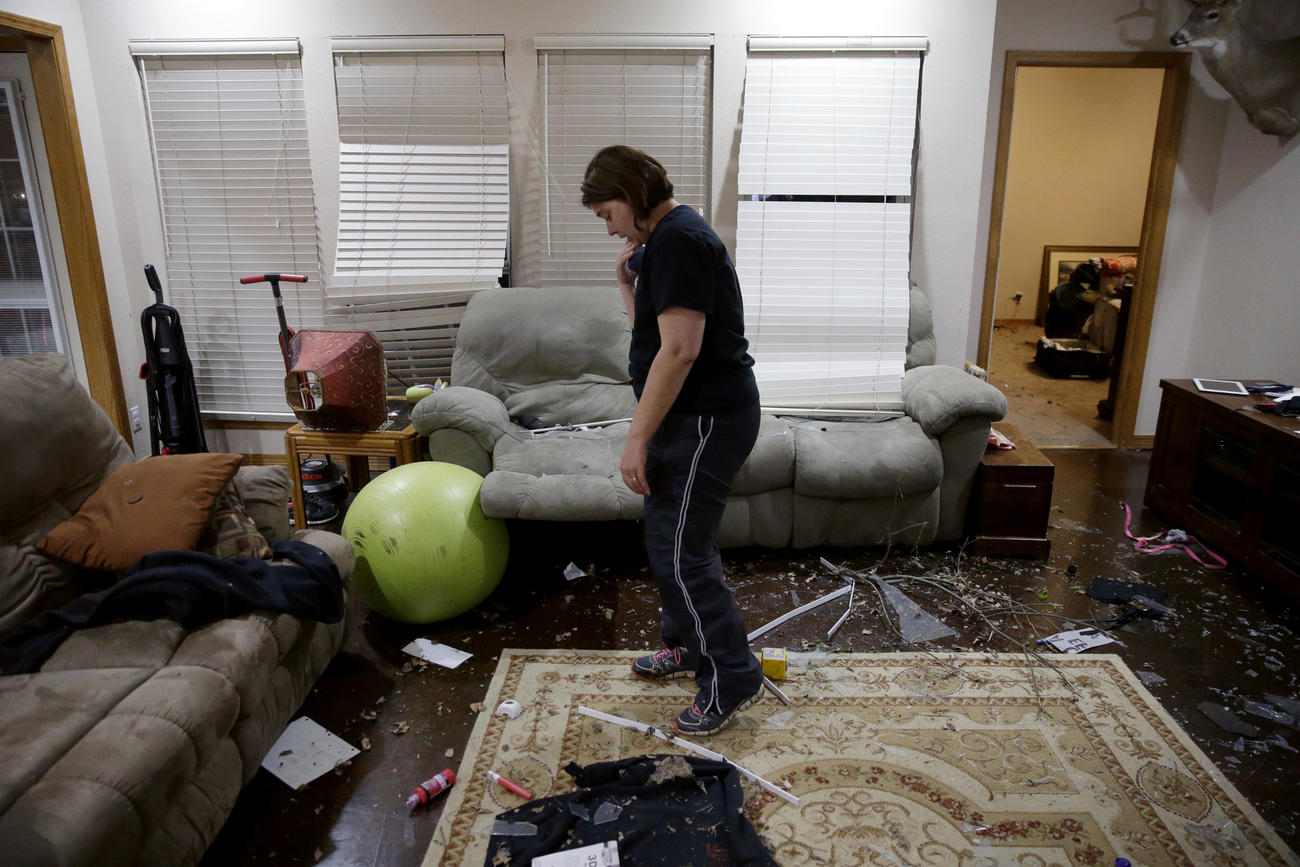 Storm damage: Kelli Ellis looks at the damage to her family's home after a tornado in Owasso, Okla., on Wednesday, March 30, 2016. 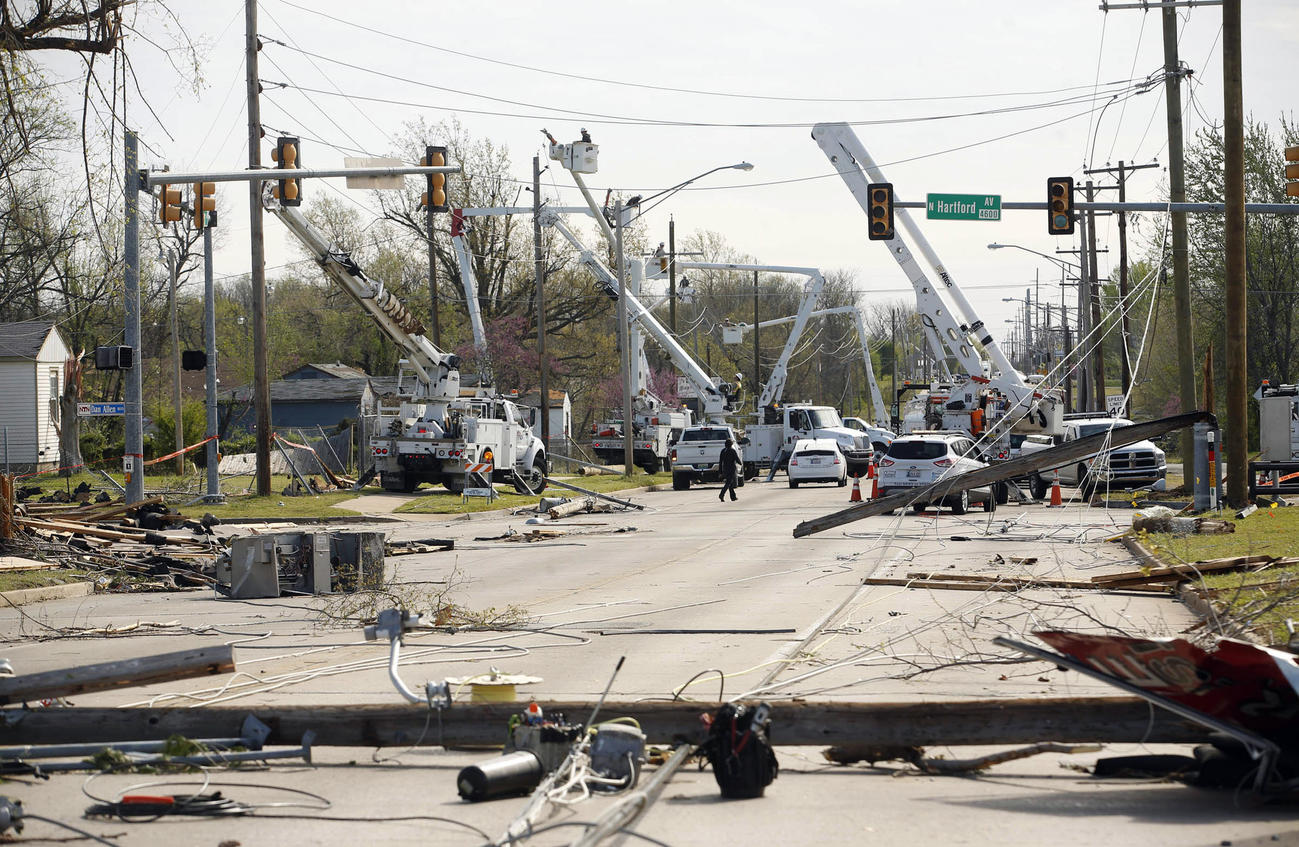 Repair work: Utility crews on Thursday, March 31, 2016, work to fix broken power lines and poles at 46th Street North and North Hartford Avenue after a tornado moved through the area the previous night in Tulsa, Okla. 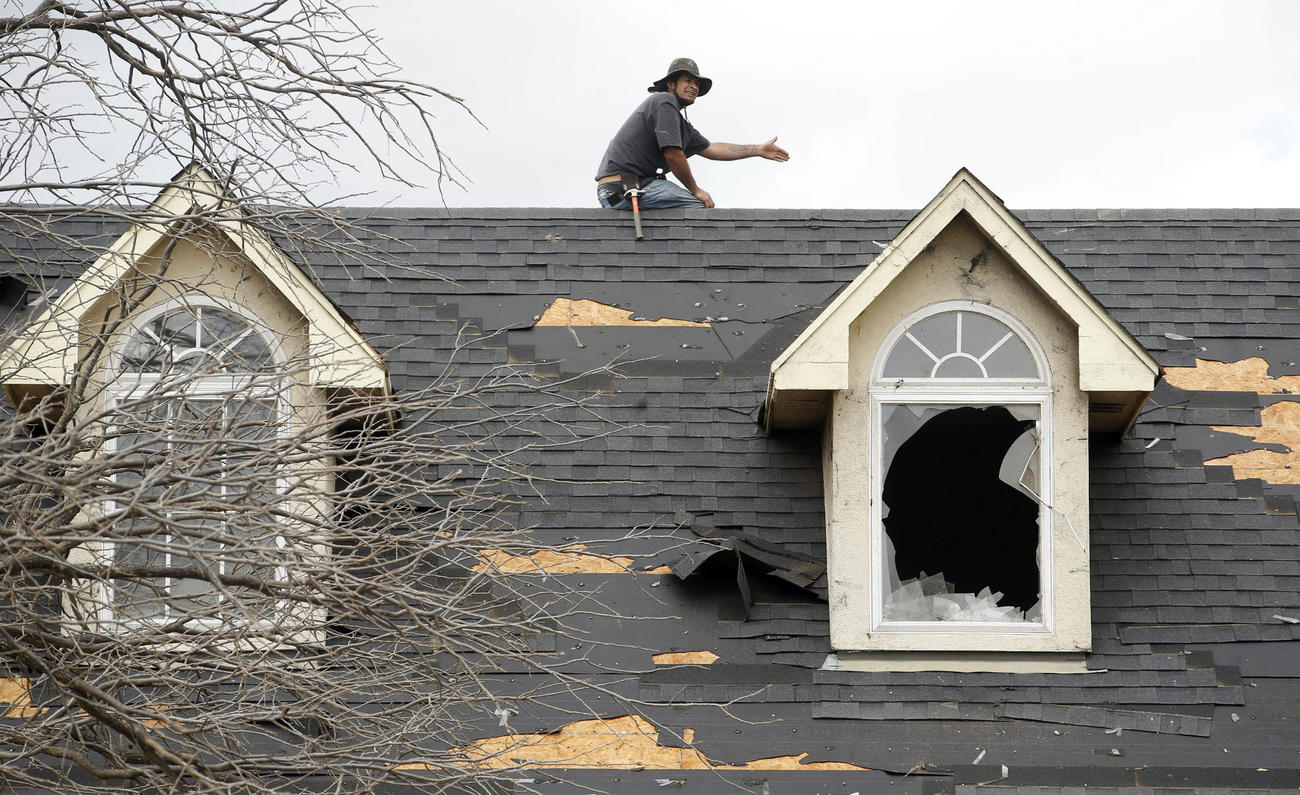 Roof work: A worker assesses damage to a roof by a tornado in the Country Ridge neighborhood in Claremore, Okla. 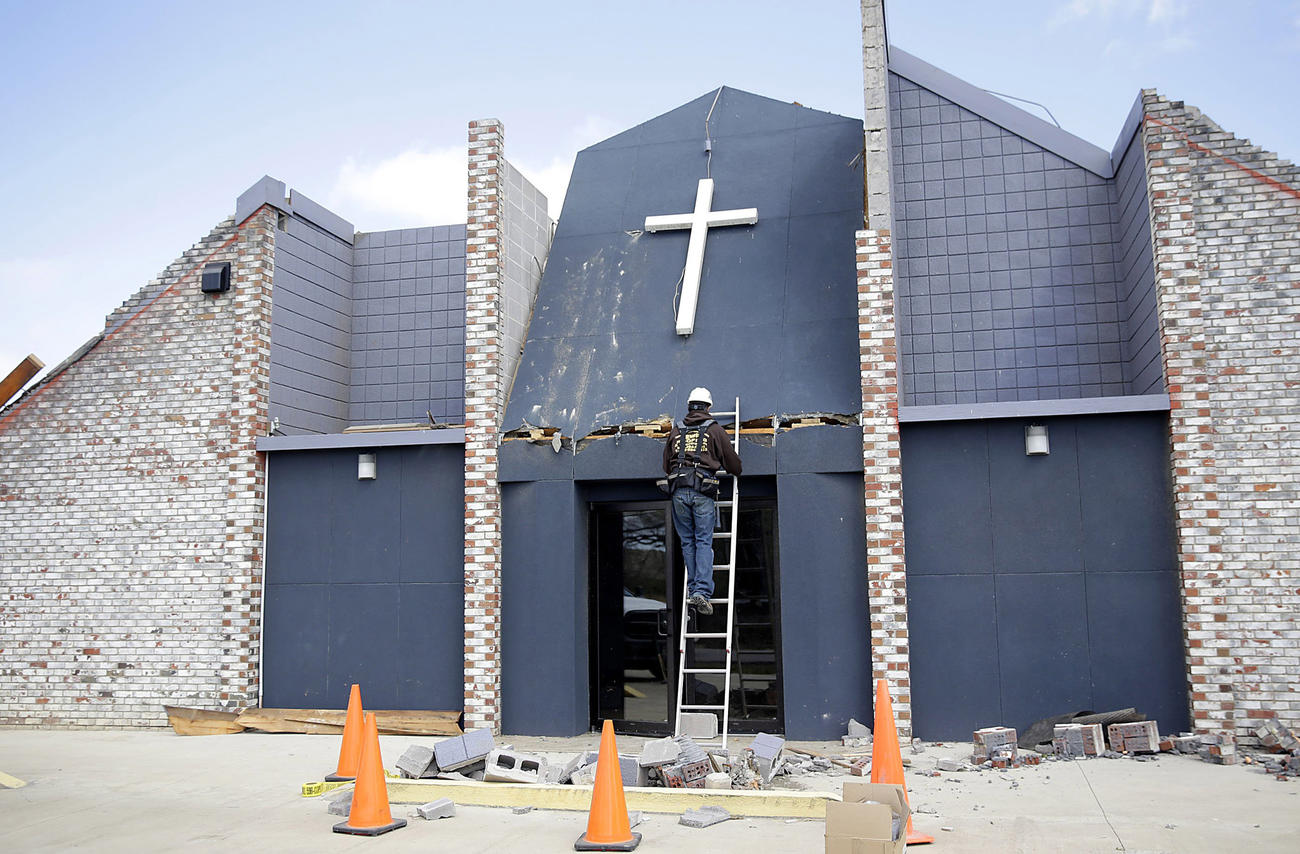 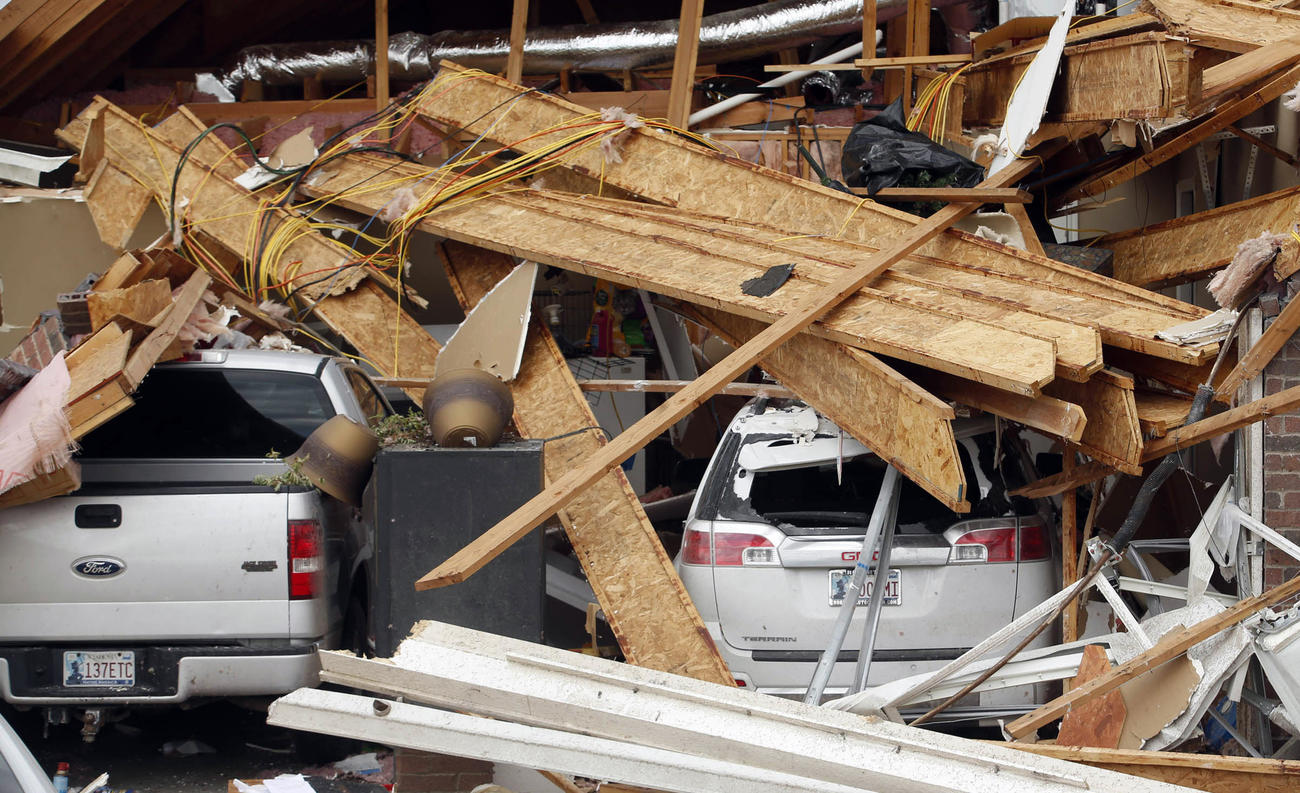 Tornado aftermath: A home and vehicles are damaged in the Country Ridge neighborhood in Claremore, Okla., after a tornado moved through the area the previous night. 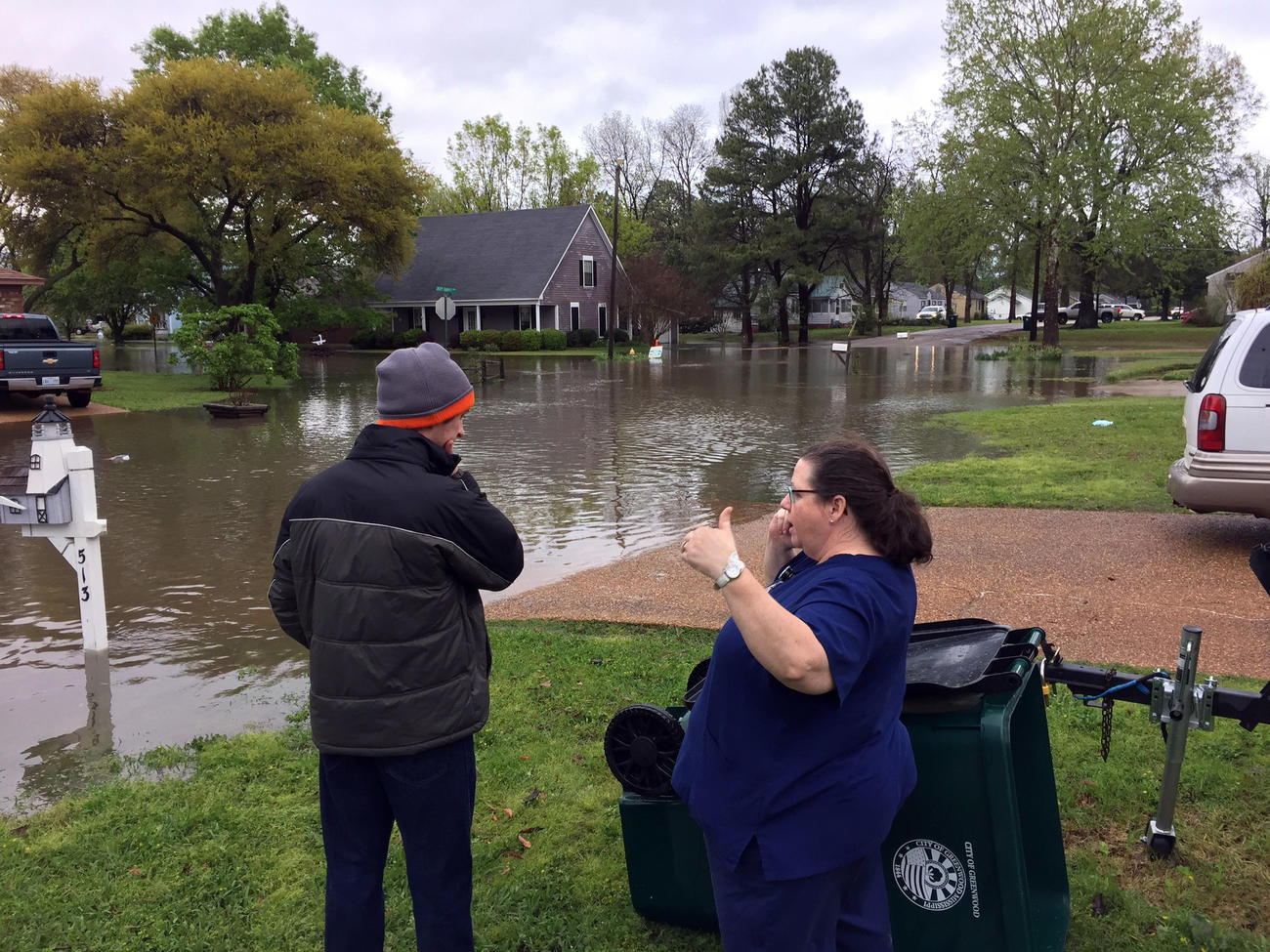 Flooded streets: Lisa Ramsey says in seven years at her West Jeff Davis Avenue home, she's never seen the water as high as it got on Thursday, March 31, 2016, in Greenwood, Miss., while Justin Carpenter joins her in surveying the scene.