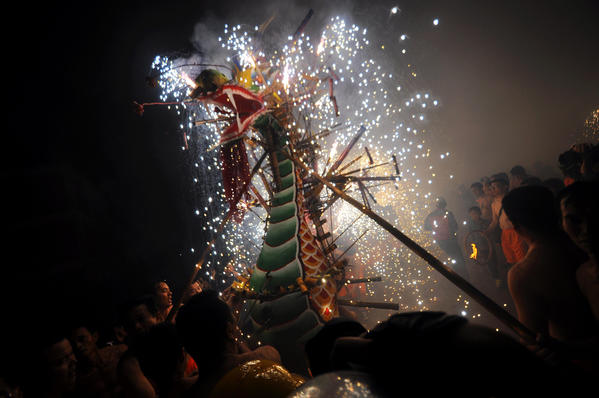 It will bring in the Year of the Monkey — the ninth sign in the 12-year Zodiac cycle, sandwiched between the sheep and the rooster. According to traditional Chinese belief, babies born this year — “monkey babies” — will be smart, curious, cute and perhaps a bit condescending.

Here’s a further look at the celebrations and some more related numbers: 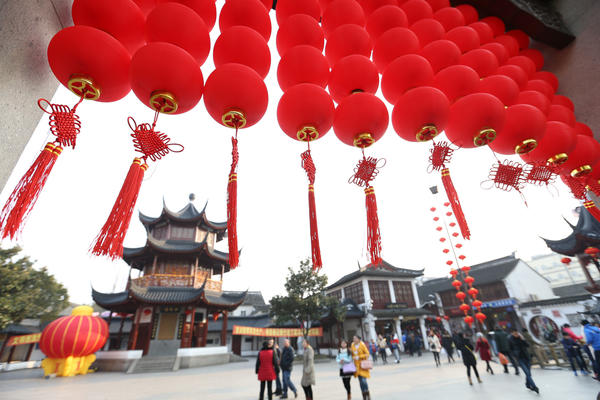 People walk past a traditional archway decorated with red lanterns at Qibao Old Street in Shanghai. (ChinaFotoPress via Getty Images)

The number of days China will essentially grind to a halt. Starting Sunday, schools will empty, shops will close, and factories will shut down as the annual Spring Festival gets underway. The festival, marking the beginning of a new lunar calendar year, is celebrated throughout the world, from Beijing to Singapore to ethnic Chinese communities across the U.S. Many Chinese describe it as Christmas and New Year’s Eve rolled into one, a time to reunite with family, eat, drink, swap gifts, give offerings to ancestors and chase away evil spirits. 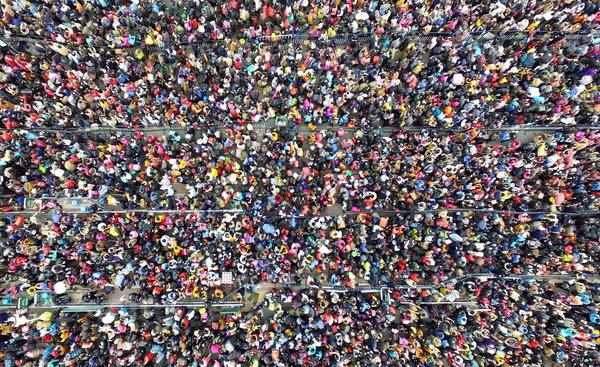 Snow in China’s south has disrupted the travel peak ahead of the Spring Festival. (Kalyl Silva / European Pressphoto Agency)

The number of domestic trips that China’s Ministry of Transport estimates will be made over the new year travel period, which runs between Jan. 21 and March 3. That’s up 3.6% from last year. In what’s often called the world’s largest human migration, highways, train stations and airports fill to capacity with citygoers, many of them migrant workers returning to their rural hometowns. Spring Festival is China’s most important holiday, so people try to make it count. Sleepy villages spring to life as returnees host big, boozy banquets for family, friends and whomever else manages to stop by. 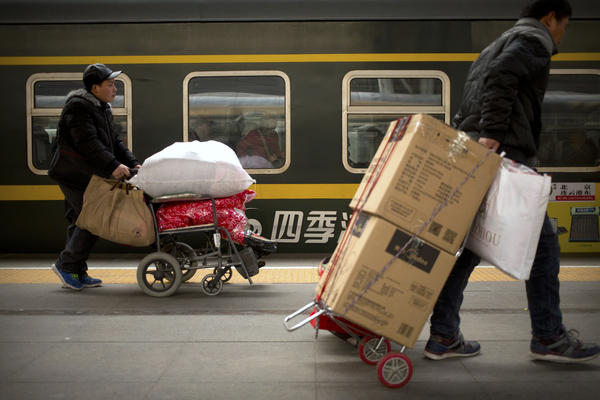 The number of travelers who were stranded in the southern city of Guangzhou’s main train station on Monday, as heavy wind and rain caused extensive delays. Pictures of miserable-looking crowds jammed around station entrances went viral on social media; local officials dispatched 2,600 security guards to keep the situation under control. That night, inclement weather left another 30,000 passengers stranded in Shanghai’s Hongqiao railway station, leading to even more disgruntled passengers and viral social media posts. Train service has since resumed. 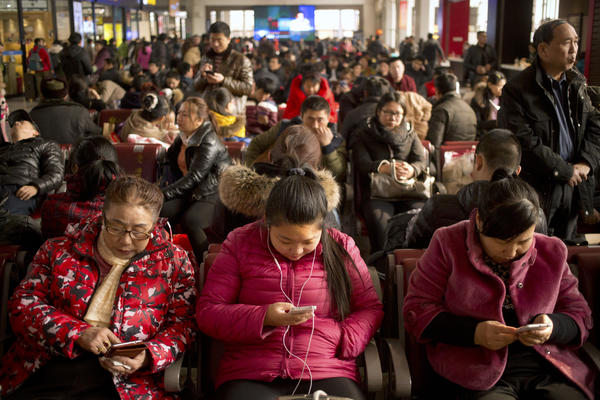 Passengers use their smartphones as they sit in a waiting room at the Beijing railway station on Jan. 30, 2016. (Mark Schiefelbein / Associated Press)

The record number of outbound trips expected to be made during the weeklong holiday, according to CTrip.com, a popular Chinese travel website — an indication that a growing number of people are choosing to escape the migratory crush by traveling abroad. Chinese outbound tourism rose 12.1% in 2015 over 2014, with most travelers visiting other Asian countries and regions, such as Taiwan, South Korea and Thailand. 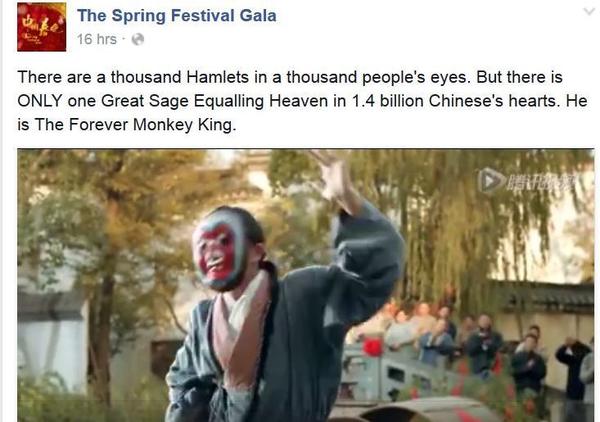 The estimated number of people who tuned in to last year’s Spring Festival Gala, a notoriously cheesy, large-scale variety show broadcast on state-run television every year since 1983. This year’s broadcast begins at 8 p.m. Sunday. The show’s popularity has waned in recent years, as more people stream their entertainment online — last year’s ratings marked an eight-year low, according to the China Daily. (The number is still massive — by comparison, NBC’s 2012 London Olympics broadcast reached 219 million viewers, making it the “most-watched television event in U.S. history,” according to the network.) 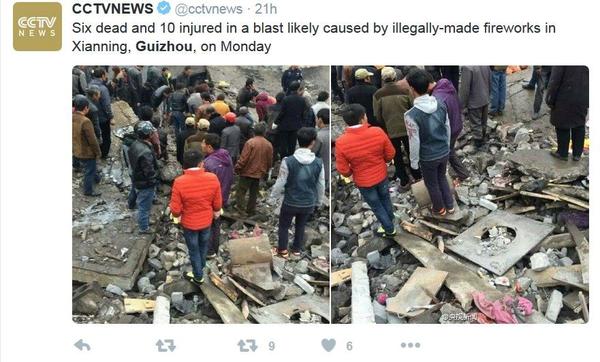 The number of people killed in an explosion “likely caused by illegally-made fireworks” in southwestern China’s Guizhou province Monday, China’s state broadcaster CCTV reported. People traditionally lighted fireworks during the holiday to frighten away evil spirits; now they do it mainly for fun. Every Spring Festival, Chinese state media issue scores of cautionary reports about fireworks-related casualties, part of a top-down push to cut down on accidents and air pollution.