A wild elephant rampaged through an east Indian town on Wednesday, smashing cars and homes and sending panicked people running before the animal was tranquilized to be returned to the forest. “The elephant was scared and was trying to go back to the jungle,” said Papaiya Sarkar, a 40-year-old homemaker who watched the elephant amble down a street near her home. The elephant had wandered from the Baikunthapur forest, crossing roads and a small river before entering the town of Siliguri in West Bengal state. Divisional Forest Officer Basab Rai said the female elephant appeared to be a loner without a herd, and was likely searching for food when it strayed into the town. 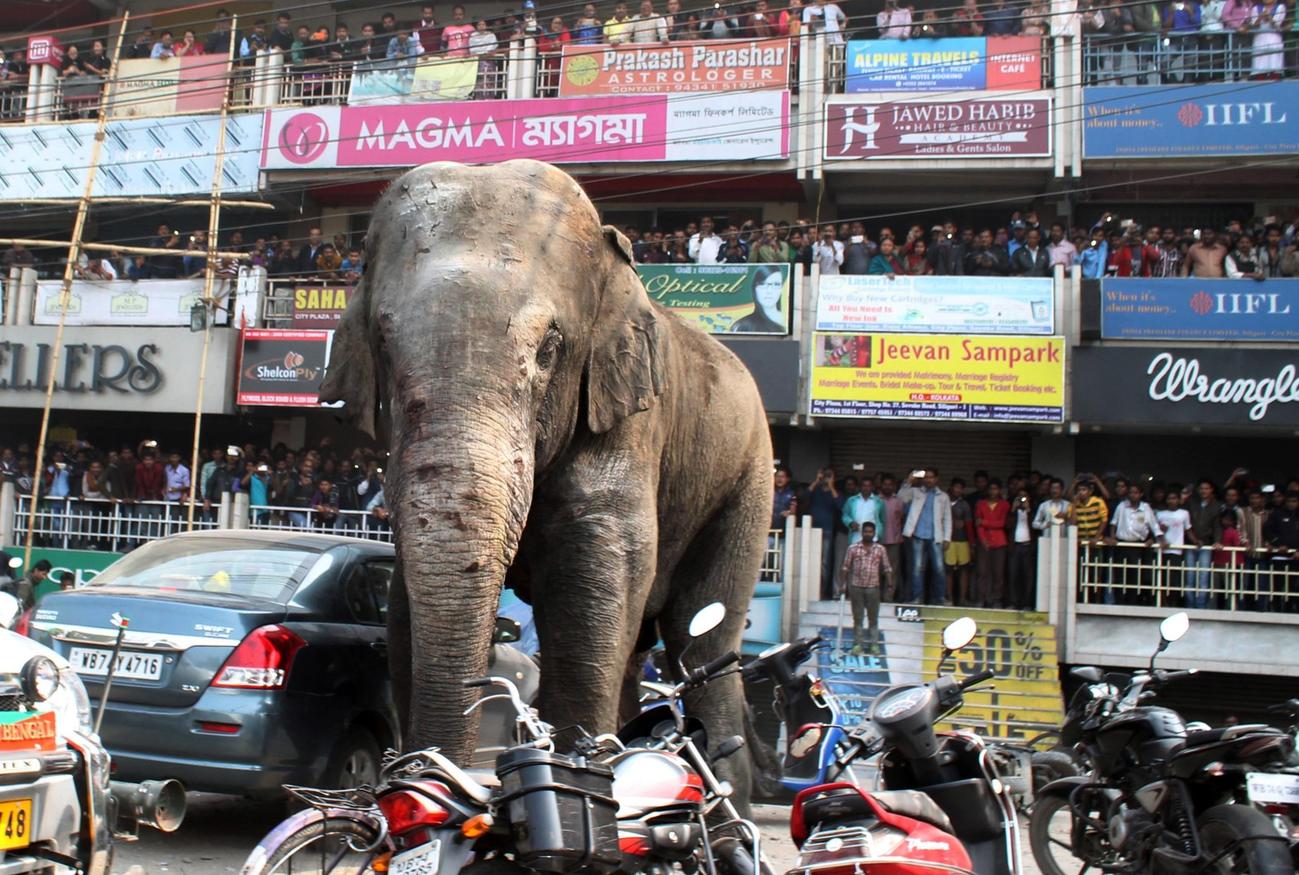 He said it did not attack any people, and appeared to be afraid of them. After several hours, it became clear the elephant was unable to find its way back to the forest. As the frightened elephant ran amok, trampling parked cars and motorbikes, crowds of people gathered to watch from balconies and rooftops. Some followed from a distance as the elephant moved through the streets. Elephants are increasingly coming into contact with people in India, as the human population of 1.25 billion soars and cities and towns grow at the expense of jungles and other elephant habitats. 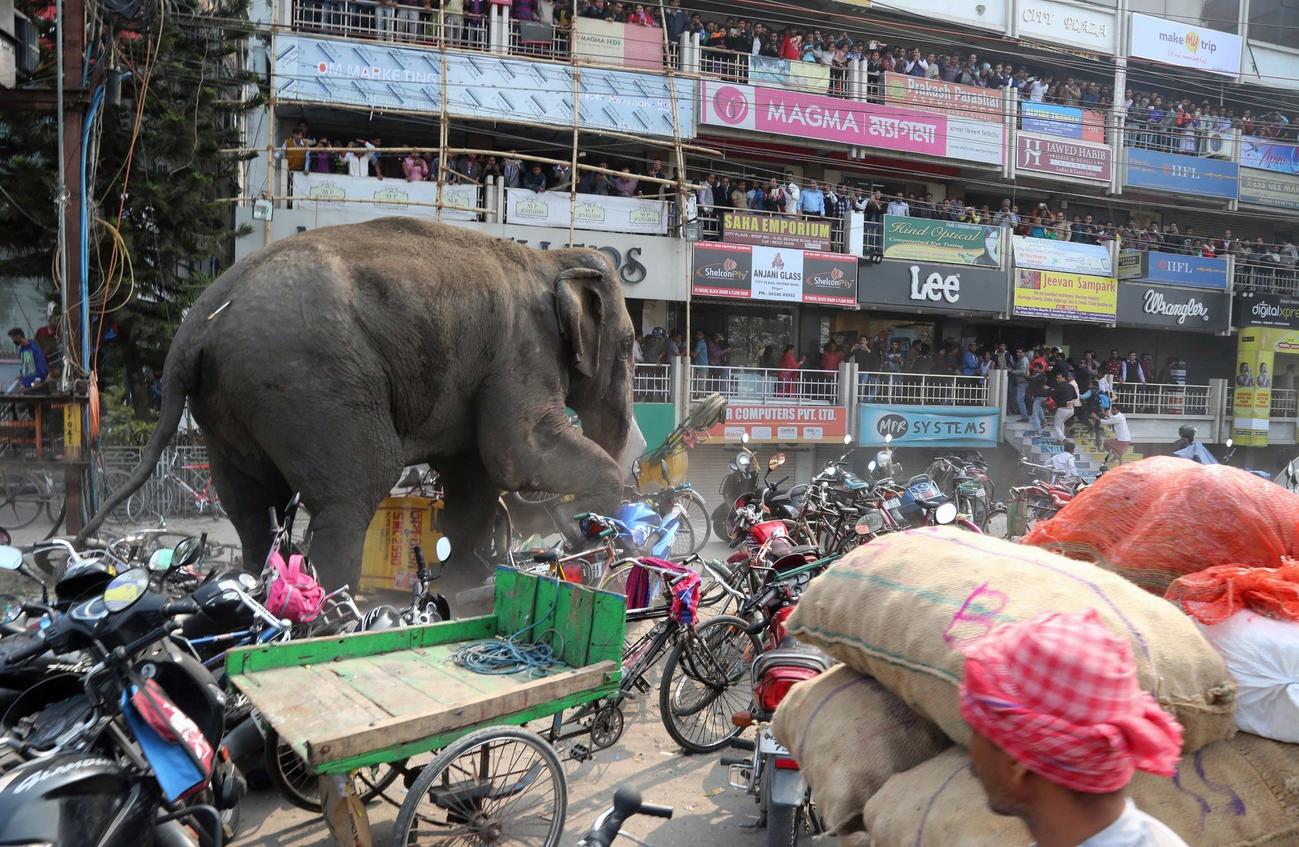 In India and Sri Lanka, elephant vs. people encounters result in more than 400 elephants and 250 humans killed each year. Authorities eventually shot the elephant three times with a tranquilizer gun and used a crane to lift it into a truck once it had calmed down. It was then taken to a park for domesticated pachyderms that is maintained by the forest department. Once the effect of the tranquilizer wore off, authorities planned to return the elephant to the forest, Rai said.