The Honduras neighborhood of Chamelecon is a network of gang turfs where residents’ survival depends on playing by gang rules.

The Honduras neighborhood of Chamelecon is a network of gang turfs where residents' survival depends on playing by gang rules. 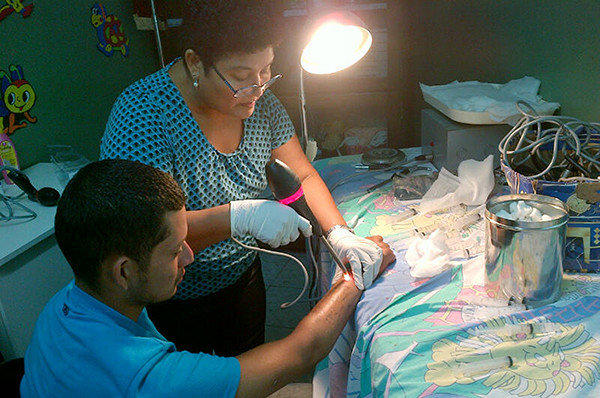 The Honduras neighborhood of Chamelecon is a network of gang turfs where residents' survival depends on playing by gang rules.

We are driving into the meanest neighborhood in the murder capital of the hemisphere, if not the world.

"Roll down your windows," the driver says.

Edgardo seems to think it best that people see who we are as we drive in, that we are clearly not a rival gang.

This is the Chamelecon barrio of San Pedro Sula, part of a network of turfs on the city's south side that are the realm of vicious gangs.

Each neighborhood has a code of survival. People from one do not venture into the other. The distance can be a matter of a few blocks. This means workers can't get to their jobs and families have had to stop sending their kids to certain schools. Threatened households have packed up and left, leaving behind full closets, children's toys — and lifeless streets.

The gangs charge what residents call a war tax, extorted from homes and businesses, down to the smallest fruit vendor. You don't pay, you get out. And if you don't go, you get killed.

In the section of Chamelecon where nurse Suyapa Bonilla runs a private clinic to help gangsters remove tattoos, the Mara Salvatrucha is in charge. As long as residents of the neighborhood respect the code, the gang will respect the residents, she says.

When residents drive home at night, they flash their headlights several times to signal they belong there. Or, during daylight, they roll down their car windows. They learn to sleep on the floor of their homes during gun battles. And they know better than to call the police.

Any problems are handled by gang delegates. A woman whose husband has beaten her calls someone who relays the problem to the gang, who sends someone to speak to the man. The rare home robbery — rare unless sanctioned by the gang — is similarly reported to the young men who hold sway in the neighborhood. What exactly they do with the culprit is unclear.

"Sure, they are violent, but they respect the barrio where they live," Bonilla said. "It is their law. It makes the skin crawl."

Sure, they are violent, but they respect the barrio where they live. It is their law. It makes the skin crawl."

On average, 20 people a day are slain in Honduras, which has fewer people than Los Angeles County. San Pedro Sula, in the north, has the country's highest homicide rate; in a study of 50 cities worldwide, it registered as the deadliest. That has led many to describe San Pedro Sula as the murder capital of the world.

The homicide rate is stoked by the rivalry of the brutal street gangs, mostly descendants of gangs formed in Los Angeles and deported to Central America in the 1990s. Mara Salvatrucha — MS. The 18th Street gang. Their ranks are fed by the economic disaster that is Honduras and emboldened more recently by alliances with Mexican drug traffickers moving cocaine through the country.

The mayhem is compounded by political killings, mostly of leftist activists and those demanding land rights in this throwback semi-feudal country, and vigilante slayings by some police units. It's made even worse by the inability or unwillingness of authorities to investigate crime in a nation where almost every family has had a relative killed, kidnapped or attacked. 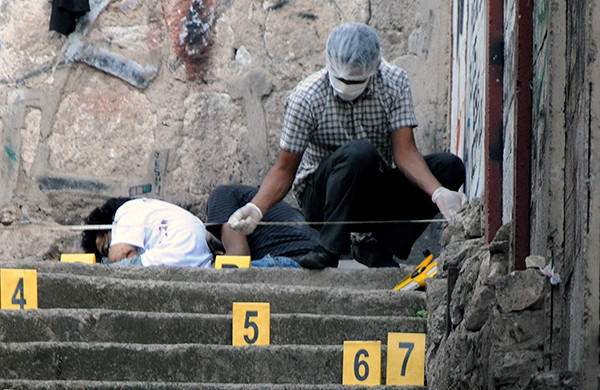 On one day late last month, on a single page of the local tabloid newspaper, the following was reported: 2-month-old baby killed in attempted assassination of mayor running for reelection; man killed at gas station; man looking for wife at morgue after her kidnapping by gangsters; body washes up on lake shore.

In San Pedro Sula, people are mowed down on soccer fields, in shoe factories and at the airport. In Chamelecon a few weeks ago, three women selling food were shot to death in the streets; six members of one family were slain at a kindergarten.

Honduras is one of Latin America's poorest nations. In the northern region around San Pedro Sula in particular, the once-thriving banana industry never fully recovered from hurricane devastation more than a decade ago, and manufacturing has all but dried up.

And in the years since a 2009 military coup sent Honduras into a tailspin, unemployment and underemployment rates have doubled while the number of people living in extreme poverty has skyrocketed.

Earlier this year, MS and 18th Street said they were entering a truce patterned after a similar effort in neighboring El Salvador, which appears to have had some success in lowering the homicide rate there. It is unclear what, if any, effect the truce has had in Honduras.

Ruben Escobar, a local newspaper editor, said of San Pedro Sula, "This is a divided city." 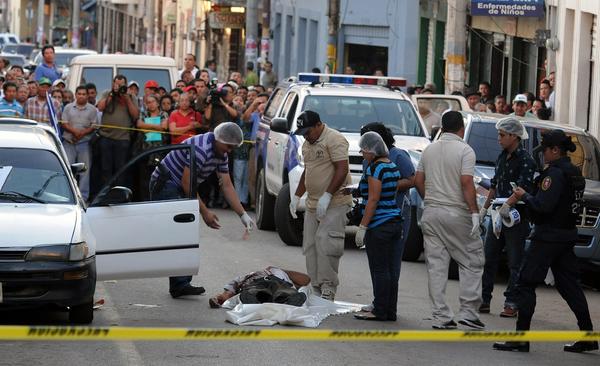 Forensic technicians in Tegucigalpa, Honduras, remove the body of a cab driver shot to death after he refused to pay a gang "war tax." (Orlando Sierra / AFP/Getty Images) More photos

In Chamelecon, boys and young men are posted on the corners as lookouts. They give directions to Bonilla's clinic in relation to a puddle in the street (if "puddle" is the right word for something that stretches for nearly a block and is 10 feet wide). The clinic is past the puddle, to the left.

It is a ramshackle bright-blue house, where several people wait to be attended to as a hen squawks, probably anticipating her fate. Skinny stray dogs amble by, yawning.

Bonilla has been a nurse for half her 50 years, and has been removing gang tattoos for slightly more than a decade — 26,000 tattoos in all, she says.

Gang members arrive at the clinic with their arms or necks bandaged to conceal their tattoos, their gang identity cards. It's the only way men and women from the rival gangs can show up.

Bonilla used to treat dozens a day, but having so many potential warriors together in one place led to fights. Now she has to limit the appointments.

One such patient arriving this day is Osman Torres, 21. A bandage conceals the intricate squirls of the "18" on his forearm. 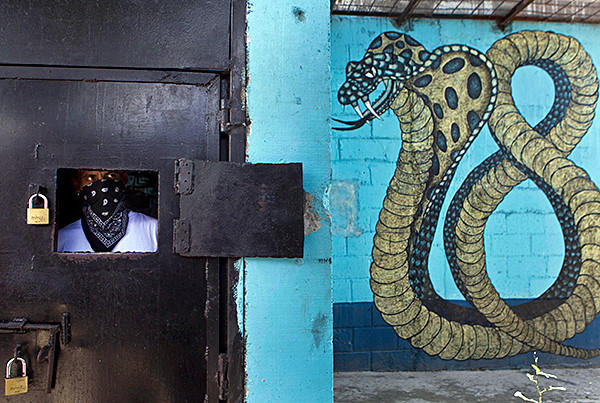 A masked member of the 18th Street gang peers out a window of a cell inside the San Pedro Sula prison in Honduras. (Esteban Felix / Associated Press) More photos

In a clinic room with faded green walls and a vintage air conditioner churning overhead, Torres writhes in pain as Bonilla administers more than a dozen shots of anesthetic into his arm. She then uses a "pistol," connected by wires to a boxy contraption, to zap the painted flesh with infrared rays. The procedure is cheaper than lasers and, she says, does not leave an outline of the tattoo.

Torres returned to San Pedro Sula seven months ago after years in Boston, just steps ahead of a deportation order. He wants the tattoo gone so he can join the Honduran army. He had considered enlisting in the U.S. Army, but chose the Honduran version instead.

"Here the army just sends you on little patrols around here and there," he said. "In the U.S., you end up in Afghanistan."

Bonilla tells Torres and her other patients that the procedure will hurt, but that sinners must endure to be forgiven. Most are undergoing removal in order to apply for jobs where employers reject those wearing tattoos. But these days in Honduras, there are few jobs to be had.

"If only we could give them a more complete package to take them from their lives of violence, give them something else to occupy their heads," the longtime nurse said. "Because you can remove the tattoo, but if they don't have a job, it's just going to be the same old thing."

Bonilla is reluctant to reveal too much. It takes hours of sitting, slowly dragging out the details, the truth. By then nightfall is coming. The neighborhood is growing more quiet, the shadows will grow longer. We have to get out of there. We have to leave before dark. 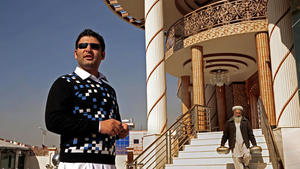 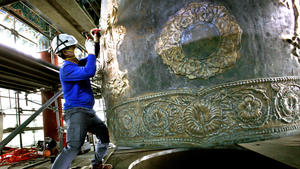