Royal baby: Heirs get big front page play. Spares? Not so much. 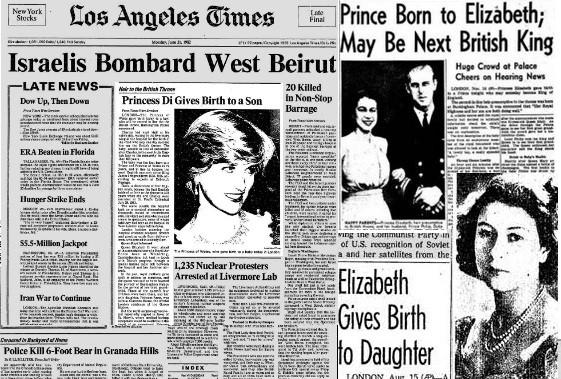 The arrival Monday of a new British royal prince -- who has yet to be named or seen -- underscored a newspaper tradition: Royal births have long been a source of endless fascination. But there’s a big difference in the coverage of the birth of a potential heir compared to a royal “spare.”

The future Queen Elizabeth II was a 22-year-old princess when she gave birth to Prince Charles at Buckingham Palace. But news of the arrival of the “second-in-line heir-presumptive to the throne” led the Los Angeles Times on the morning of Nov. 15, 1948.

Few details were provided in the official announcement -- not even the baby’s weight. But an unidentified member of the royal household who was allowed a look described the infant as “a lovely boy, a really splendid boy,” according to the Associated Press report.

A royal page conveyed the news to a police constable who announced it to the “patient throng which had milled outside the palace gates.”

“A great shout of ‘Good Old Philip’ swelled from thousands of throats for the handsome young prince who was married to Elizabeth last year,” the report said. 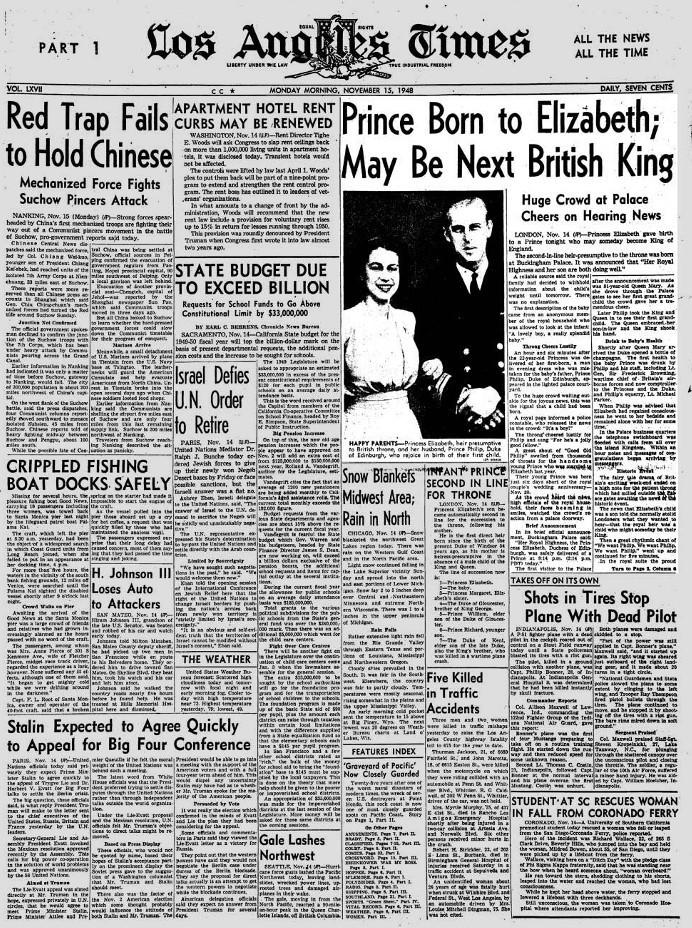 By contrast, the birth of Prince Andrew, the first child born to a reigning British monarch in 100 years, barely made the front page on Feb. 21, 1960. Angelenos were preoccupied with a debate over the death penalty, relations with Cuba and the Soviet Union, and, as always, the weather.

The royal family, too, appeared to be taking this birth in stride. As the queen received a stream of visitors, we were informed, “Prince Philip took off to watch a football game.” 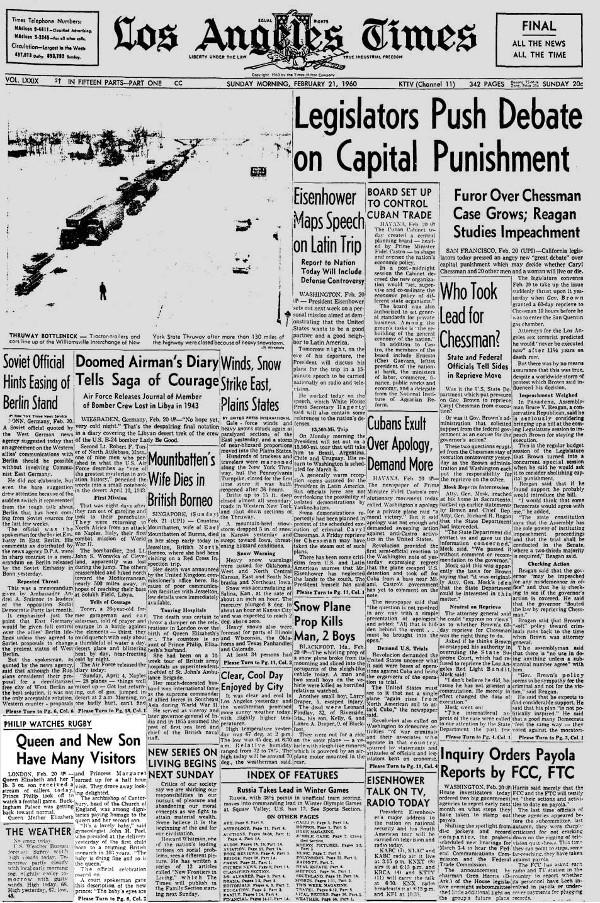 You’d be forgiven for missing the stories that ran on the births of Princess Anne and Prince Edward. But with the arrival of Prince William, news of a royal birth was once again splashed across the front page June 21, 1982, accompanied by a large photograph of a smiling Princess Diana.

The late Princess of Wales broke with royal tradition by giving birth at St. Mary’s Hospital in London, rather than in the privacy of a palace or mansion.

“The scene outside the hospital took on a carnival atmosphere as thousands waited in intermittent rain,” according to the Times Wire Services report. “Hawkers sold strawberries and cream to spectators, some of whom said they had been at the hospital in West London since before dawn.” 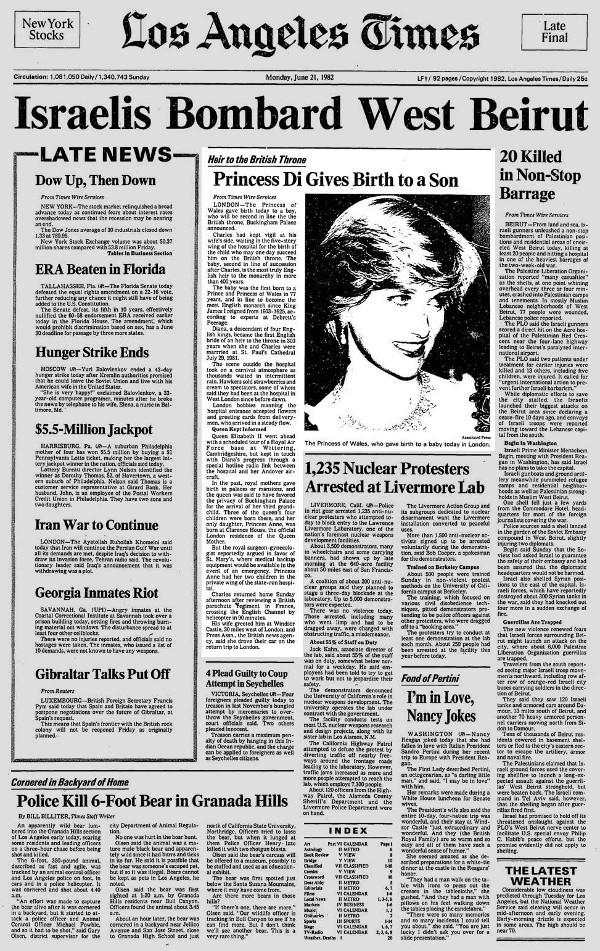 Two years later, Prince Harry’s birth did not merit a story in The Times. The event was noted with a small photograph near the bottom of the front page, showing a girl in white knee-socks handing a bouquet of flowers to police outside St. Mary’s Hospital.

But when Prince William’s wife, the former Kate Middleton, gave birth Monday to another potential heir to the throne, news of the arrival of “the boy without a name but with a gilded destiny” ran today at the top of the front page.

In a sign of the new century that the royal baby has been born into, announcement of the birth was made to the world first via email and social media networks such as Twitter, ahead of the traditional method of posting the news on a piece of paper mounted on an easel at Buckingham Palace,” wrote The Times’ London bureau chief, Henry Chu.

“The language, though, was still archaic, almost biblical, with its proclamation that Catherine, the Duchess of Cambridge, ‘was safely delivered of a son’ at 4:24 p.m.”

PHOTOS: Countdown to the royal baby

Photos: The royal wedding of William and Catherine