From the Kia Optima A1A to the Fiat 500e Stormtrooper concept car, there's a lot to see at the Los Angeles Auto Show.

Here's a few of the highlights.

Silver Lake artist Baron Margo used to make toy cars out of aluminum, copper and brass — until 2000 when he decided he could build the real thing.

Every year or so since then, he's created a new contraption. At this year's show, we caught up with him riding in a futuristic jalopy powered by a Volkswagen engine on the wheels of Model A.

And yes, it's street legal.

A drive on the Dark Side

The Force was strong this week with Star Wars concept cars. Too bad there wasn't a Millennium Falcon. 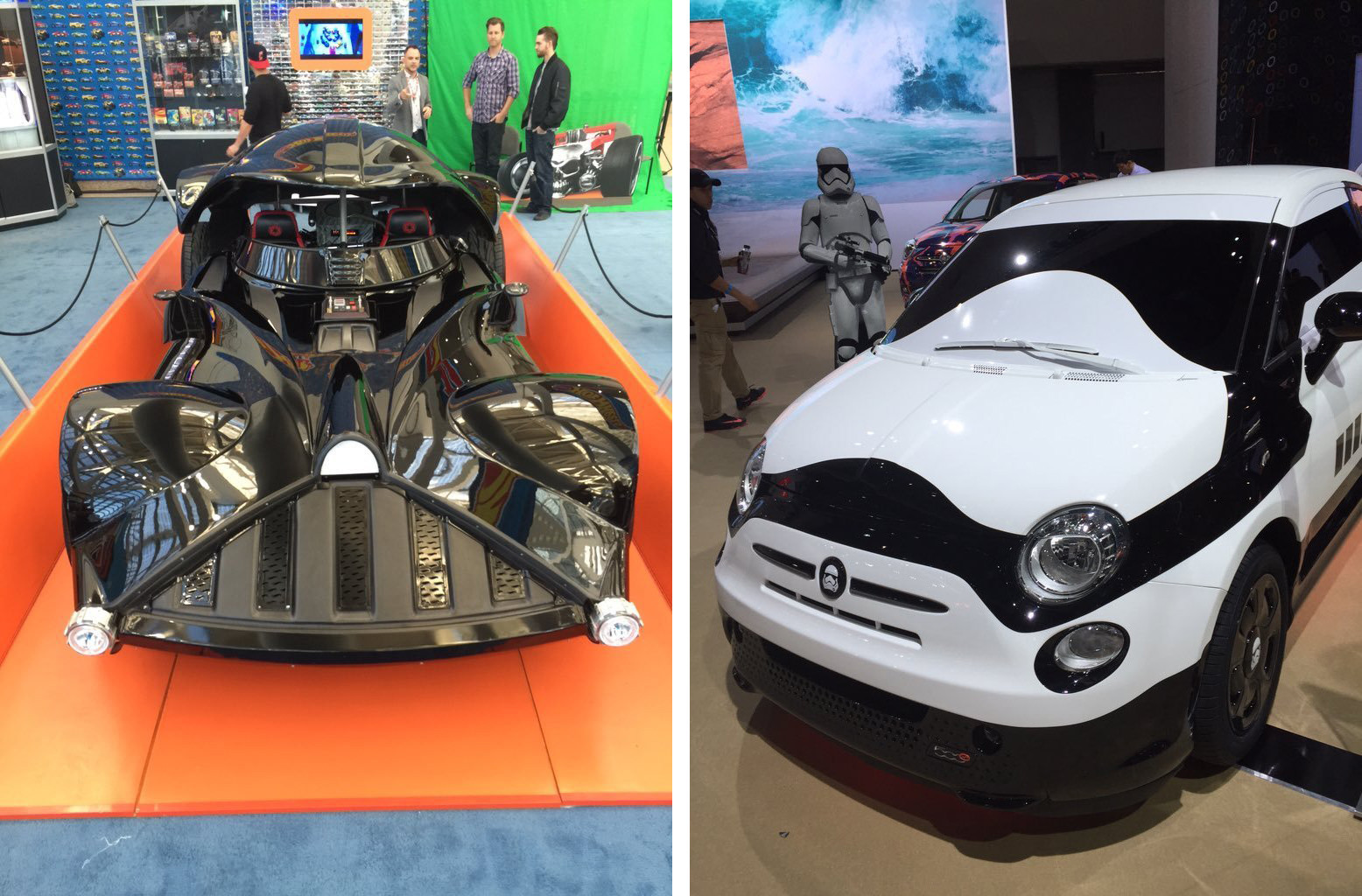 Even the engine sound evil. So much #StarWars at #LAAutoShow pic.twitter.com/bUTjuGbwr2 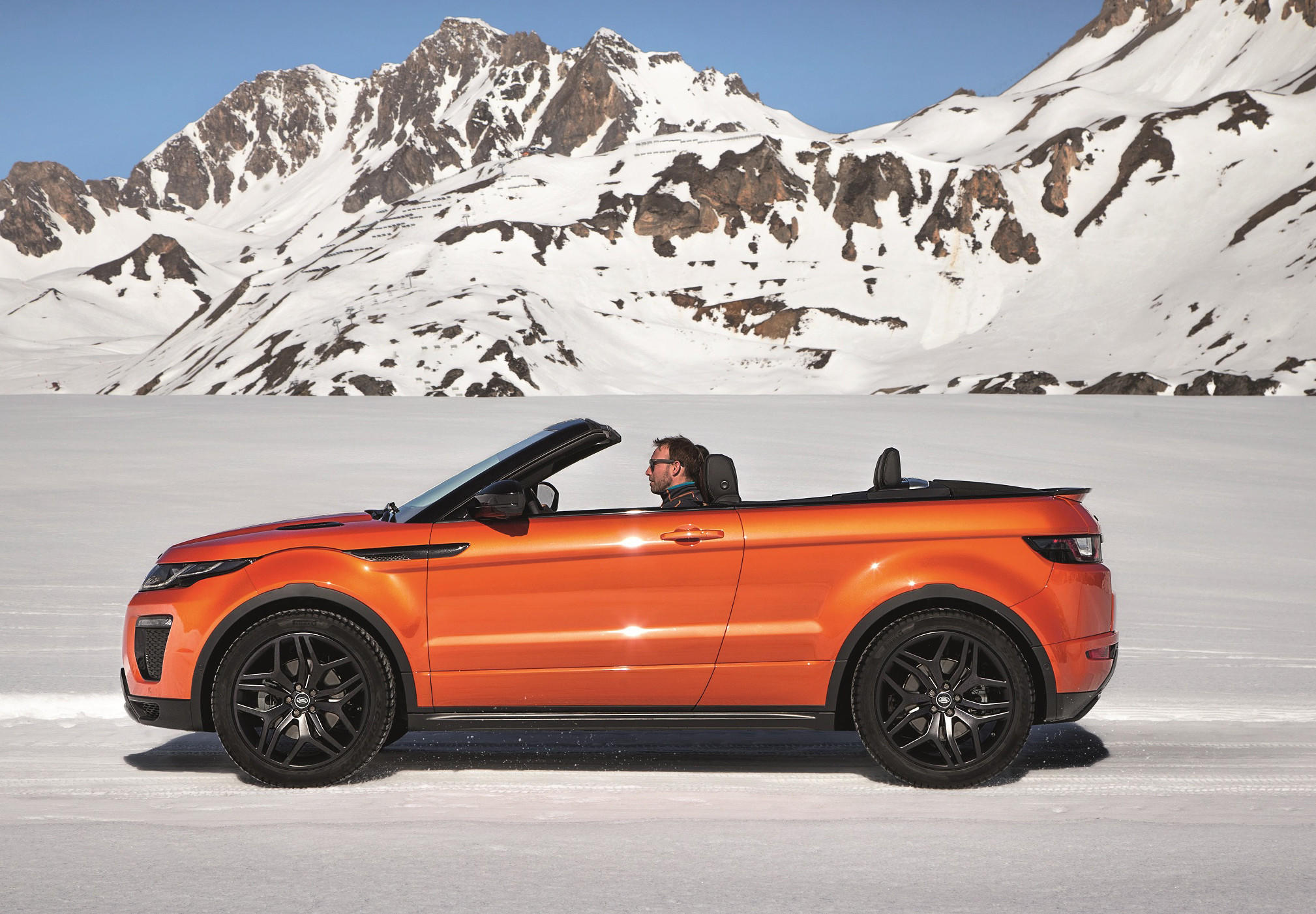 The Range Rover Evoque bewildered us. With two doors and a ragtop, this SUV makes quite the odd mash-up. Nissan recently tried to sell a convertible SUV with the Murano CrossCabriolet, but it sold poorly until it was canceled after the 2014 model. (Read our review of the Range Rover Evoque here.)

A tale of two Kias

First there was a baby blue beauty. The Kia Optima A1A teased guests on the auto show floor with its suicide doors, convertible top and 245-horsepower engine. Unfortunately, it's only a concept and not for sale.

Take a closer look in the video below.

Every year, there's a car that doesn't really do it for us. This year, it was the Kia Forte TGD.

Maybe they'll roll out that Optima after all...

A big name for a small(er) price

Known for its luxurious sport sedans, Jaguar is looking to break out of its niche with the 2017 XE model and its more affordable price point of $35,000.

At about half the price, the XE could draw many more buyers than Jaguar's F-type. And we admit, we're tempted. 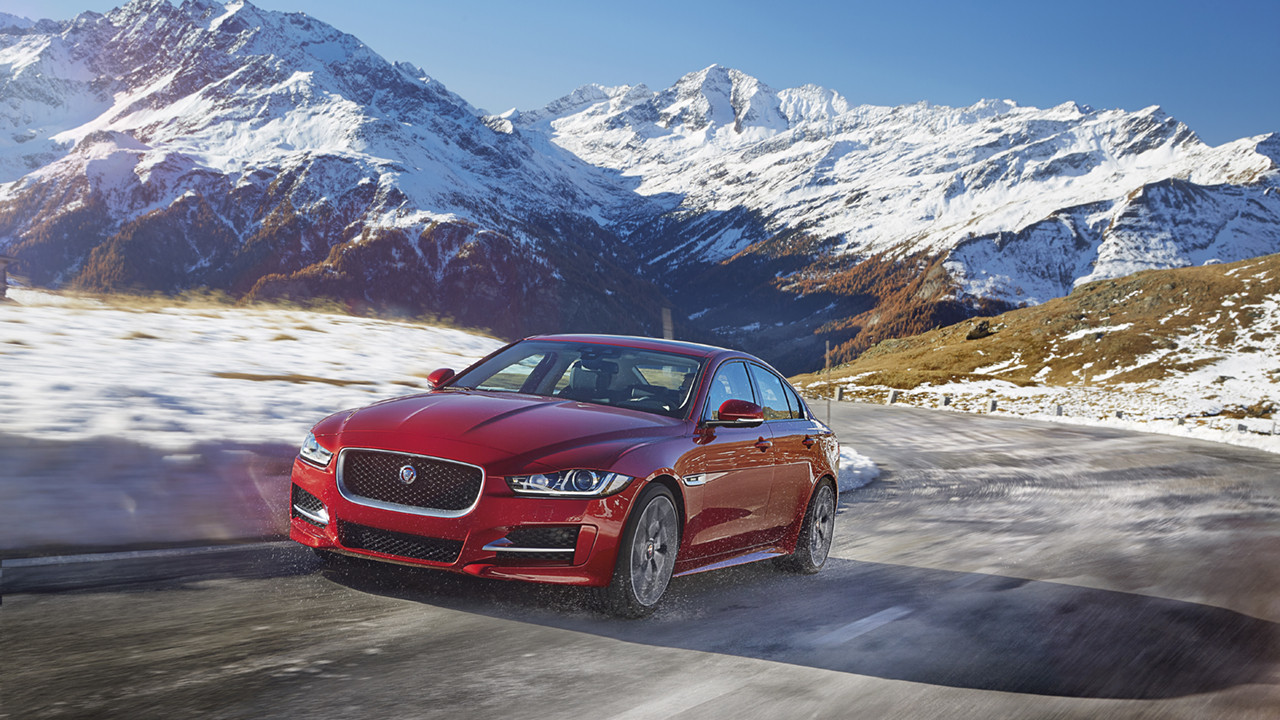 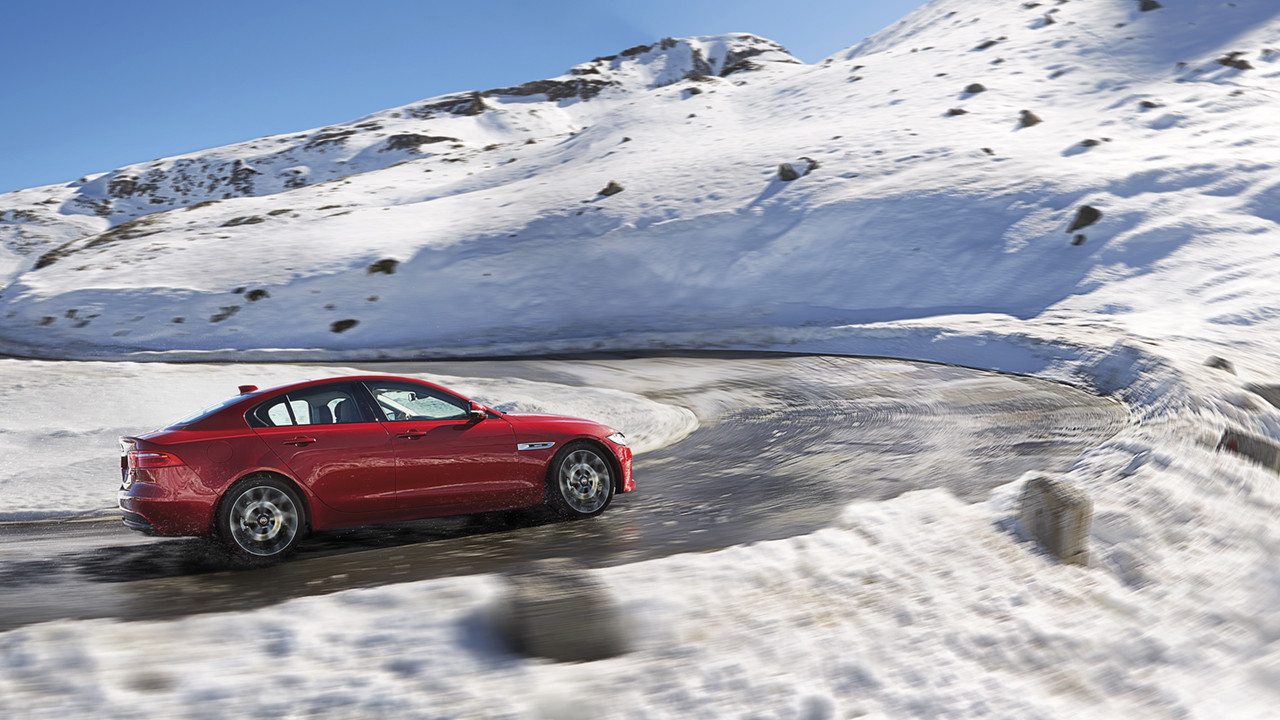 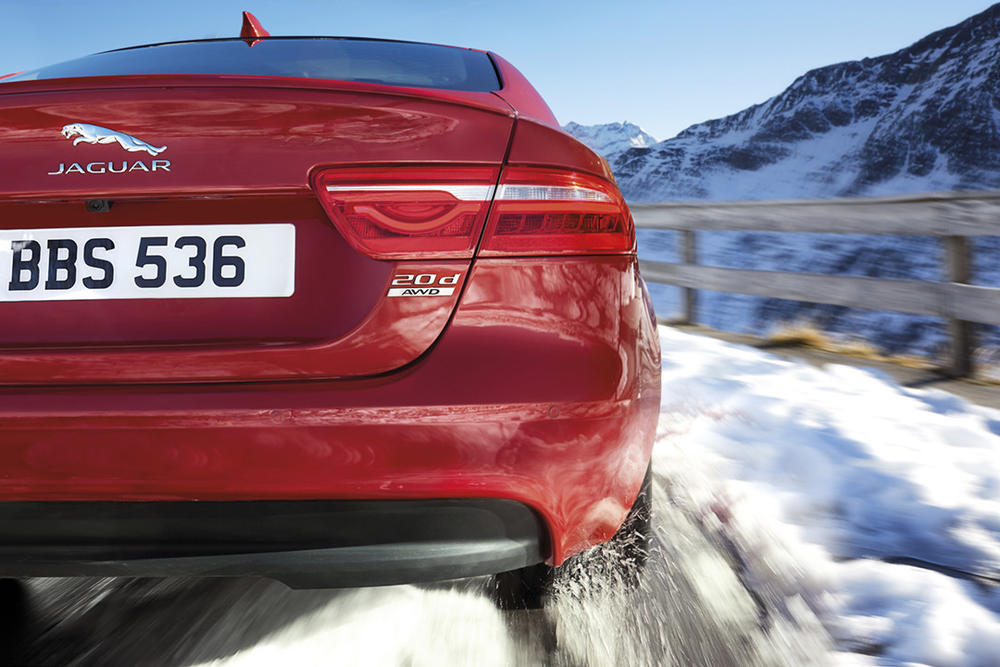 The auto show through the ages

The Chevy Volt was named green car of the year, but there were plenty of other EVs and hybrids on display. 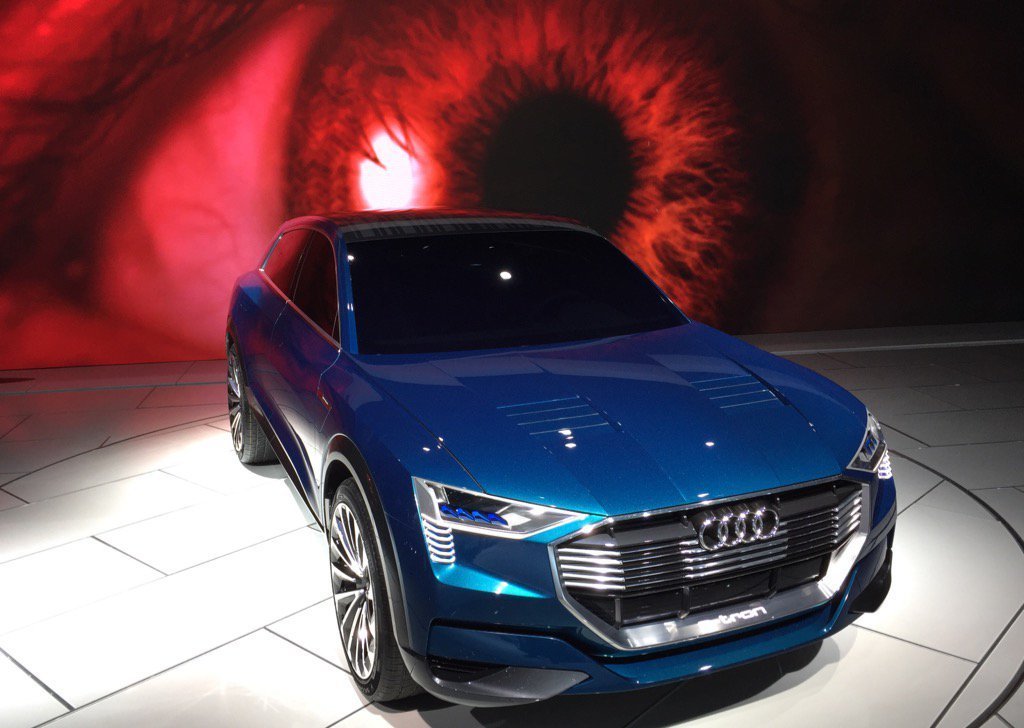 We also took a look inside the Honda Clarity, the carmaker's first leap into the hydrogen fuel-cell space. (Read our review here.)


Porsche even announced a fully electric vehicle by 2020. 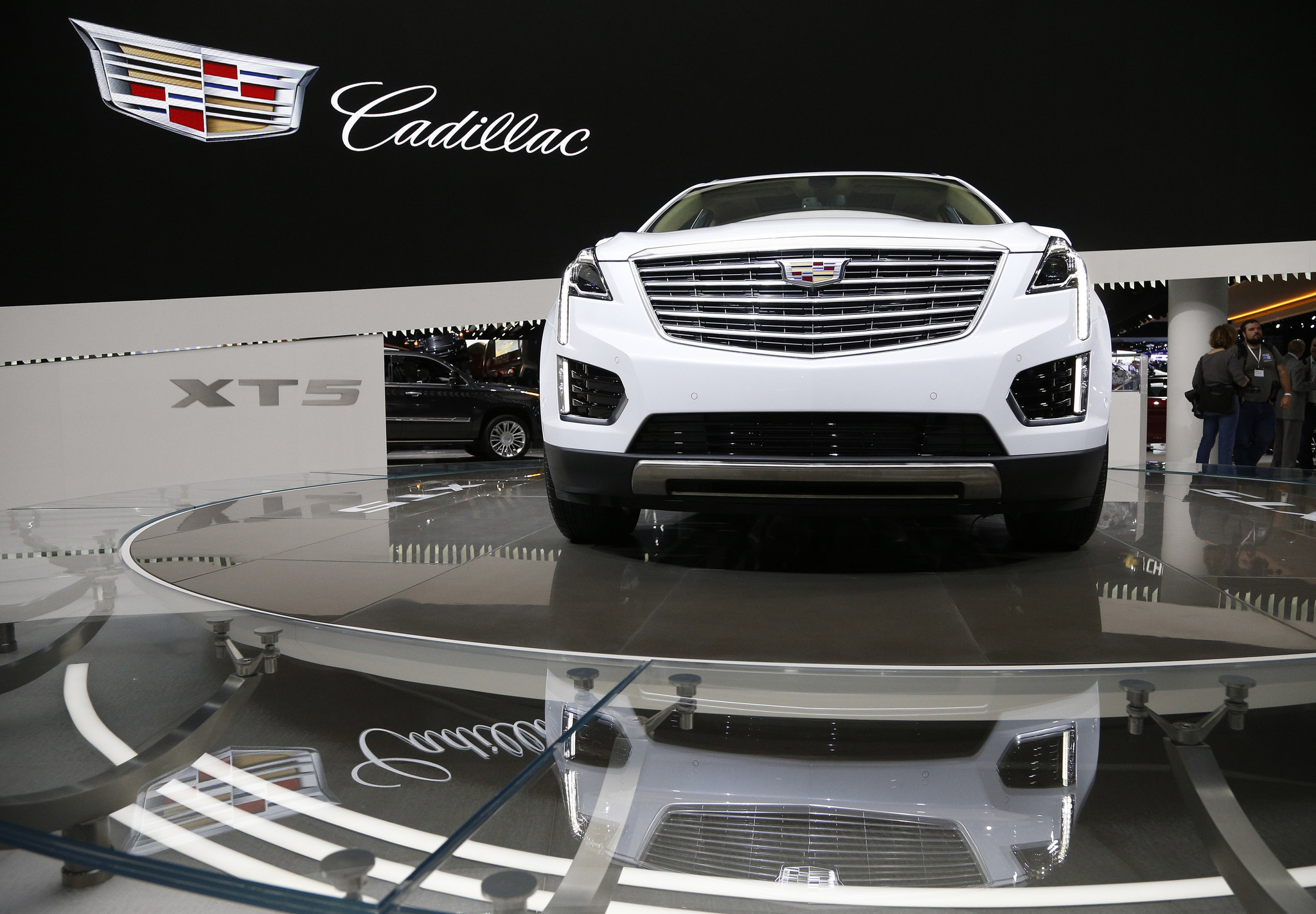 MORE FROM THE L.A. AUTO SHOW

Revisit all of our coverage from the L.A. Auto Show