U.S. stocks tumbled and the price of crude oil jumped Tuesday as the Obama administration weighs its next step in the Syrian conflict.

The benchmark stock indexes were down Tuesday and the price of October U.S. crude oil jumped about 3.8% to nearly $108.85 a barrel.

While Syria is not a large oil producer, fears are that the turmoil could spread across the Middle East as the U.S. weighs military action against Syria. Officials said Monday that chemical attacks were launched by the Syrian government against civilians. 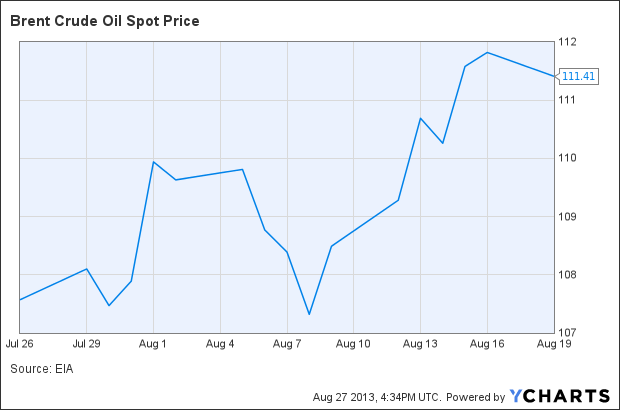 Consumer confidence up slightly in August, Conference Board says