It’s pop quiz time. Hey, we’re not kidding. L.A. Unified students start Tuesday. So we’ve devised a little celebrity real estate test to take you back to those childhood days when you 1) forgot to study; 2) never read the book; or 3) the dog ate your homework. Tally up those points and see how you scored at the end.

Legendary songwriter-performer Brian Wilson of Beach Boys fame has put his waterfront estate at Lake Arrowhead up for sale at $3.299 million.

The multilevel home, built in 2011, has classic curb appeal with brown-shingle siding, a gabled roof and white trim. There’s more than 4,500 square feet of interior space, sliding glass doors that open to decking with views of the lake and a dock slip.

The place is the definition of mountain charm. 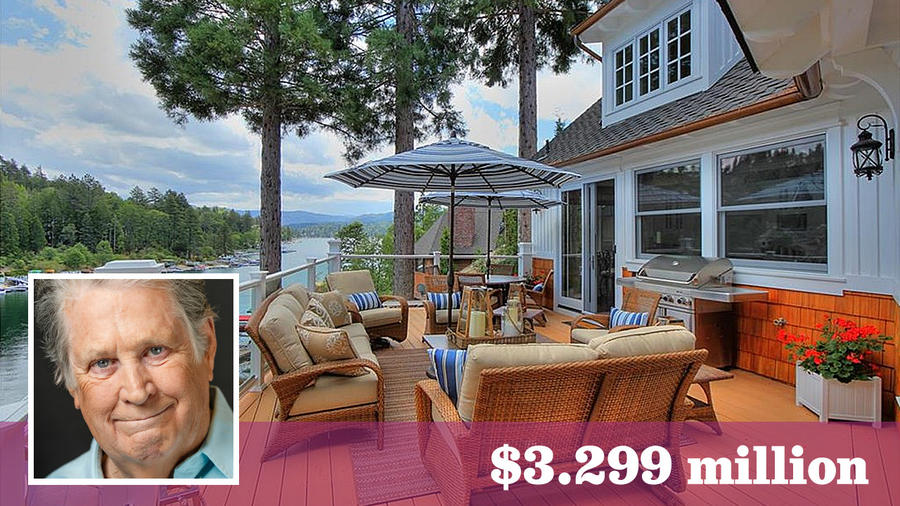 One for the home team

Pro basketball player Paul Pierce, who is expected to return to the Los Angeles Clippers next season, has scored a home in the Cheviot Hills area for $2.23 million in an off-market deal.

The 1950s Dutch-inspired Traditional has about 3,000 square feet of living space, including three bedrooms and three bathrooms.

A patio, lawns and mature trees surround the single-story house.

2. The 10-time All-Star’s nickname, the Truth, was given to him by Coach Doc Rivers when they both were with the Boston Celtics. 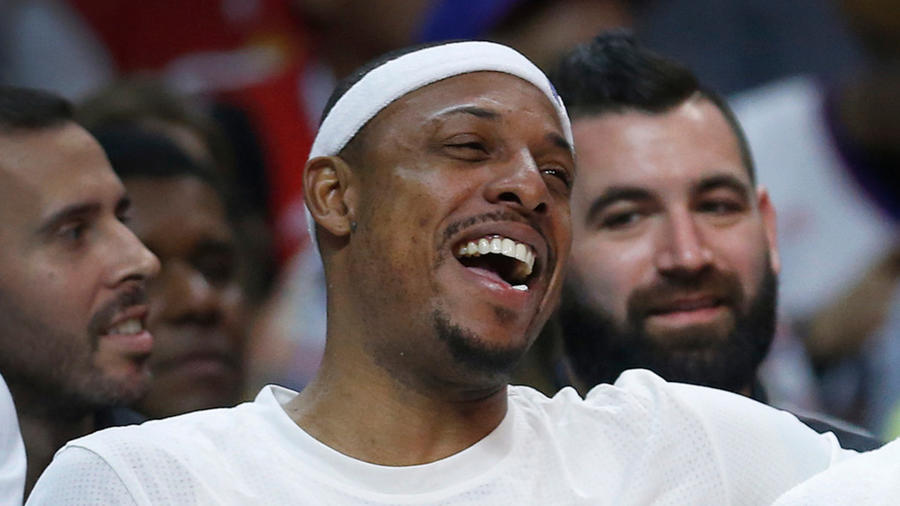 Their lease on love

Admit it. You watch “The Bachelorette.” Thought so.

The house came up for sale in May for $525,000 and was listed for rent at $3,250 a month. Now this is Texas we’re talking about, so the terms of the couple’s lease are not public knowledge.

For their money, they are getting two bedrooms, two bathrooms and 1,550 square feet of upgraded living space. There’s a concrete patio, lawn, hedges, mature trees and a white fence.

The tropical wallpaper in the breakfast room? That’s gotta go.

3. Rodgers has a famous brother who plays a professional sport. Who is he? 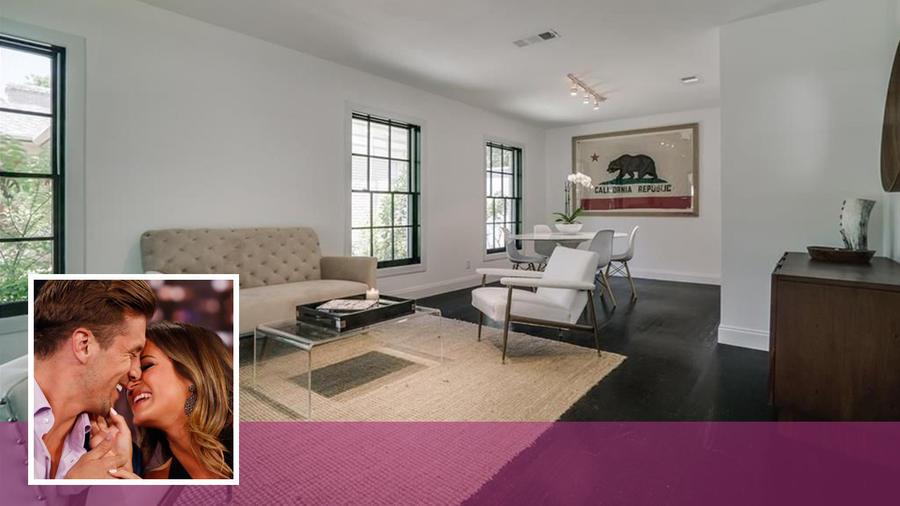 The longtime home of late composer and conductor John Cacavas, who scored such TV shows as “Kojak,” “The Bionic Woman” and “Hawaii Five-O,” sold in Beverly Hills for $7.4 million.

The 1950s house, which sits on half an acre, previously changed hands in the early 1970s for $255,000. The star-studded ownership history includes actor and engineer Zeppo Marx, the youngest of the five Marx Brothers, who shared the residence with his second wife, Barbara. She later married some singer named Frank Sinatra.

The more than 5,000-square-foot house is a blast from the past with a screening room, an outdoor wet bar, paneled walls and popcorn-style ceilings. 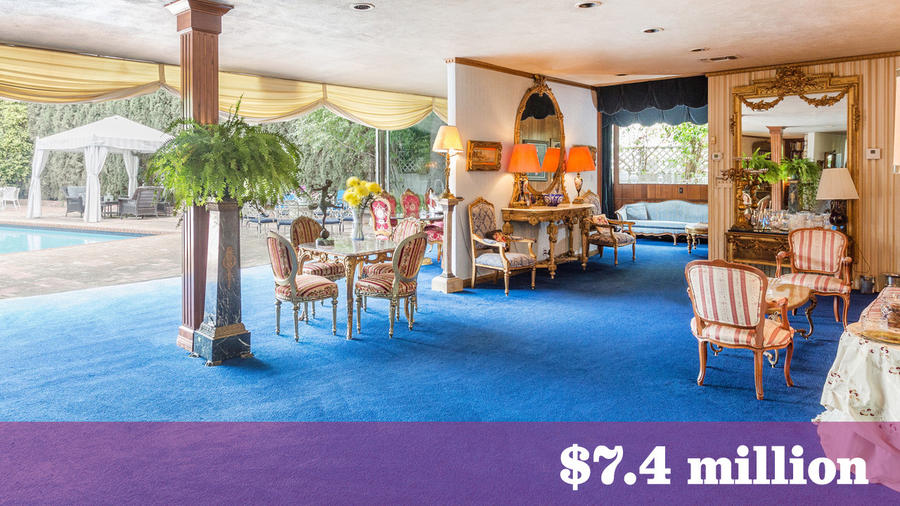 What happens near Vegas

Bryce Harper, the National League’s reigning MVP and star outfielder for the Washington Nationals, has bought a showplace in Henderson, Nev., for $2.7 million. Not bad for a 23-year-old.

The two-story house is a grand-slam of contemporary style with a frosted-glass front door, a floating wood-and-steel staircase and a cascading water wall. Who wouldn’t want to look at water all day while sitting in a desert?

A glass-enclosed wine wall has room for 360 bottles. A wet bar with a glass pop-up counter sits across from the kitchen.

Upstairs, there’s a game room with a kitchenette and an oversized balcony overlooking the half-acre grounds. Views extend as far as the Las Vegas Strip.

5. Whom would you be more likely to run into in Las Vegas: Neal J. Leitereg or Lauren Beale? 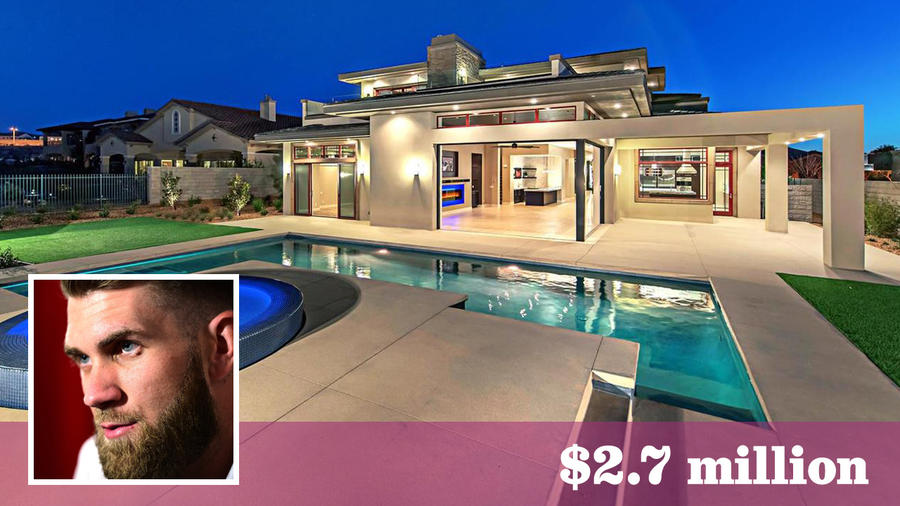 Set off a wide motor court, the 1960s home features a column-lined covered patio, a swimming pool and an open-air pavilion.

6. Whom did Lord star opposite of in the 1950s-1960s sitcom? Extra credit: Name the architect known for creating the Hollywood Regency style. (Hint: He uses a first, middle and last name.) 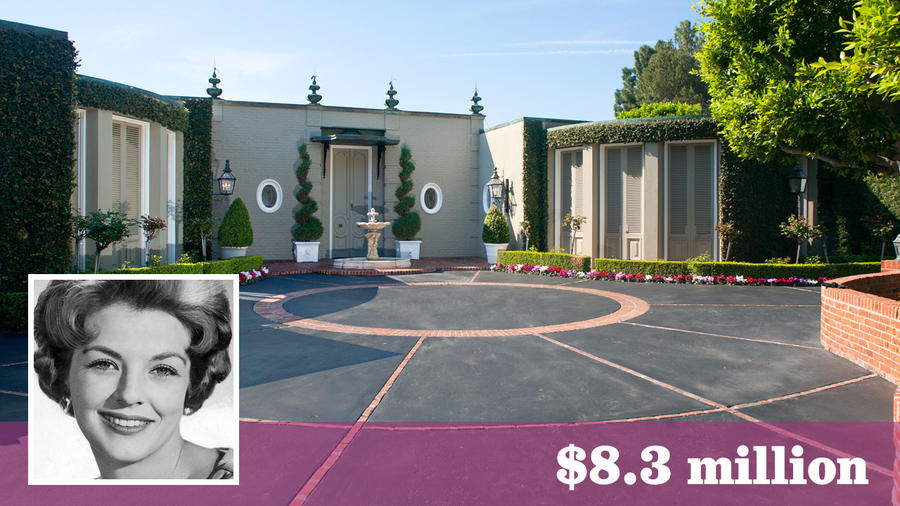 Out of the archives

Ten years ago, actor Heath Ledger bought a Hollywood Hills home set in a sycamore grove for $2.3 million. The film star, who played the Joker in “The Dark Knight,” would die two years later from prescription drug intoxication.

— Help is on the way for widowed homeowners. The Consumer Financial Protection Bureau has issued new rules to give surviving spouses who are not on a mortgage note the same protections borrowers have, reports The Times’ Andrew Khouri. The rules include a ban on so-called dual tracking, in which mortgage servicers negotiate with clients to modify a mortgage while simultaneously pursuing foreclosure.

— We couldn’t help ourselves. When Business Insider posted an article with a series of photos taken inside the homes of Russia’s ultra-rich, we had to look.

— Stigmas — such as a murder on a property — have long influenced real estate values. By how much, however, is an inexact science. Now, Miami’s trendy and booming Wynwood neighborhood faces such an uncertainty with the arrival of the mosquito-borne Zika virus, reports the World Property Journal. “It is too early to predict the full impact,” says Barry Sharpe, who heads Miami-based Property Tax Appeal Group.

Give yourself five points for each correct answer unless otherwise noted.

If you tallied your points and completed the essay, we’ve got just one thing to say: Really? Send us your results.