Late August is typically not the best time of year to list your home. People wanting to get their kids settled in schools already have made their housing selections, realty agents traditionally head to the Riviera (or at least we like to imagine that’s where they vacation) and sales slow.

The hot Southern California market, however, is a world unto itself — active pretty much 24/7 year-round. Personally, we love it.

Here’s a look at the late-summer celebrity movers-and-shakers scene.

Ellen is into reruns

The television talk-show host first sold the place in 2007 to Milgard Manufacturing scion Allison Milgard for $10 million. Then she bought it back seven years later for $8.75 million. Now, property records show that she sold the ranch-style midcentury residence again for $9.9 million.

Rebuilt and redesigned by architecture firm Marmol Radziner, the 4,000-square-foot house has five bedrooms and three bathrooms. Vaulted and beamed wood ceilings, flagstone floors and walls of glass are among the features.

Considering how hot the housing market is, we’re surprised she sold today for a hair less than in 2007. 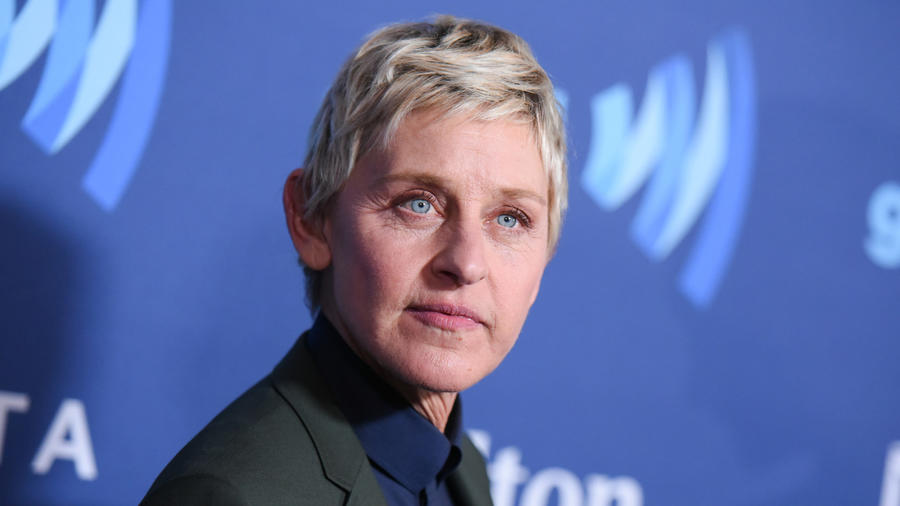 DeGeneres sold one of her many L.A. properties for $9.9 million in an off-market deal. (Associated Press)

Bouncing out of Bel-Air

Los Angeles Clippers point guard Chris Paul has his estate in Bel-Air for sale at $11.495 million.

The perennial All-Star bought the eight-bedroom, 11-bathroom mansion four years ago from singer-songwriter Avril Lavigne for $8.495 million. Among the amenities are a 12-seat theater, a billiards room and a gym with a sauna. An elevator services both floors.

Obscured on either side by tall privacy hedges, the two-story Mediterranean sits on half an acre in guard-gated Bel-Air Crest and takes in canyon and reservoir views. The 12,184-square-foot house seems a bit close to the neighbors’ houses for the asking price. He recently bought a Calabasas home with two acres of elbow room.

The 31-year-old averaged 19.5 points and 10 assists for the Clippers last season, his fifth with the team. 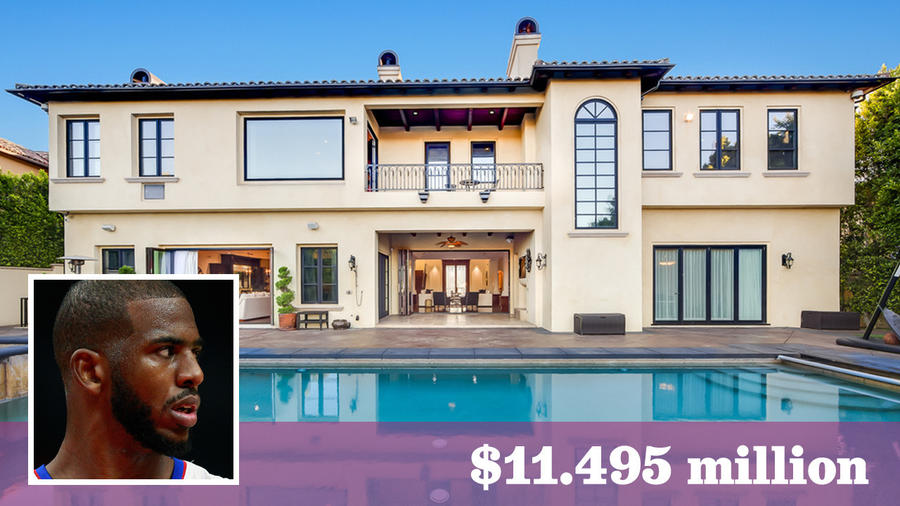 Paul put his home in Bel-Air on the market for $11.495 million. (belaircrestmansion.com | Inset: Los Angeles Times)

‘Real’ housewife on the move

Kelly Dodd, the newest regular on “The Real Housewives of Orange County,” and her husband, Michael, have put their home in Corona del Mar on the market for $6.25 million.

The contemporary-style house looks like it has had an extensive makeover since the couple bought it two years ago for $3.575 million. Among eye-catching details are sparkling chandeliers and fixtures, textured tile and a glass-paneled staircase. White walls are everywhere, as are light wood-plank floors. Rooms open to terrace space with ocean views. 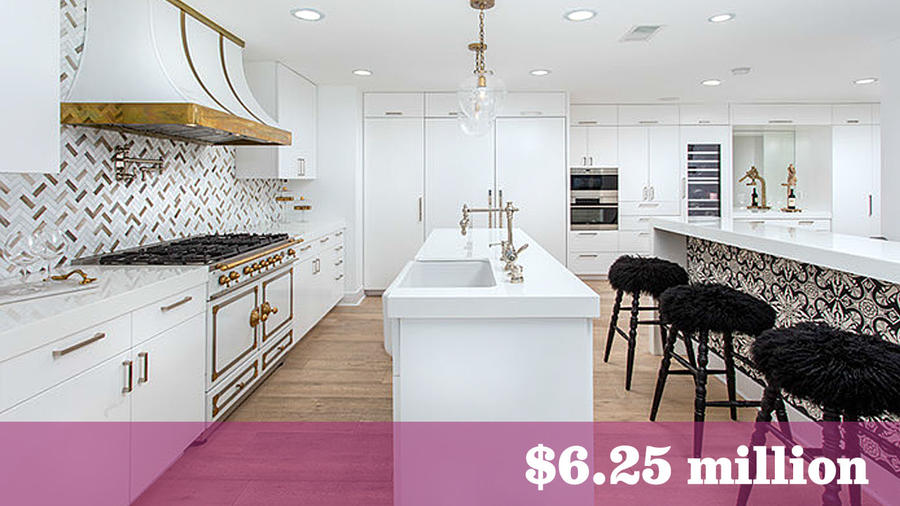 Dodd, the newest housewife on "The Real Housewives of Orange County," listed her remodeled home in Corona del Mar for $6.25 million. (David Heath)

While we’re talking glamour, the former vacation home of French actress-singer-model Brigitte Bardot is for sale at $5.65 million.

Set in the hills overlooking the French Riviera, the stone-clad residence is where Bardot stayed in her early 20s after divorcing her first husband, Roger Vadim. Le Castelet, which dates to the 13th century, has been renovated and restored. 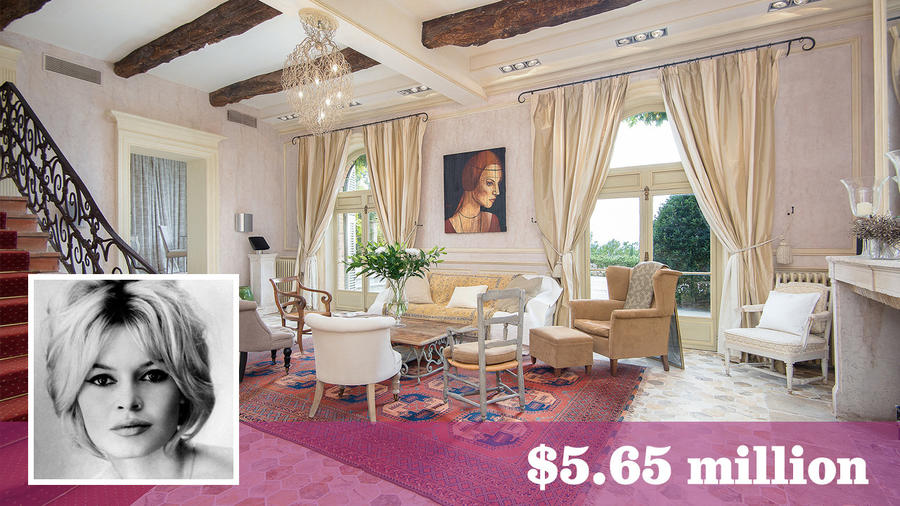 The country estate in southeastern France, listed for about $5.65 million, was once owned by Bardot. (Beauchamp Estates | Associated Press)

Easy out in Malibu

Here’s a driveway a home buyer would never have trouble exiting. The motor court features a car turntable — no backing up, ever.

Studio veteran Chris McGurk has listed the geometric contemporary in Malibu at $7.95 million.

Sitting on 65 feet of beachfront, the distinctive house has a copper roof, nearly 5,650 square feet of interiors and coastline views.

The lower level has an indoor lap pool — another feature one rarely sees. 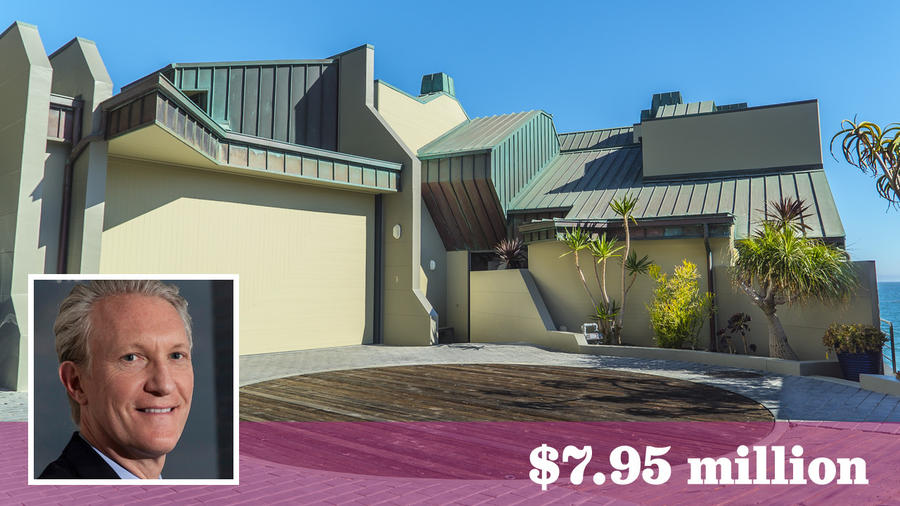 George Karl, the veteran basketball coach who was fired by the Sacramento Kings this year, has sold his home in Sacramento for $910,000. He bought the remodeled two-story last year for $870,000.

Built in 1950, the renovated 3,180-square-foot house is outfitted with modern fixtures and light hardwood floors. Outdoors, there’s a swimming pool with a baja shelf and a waterfall.

Karl, 65, is the fifth most-winning coach in NBA history, having passed former Lakers coach Phil Jackson on the all-time list last year. He previously coached the Seattle SuperSonics and the Denver Nuggets. 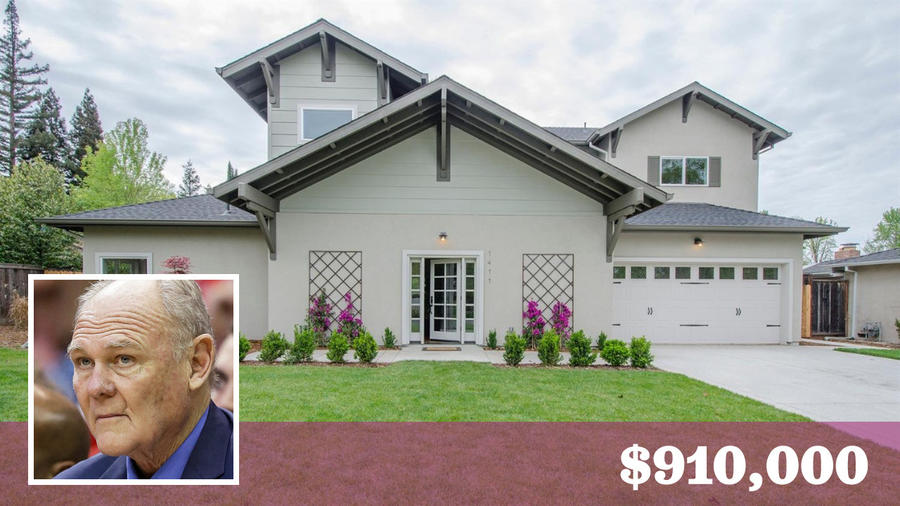 Twenty years ago, Scott Bakula of “Quantum Leap” fame put his Ojai home on the market at $1.8 million. He built the nearly 8,000-square-foot house on four acres, but decided to sell to be closer to work. The stone, wood and glass house was reached by way of a bridge over a stone creek.

Also 20 years ago, Eriq La Salle of “ER” bought a Beverly Hills-area house that had been owned in the ’50s by early screen beauty Susan Hayward. He picked up the four-bedroom 4,000-square-foot home with a guest house for about $1.6 million. More recently, the actor has found new ground in Bel-Air in the form of a ranch house overlooking Stone Canyon Reservoir.

— Billed as the most expensive house in the world, the onetime residence of Belgian King Leopold II is for sale in the south of France at $1.13 billion. Located near Nice, the 35-acre estate features a 10-bedroom palace with a ballroom, an Olympic-sized swimming pool, gardens and 20 greenhouses, reports the Express. The ritzy locale boasts such neighbors as composer Andrew Lloyd Webber and Microsoft co-founder Paul Allen.

— Chalk up a win for online rental sites in the ongoing battle between Anaheim and hundreds of short-term rental properties that have sprung up near the Disneyland Resort and the Anaheim Convention Center. Officials say they won’t enforce a new law that imposes fines on short-term rental sites for listing homes and apartments that violate the city’s rental regulations, reports The Times’ Hugo Martin. But the city will continue to enforce restrictions placed on the property owners themselves.

— It’s not always a seven-year wait for a home buyer to get a new mortgage after a foreclosure, writes Liz Weston in The Times’ Business section. The time span can be as short as three years when borrowers can prove “extenuating circumstances” led to the foreclosure, such as a job loss or major medical expenses.