A view of "Petal Drop LA (01)," created by the anonymous art collective that installed a teahouse in Griffith Park. (Carolina A. Miranda / Los Angeles Times)

The anonymous Los Angeles art collective that surreptitiously installed a teahouse in Griffith Park last summer is at it again. This time, its members are taking over an alleyway in downtown Los Angeles, where viewers can stand between a pair of century-old buildings amid a rain of flower petals.

The piece, titled "Petal Drop LA (01)," is to take place all day Saturday, and bring in other elements — including small slips of paper on which visitors can leave their memories of L.A.

"We are interested in this intersection between beauty and the industrial," said one of the group's members, all of whom choose to remain anonymous. "We've been fantasizing for a long time about dropping flower petals on industrial sites."

In this case, the site in question is a narrow slip of an urban alley between the Arcade Theatre and the Cameo Theatre on Broadway, two out-of-commission movie palaces built in 1910. For the performance, the artists have gathered 7,000 cups of flower petals — all from a Southern California flower farm, and will let them slowly rain down on viewers. 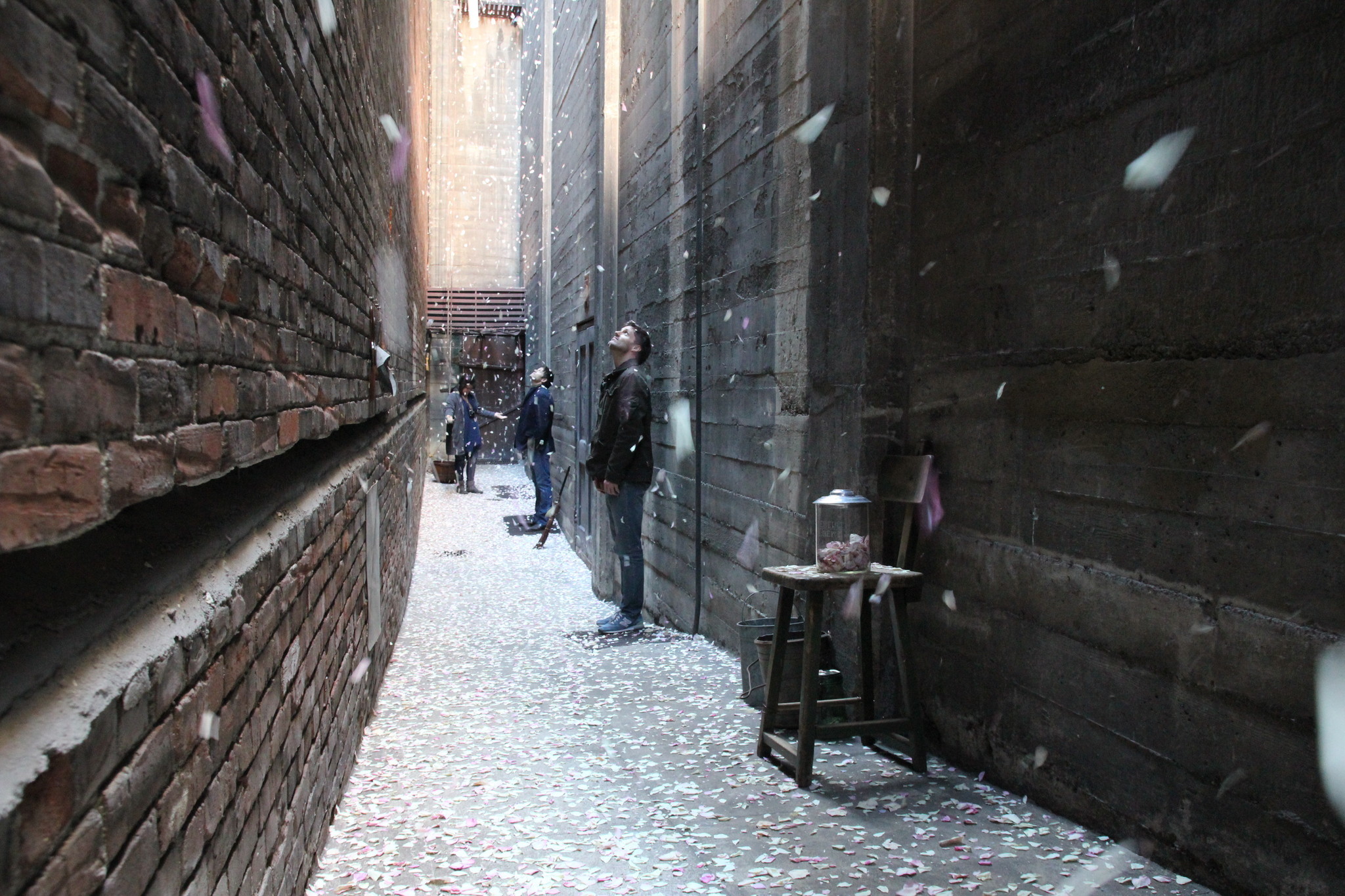 Viewers take in the rain of petals during a short preview of "Petal Drop LA (01)" held early this week. (Carolina A. Miranda / Los Angeles Times)

"Petal Drop LA (01)" is to take place at the alleyway between 530 and 532 S. Broadway between dawn and dusk on Saturday. For information about the performance or a possible reschedule in the event of rain, check the project's social media sites: @petaldropla on Twitter and Instagram.

Maurice White, founder of Earth, Wind & Fire, has died at 74