Happy Friday! This is Susan King, veteran movie writer at the Los Angeles Times and purveyor of all things vintage Hollywood and beyond. Every Friday in the Classic Hollywood newsletter, I bring you up close and personal with movie and TV milestones, notable births of legends of the silver and small screens, fun happenings around town, can’t-miss movies airing this week on TV, memories of performers I have interviewed and any noteworthy news of a prominent figure of yesteryear.

Aug. 11 marks the ninth anniversary of the death of former big band singer and talk-show host Mike Douglas, who died on his 81st birthday. 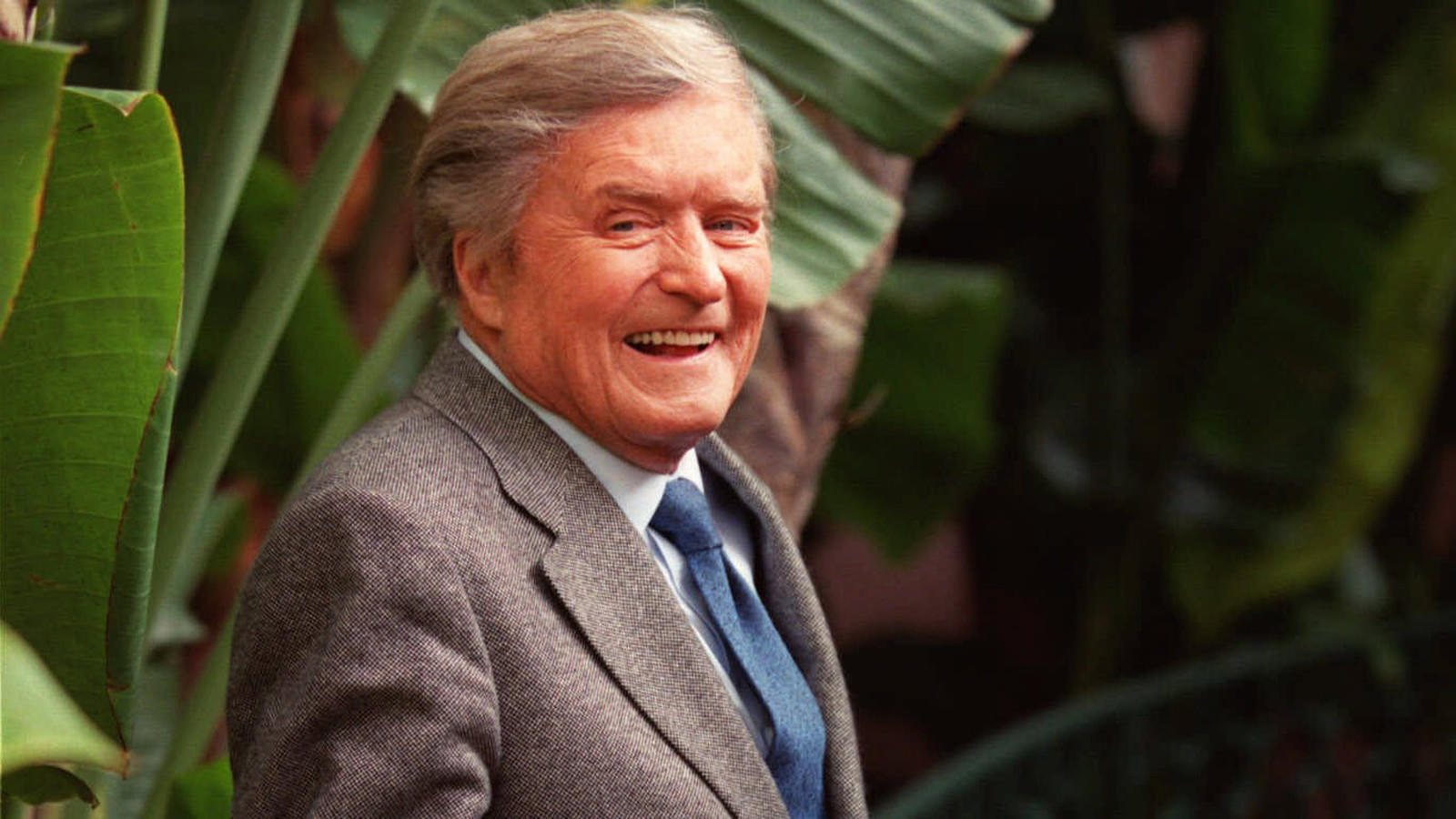 Most baby boomers grew up watching his syndicated daytime talk show, “The Mike Douglas Show,” which aired from 1961 to 1981. The series began in Cleveland, moved to Philadelphia and then ended its run in Los Angeles.

Douglas was an affable and charming host. Each week, he would have a co-host, and they ran the gamut from Florence Henderson to Jerry Lewis to John Lennon and Yoko Ono. Guests included Bob Hope, Jimmy Stewart, Lee Marvin, Mel Brooks, Totie Fields. A 2-year-old Tiger Woods showed off his golf swing on the show. And several political figures visited the show, including Malcolm X, Richard Nixon, the Rev. Martin Luther King Jr. and George Wallace.

A former band singer with Kay Kyser, Douglas also supplied the singing voice for Prince Charming in Disney’s 1950 animated “Cinderella.” He also scored a big hit on the charts in 1966 with the sentimental “The Men in My Little Girl’s Life.”

I was a teenager when I went to a taping in Philadelphia. The studio was small, stuffy and packed with fans, who happened -- not surprisingly -- to be mostly women. Jose Feliciano was the co-host, and the eclectic panel of guests included actor-comedian Marty Ingels, musician Doug Kershaw, novelist Irving Stone and the legendary Louis Prima with Sam Butera and the Witnesses. The audience received postcard-sized photos of Douglas.

A decade later, as a cub writer at the Los Angeles Herald Examiner, I interviewed Douglas, who was now living in a mansion near the Beverly Hills Hotel. He was nice and friendly but slightly nervous. And for good reason.

In 1980, Westinghouse, which had syndicated the show, dropped Douglas and replaced him with singer John Davidson. Douglas continued his show with another company, but the ratings dropped. In a last-ditch effort, the show changed formats and was retitled “The Mike Douglas Entertainment Hour.” But the new version was short-lived.

Douglas reemerged in 1999, though, with the publication of his book, “I’ll Be Right Back: Memories of TV’s Greatest Talk Show.”

Movie musicals don’t get much more perfect than MGM’s “The Band Wagon,” which opened Aug. 7, 1953.  Producer Arthur Freed had had great success building a movie around the music of George and Ira Gershwin with the Oscar-winning 1951 best film “An American in Paris” and with the songs he wrote with Nacio Herb Brown for the 1952 masterpiece “Singin’ in the Rain.” With “Band Wagon,” Freed chose to highlight the songs of Howard Dietz and Arthur Schwartz, who even wrote a new tune for the film, “That’s Entertainment.” 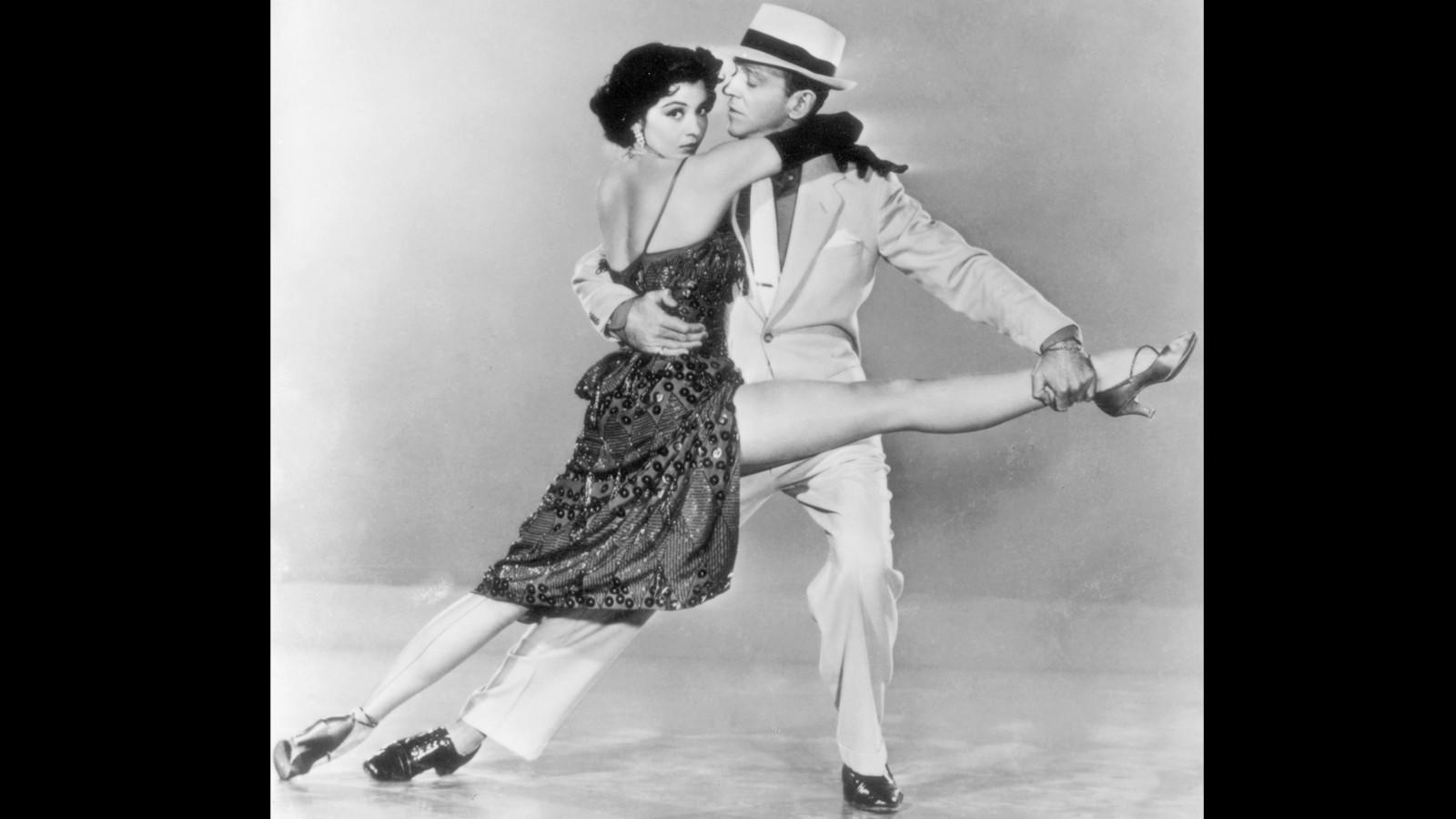 Directed by Vincente Minnelli, who helmed “An American in Paris,” and penned by Betty Comden and Adolph Green, fresh off “Singin’ in the Rain," the film starred Fred Astaire as a former Broadway star who returns to the stage in hopes of rejuvenating his career. Rounding out the Technicolor delight were Oscar Levant and Nanette Fabray as the playwrights; the wonderful Jack Buchanan as the pretentious director and Cyd Charisse in her first starring role as the leading lady.

My favorite moment: Astaire, who had appeared on Broadway in the 1931 version of “The Band Wagon,” and Charisse creating magic in their “Dancing in the Dark” number.

Check out Times staff writer Noah Bierman's story on the Library of Congress' annual "Mostly Lost" film festival, which took place in June. Movie buffs, historians and archivists gathered over three days to watch fragments of 125 unidentified silent films, frantically trying to search for clues to the clips as they watched.

You can listen to my audio commentary on three of the clips:

-- A vintage western illustrating the ravages of nitrate damage

-- The importance of musical accompaniment during the silent movie era

-- Monkeys, dogs and horses, oh my. The popularity of animals in silent movies 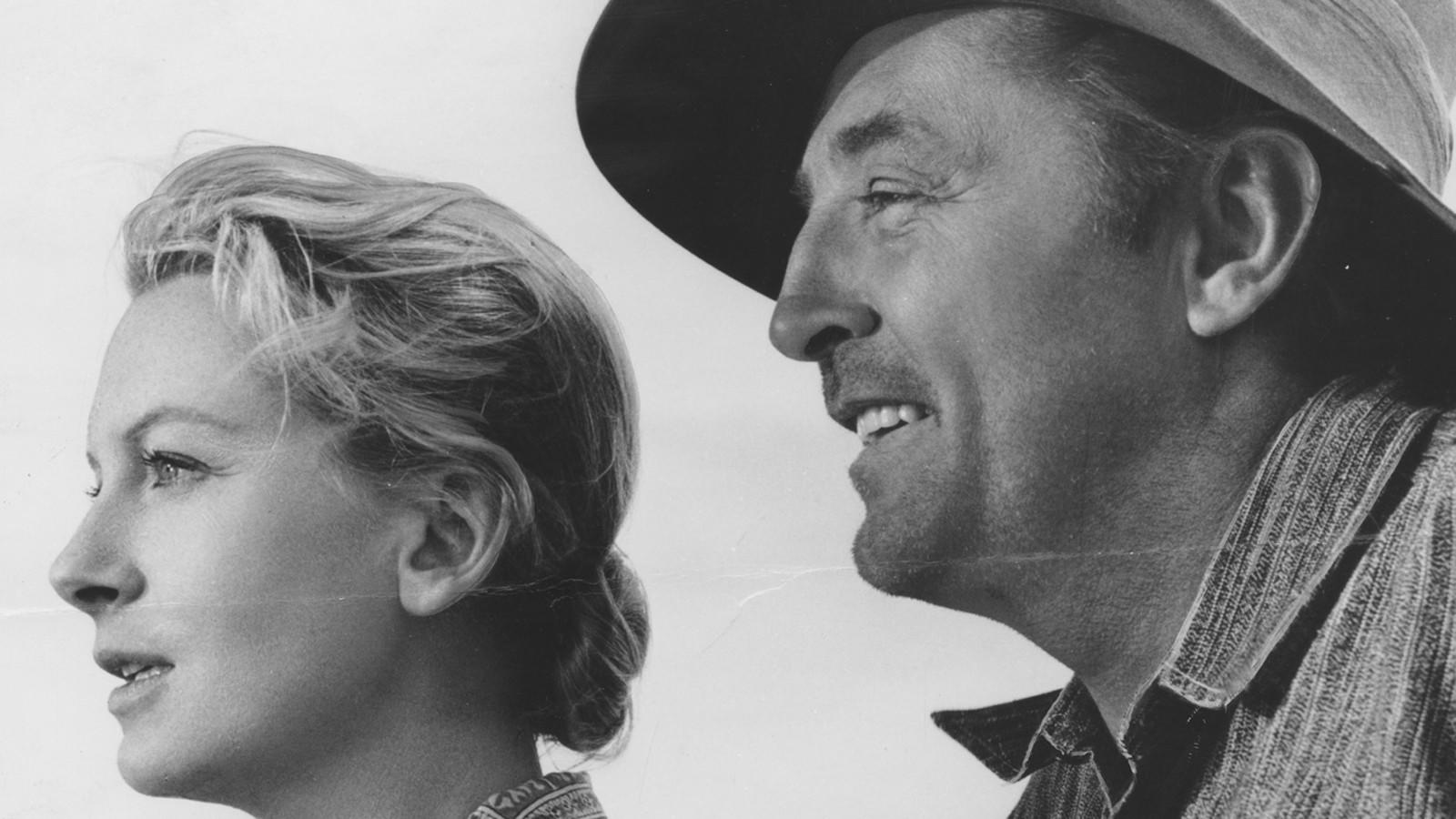 Deborah Kerr and Robert Mitchum star in the 1960 film "The Sundowners." (Warner Bros.)

I had the opportunity to interview Mitchum 25 years ago when he was doing a short-lived NBC comedy series called “A Family for Joe.” He was known as being quite a prickly pear in interviews, and he played the curmudgeon role to the hilt when I chatted with him during a rehearsal break at Culver Studios.

I asked him if it was challenging to film the show in front of a live audience.

“Of course not,” he said with a growl. “It’s no different than being in front of a 200-man crew or a battleship full of sailors.”

He refused to have a documentary done on his life -- “Why don’t I just take out an ad?” -- or correct errors in a biography published about him -- “I don’t know any of my fans. Who cares?”

But the actor did open up when asked about his early films.

“Someone told me I did 17 pictures in a one-year span and they were all for different studios,” he said. “When I did ‘Undercurrent’ at MGM, I was doing ‘The Locket’ here at this studio and working on a picture called ‘Desire Me’ with Greer Garson -- all at the same time. I would finish here -- we were doing exteriors on the lot at night -- and when the dawn broke, I had to be at Metro at 7 in the morning in makeup and then they would fly me to Monterey in the afternoon to spend time with Greer Garson, and back I would come and work here all night. I spent 21 days and nights doing that. I was making $350 a week.”

The New Beverly Cinema is presenting a “Meeker Mania!” retrospective Sunday and Monday featuring two westerns starring iconic tough guy Ralph Meeker: Sam Fuller’s terrific 1957 revisionist “Run of the Arrow,” which stars Rod Steiger and Brian Keith, and the gritty 1953 Anthony Mann-Jimmy Stewart collaboration, “The Naked Spur,” which also stars Robert Ryan and Janet Leigh. And for those Fuller fans who can’t get to the New Beverly, Warner Archive has just released “Run of the Arrow” on DVD.

With the feature film version of the 1960s’ classic spy series “The Man From U.N.C.L.E.” opening Aug. 14, I look back at the cultural phenomenon and baby boomer’s never-ending love affair for the show that starred Robert Vaughn and David McCallum in this Sunday’s Classic Hollywood column.

And speaking of Vaughn and McCallum, the New Beverly Cinema is showing two of the films they made during their “U.N.C.L.E”  years this Wednesday and Thursday: 1966’s “The Venetian Affair” starring Vaughn and 1968’s “Sol Madrid” with McCallum.