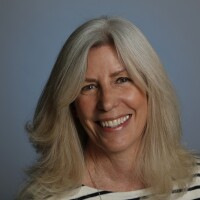 Former Los Angeles Times film critic Betsy Sharkey is an award-winning entertainment journalist and bestselling author. She left the newsroom in 2015. In addition to her critical essays and reviews of about 200 films a year for The Times, Sharkey’s weekly movie reviews appeared in newspapers nationally and internationally. Her books include collaborations with Oscar-winning actresses Faye Dunaway on “Looking for Gatsby” and Marlee Matlin on “I’ll Scream Later.” Sharkey holds a degree in journalism and a master’s in communications theory from Texas Christian University.