Newsletter: Indie Focus: L.A. tales with ‘Tangerine,’ ‘Decline’ box and ‘You Must Remember This’

We are very excited about the new movie "Tangerine." We'll be screening it this Wednesday as part of our Indie Focus Screening Series, followed by a Q&A with some of the cast and filmmaking team.

And later in the month we'll be having screening/Q&A events with more hits from this year's Sundance Film Festival with "The End of The Tour" and "The Diary of a Teenage Girl." Please keep an eye on the events page for details. Many Los Angeles residents have probably driven by the bustling shop Donut Time at the corner of Santa Monica and Highland and wondered about what goes on in there. "Tangerine" takes the shop as its main location as it tells the story of a very eventful Christmas Eve day. The film, starring Mya Taylor and Kitana Kiki Rodriguez, takes a look at the everyday hustles and hassles of working on the streets.

"Tangerine," directed by Sean Baker, was shot using an iPhone to create a vivid look that is nimble, agile and still sweepingly cinematic. The movie manages to be intimate and emotional while maintaining a lightness and neo-screwball sensibility -- a raucous buddy comedy with dramatic unpinning.

"Nobody wants to sit inside the theater with a bunch of crying, sad people," Taylor said of the film's unusual balancing act between light and dark.

"Who wants miserable, miserable, more miserable?" Rodriguez added. "Even if that's all you can see or the predicament of the life you're living in, I think that's what people out here do. You know, misery loves comedy."

"Tangerine" isn't the first time that dedicated Indie Focus readers should be encountering the work of Sean Baker, by the way. We've covered his previous "Prince of Broadway," which was presented by a pre-"Empire" Lee Daniels, as well as ""Starlet," which starred Dree Hemingway and Besedka Johnson.

For at least the third weekend this summer, there are two big movies opening that feel as if they could split audiences along lines of gender, age, quality or some combination thereof. This time it's the male stripper dramedy of "Magic Mike XXL" going up against the newly revived action franchise of "Terminator Genisys."

The new "XXL," a sequel to the surprise 2012 hit "Magic Mike," does indeed seem to be super-sized. Heightening the freewheeling irreverence of the first film, Channing Tatum, Joe Manganiello and their gaggle of guys are joined this time by a cast that also includes Jada Pinkett-Smith, Andie MacDowell, Amber Heard and Elizabeth Banks. In her Times review, Rebecca Keegan noted that the film feels "like a male fantasy of what a female fantasy should be," while adding that there is "something sweet about filmmakers thinking this hard about what turns women on."

In my review of "Terminator Genisys," I declared, "In smashing together elements from the first two 'Terminator' movies with Digital Age anxiety over connectivity and privacy, the new movie is kind of like a wedding DJ remixing period hits with a modern beat. Which is to say, 'Terminator Genisys' is no fresh start -- it's a mess." 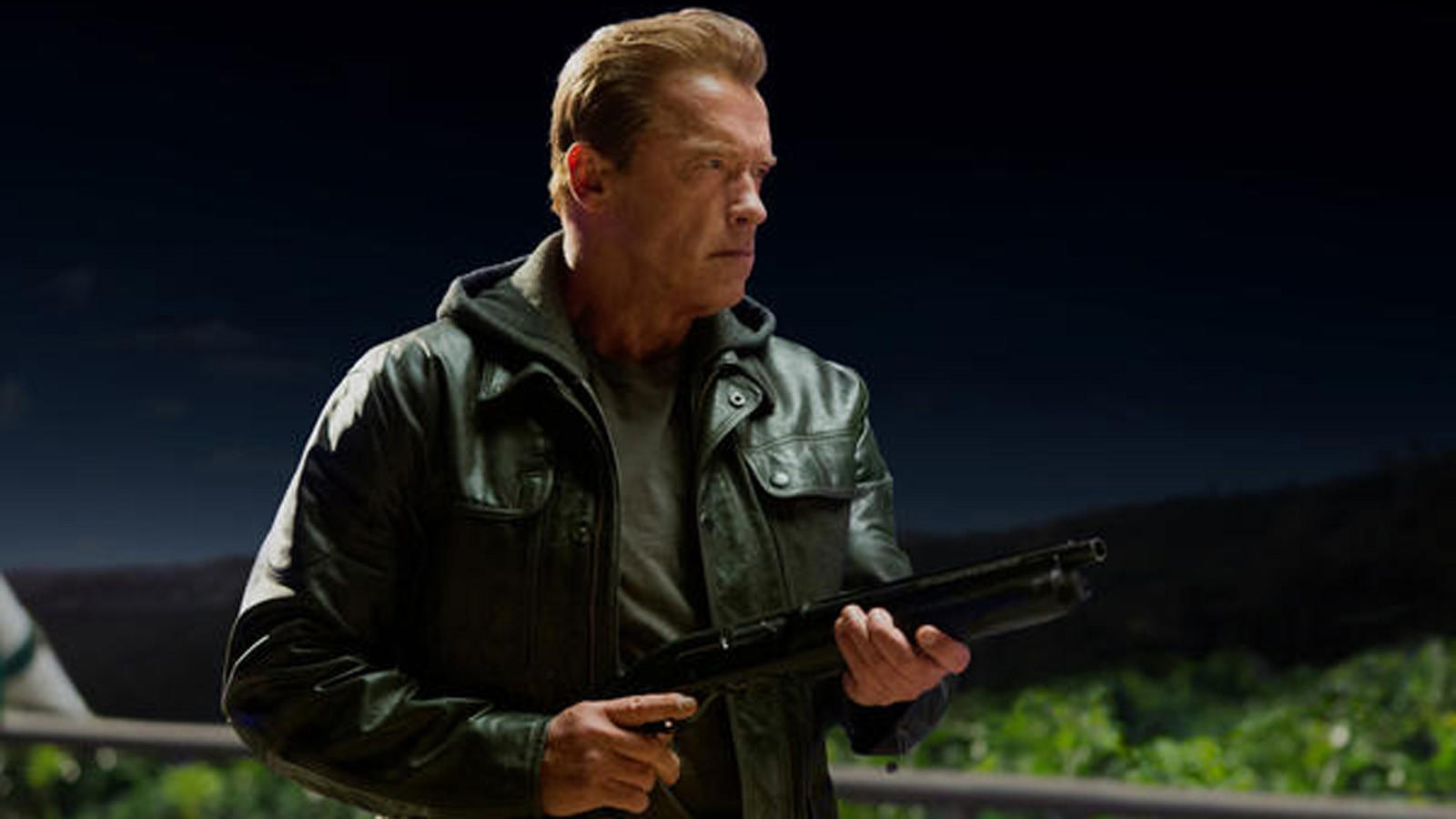 Penelope Spheeris' trio of documentaries known as "The Decline of Western Civilization," Parts 1, 2 and 3, has just been released as a set for the first time. The home video boxed set becomes something of an instantly essential document of three specific times and places. Taken together, they make for a survey of different scenes in Los Angeles but also the dreamers who populate them.

Part 1 looks at the early L.A. punk scene, with footage of X, the Germs, Fear and Alice Bag Band. Part 2, subtitled "The Metal Years," is a more ironic look at Sunset Strip strivers on the mid-'80s hair-band scene. And Part 3 is a sobering look at homeless street kids. Lizzy Borden in the second part of the documentary trilogy "The Decline of Western Civilization," now in a DVD boxed-set. (Shout! Factory)

"I know that the urban myth is that there were music issues, but not to our knowledge," Spheeris told us in a recent interview as to why the films have been long unavailable. "The reason it didn't come out yet is I just didn't want to deal with it."

She added: "I've always known that I needed to do it; there's so many people that have such intense interest in it. But I wasn't really ever able to do it because I think I consider this work my identity. So I think I was afraid of doing it wrong."

'You Must Remember This' podcast

Former LA Weekly film critic turned author and historian Karina Longworth has been building a growing following for her podcast "You Must Remember This" which she bills as chronicling "the secret and/or forgotten histories of Hollywood's first century." The podcast has a real flair for turning history into dramatic narratives. Previous episodes have dealt with the myth of Frances Farmer, the self-reinvention of Isabella Rossellini, the many loves of Howard Hughes or untangling the relationships and careers of Humphrey Bogart and Lauren Bacall or Madonna and Sean Penn.

Longworth's current season is titled "Charles Manson's Hollywood," and in it she presents the story of Manson, his followers and their terrifying rampage of murder and fear as one of ambition gone very wrong, with a cast of hustlers, rock stars, movie people, celebrity offspring, drifters and assorted hangers-on all intersecting in freewheeling, free-loving late-'60s Los Angeles. It makes for riveting storytelling, as in the recent episode that explored the connection between underground filmmaker Kenneth Anger and musician Bobby Beausoleil, who would be the first person to go to jail for a Manson-associated murder.

(Full disclosure: I have appeared on the podcast twice, once as the anxious voice of auteur horror producer Val Lewton and again as a fellow former resident of Kansas City gone California, Walt Disney.)