It has bridges, skyscrapers, brownstones, beautiful parks and masterpiece-filled museums. It’s surrounded by rivers and next to an ocean. The perfect backlot.

The world passes through its gates, and with 8 million people spread over more than 300 square miles, there is never a shortage of stories.

It’s no wonder that the city’s five boroughs have been inspiring filmmakers since the 19th century. 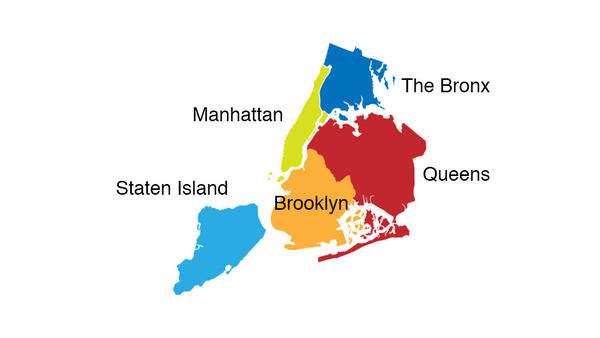 In fact, nearly 200 feature films have carried the name of one of the boroughs in their titles. As audiences continue to flock to see the critically acclaimed “Brooklyn” as it enters wider release, we take a look at the best (and a few of the worst) of these films in a borough-by-borough rundown, remembering the caveat that the borough’s name must be in the movie title. 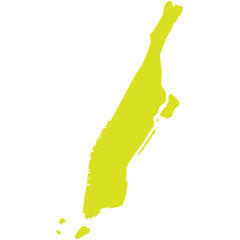 There may be “8 million stories in the naked city” (to quote the old TV series), and thousands of movies set on the island, but according to IMDB, “only” 86 movies actually contain the word Manhattan in their title.

And the best of those, hands down, is Brooklyn-born Woody Allen’s 1979 ode to his adopted borough, “Manhattan,” co-starring Diane Keaton, Michael Murphy and Mariel Hemingway. While there are certainly dissenting views as to the movie’s dated sexual politics, “Manhattan” remains Allen’s most iconic film, with its lush black-and-white photography, courtesy of Queens-born cinematographer Gordon Willis, and swooning use of fellow Brooklynite George Gershwin’s “Rhapsody in Blue.”

Times’ critic Charles Champlin wrote, “The city in all its teeming clangorous vitality has never had such a Valentine since E.B. White wrote an essay on New York in summer” more than a quarter-century earlier. Hemingway and the screenplay, by Allen and Marshall Brickman, were nominated for Academy Awards. 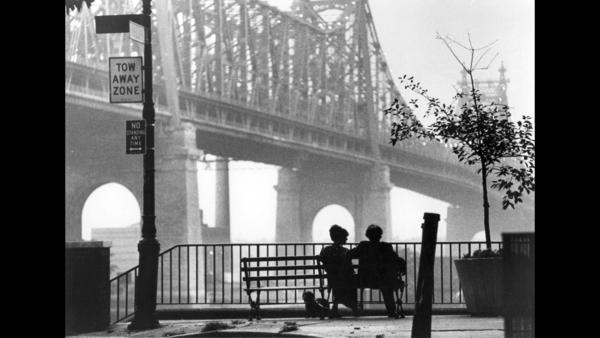 An iconographic shot of the Queensborough Bridge from Sutton Place in Woody Allen’s "Manhattan." (Handout/United Artists)

Other contenders were Allen’s light and airy 1993 comedy “Manhattan Murder Mystery,” which reunited him with Keaton, as well as “Crimes and Misdemeanors” co-stars Alan Alda and Anjelica Huston; the 1942 anthology “Tales of Manhattan,” in which a coat is passed among the likes of Charles Boyer, Cesar Romero, Charles Laughton, Edward G. Robinson and J. Carrol Naish; “Manhattan Melodrama” (1934), starring Clark Gable and William Powell as childhood pals who grow up to be a D.A. and gangster, respectively, with Myrna Loy caught in between; “Little Manhattan,” a 2005 romantic comedy with a pre-“Hunger Games’” Josh Hutcherson as a 10-year-old boy discovering girls; and “The Muppets Take Manhattan” (1984), which is arguably the best of the Henson gang’s cinematic offerings prior to the 2011 reboot.

Not great, but still worth a mention are the Sidney Lumet-directed “Night Falls on Manhattan” (1997), starring Andy Garcia as a corruption-fighting district attorney (bonus points because Lumet made the city a character in so many of his other films); “Manhattan Merry-Go-Round” (1938), a frothy number fortified by performances from Gene Autry, Cab Calloway and others, and which includes, curiously enough, an appearance by New York Yankee great Joe DiMaggio; and Wayne Wang’s 2002 romantic comedy “Maid in Manhattan,” which pairs a mismatched Ralph Fiennes and Bronx-born Jennifer Lopez, a.k.a. “Jenny from the Block.” There’s also “Friday the 13th Part VIII: Jason Takes Manhattan,” but be forewarned, it takes the hockey-masked killer a seriously long time to reach Times Square. 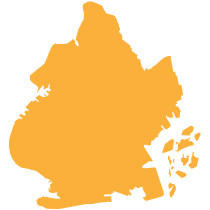 The most populous borough, Brooklyn is the setting of hundreds of movies and the land of Coney Island, and it challenges Manhattan with 80 namesake feature films.

“Brooklyn,” directed by John Crowley, is a likely Oscar contender, but it’s going to have to stand the test of time to unseat our choice, “A Tree Grows in Brooklyn” (1945). Elia Kazan made an auspicious feature directing debut with this adaptation of Betty Smith’s aspirational novel about a young girl growing up with her extended family in a Williamsburg tenement. 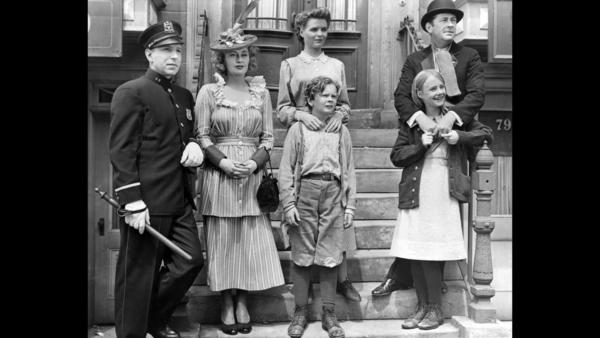 The cast of "A Tree Grows in Brooklyn." (World Wide Photos/Handout)

Also worth a look while in the neighborhood are Katie Dellamaggiore’s “Brooklyn Castle,” a well-received 2012 documentary about an after-school chess program in a public school; “Last Exit to Brooklyn” (1989), directed by Uli Edel, and based on Hubert Selby Jr.’s gritty look at street life in 1952, it features Stephen Lang, Jennifer Jason Leigh and Jerry Orbach; and Matty Rich’s 1991 debut film, “Straight Out of Brooklyn,” about an African American teen desperate to escape the projects.

Other films representing are “The Kid From Brooklyn” (1946), with native son Danny Kaye as a milkman-turned-unlikely-prize-fighter; “It Happened in Brooklyn” (1947), a kind-of proto Rat Pack pic casting-wise, with Frank Sinatra as a GI who brings shy Englishman Peter Lawford back to the States; Antoine Fuqua’s “Brooklyn’s Finest” (2009) stars Richard Gere, Don Cheadle and Ethan Hawke as New York cops, with Wesley Snipes as a criminal, duking it out in Brownsville; and “Brooklyn Rules” (2007), directed by Michael Corrente, an overly familiar tale of three pals (played by Scott Caan, Freddie Prinze Jr. and Jerry Ferrara) on the make amid mobsters in 1985.

Not making the borough proud are the critical and commercial flop “The Angriest Man in Brooklyn” (2014), one of Robin Williams’ final roles, in which he plays a man given 90 minutes to live; and “Vampire in Brooklyn,” with borough native Eddie Murphy as a Caribbean bloodsucker putting the moves on Angela Bassett. Directed by Wes Craven. Really. 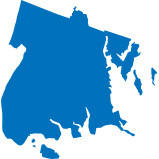 Home to the Yankees and the northernmost of the boroughs, the Bronx boasts 18 films to its name, and in some, it’s not even on fire.

Local boy-made-good Chazz Palminteri jump-started his acting career when he wrote and starred in the autobiographical one-man play “A Bronx Tale.” The 1993 film version, a critical success and our choice for this borough’s best, was developed by De Niro as his feature directing debut. The Greenwich Village-born De Niro bought the film rights after seeing a performance of the play; he guaranteed Palminteri that he could write the screenplay and reprise the role of Sonny, a neighborhood mobster who befriends a local boy (played at different ages by Francis Capra and Lillo Brancato Jr.). De Niro co-stars as the boy’s father, a bus driver trying to instill in him working-class values.

In his review, Times’ critic Kenneth Turan wrote that the movie “brings more tangy authenticity to its evocation of the tribal world of New York’s ethnic neighborhoods than almost any film you can name. Its re-creation of the primarily Italian Belmont section, home of hoodlums and honest citizens both, is so sweetly and vividly remembered you can almost smell the pepperoni.” 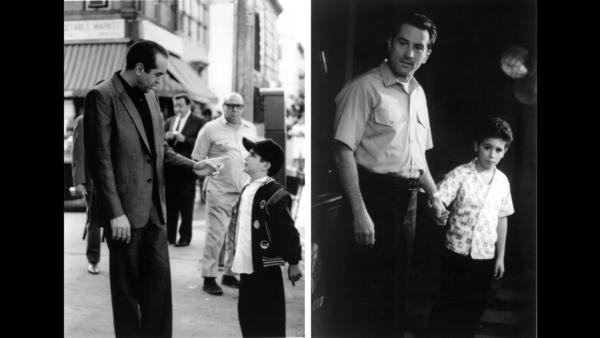 Other films included were “Fort Apache, The Bronx” (1981), with Paul Newman as an aging NYPD officer in a notoriously crime-ridden section of the borough; and the 1995 Hong Kong actioner “Rumble in the Bronx,” which marked Jackie Chan’s mainstream U.S. breakthrough. The latter film loses points as it was shot in Vancouver with British Columbia’s North Shore Mountains clearly visible in some shots. As Turan said in his review, “This movie’s setting bears as much relation to the real Bronx as Chinese food does to Big Macs.”

A couple of other films to mention, more for the bizarreness of their existence than anything else, are “LaMotta: Bronx Bull” (2015), which played the Newport Beach Film Festival in April, and stars William Forsythe as boxer Jake LaMotta in a wannabe sequel that is legally prohibited from calling itself “Raging Bull II”; and “1990: The Bronx Warriors” (1982), a silly Italian sci-fi film, with Vic Morrow and Fred Williamson, that mashes up a lot of much better post-apocalyptic movies.

Notable natives of the Bronx include “Godfather” siblings Al Pacino and James Caan, husky-voiced Lauren Bacall, writer Paddy Chayefsky, actress Anne Bancroft, writer Neil Simon, and, surprisingly, Saoirse Ronan, star of “Brooklyn,” who was born in New York to Irish parents, but the family moved back to Ireland when Ronan was 3. 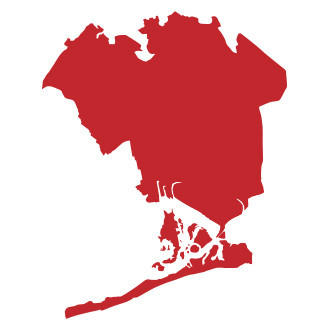 The physically largest of the boroughs may not have many movies christened in its honor, but who cares when you have two international airports, U.S. Open tennis and the National League Champion Mets?

The choices do drop off markedly here, with “Queens Logic,” a 1991 ensemble piece, winning almost by default. It’s one of those movies with a stellar cast – Kevin Bacon, Jamie Lee Curtis, Linda Fiorentino, John Malkovich, Joe Mantegna, Tony Spiridakis, Tom Waits, Chloe Webb and Ken Olin – that never quite comes together as a fully realized story. Written by Spiridakis and directed by Steve Rash, the film revolves around five lifelong buddies now in their 30s reuniting for the marriage of Olin’s character. 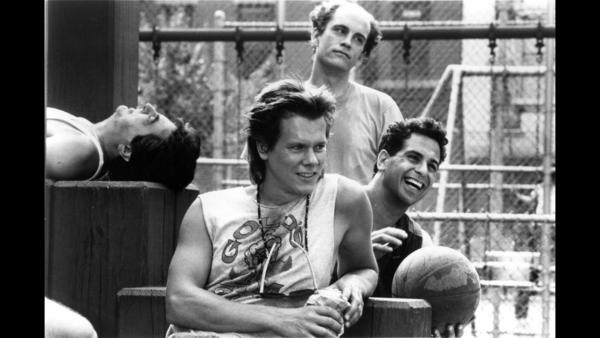 It’s “competition,” on the other hand, the little-seen romantic comedy “How to Go Out on a Date in Queens” (2006), barely had a theatrical release; and the presence of Jason Alexander only makes one hope in vain that it is a never-before-seen Costanza-centric episode of “Seinfeld.” It’s not. 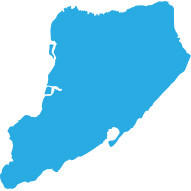 While the number of feature films that carry Staten Island in the title may be sparse, the least densely populated of the boroughs is able to lay claim to being the filming location for the Corleone compound in “The Godfather” movies.

Like Queens, the pickings were slim and basically came down to two movies (there is a third film, a romantic comedy simply titled “Staten Island” (2007), for which there is too little information to be considered). In the closest battle of all the boroughs, we bestow the crown on the sun, sand and mildly decadent fun of “Staten Island Summer,” a 2015 lifeguard comedy written by “Saturday Night Live’s” Colin Jost and populated by a slew of his colleagues. Gary Goldstein in The Times called it a “refreshingly old school coming-of-age comedy with just enough raunchiness, stoner humor and otherwise dubious behavior to divert movie audiences weaned on violated pies and superbad high jinks.”

Runner-up is another, different film called “Staten Island” (2009). A crime drama starring Ethan Hawke, Vincent D’Onofrio and Seymour Cassell, it fared so poorly in its brief theatrical release that it entered into the movie equivalent of the witness relocation program: a video title change to “Little New York.” 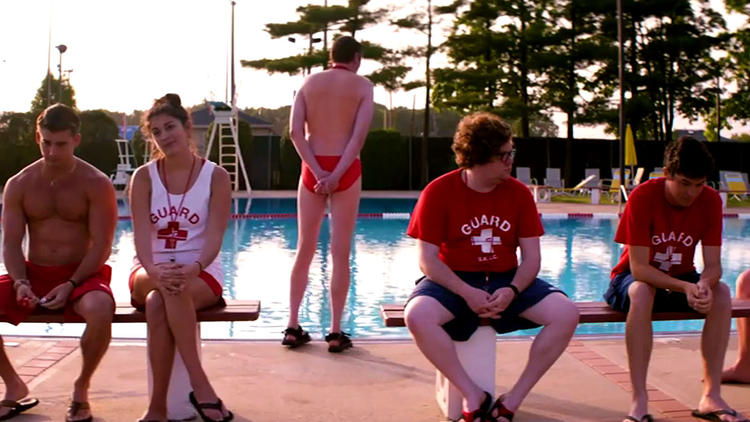 Now in his second tour with the Los Angeles Times, totaling more than 25 years, Kevin Crust is the planning editor for Entertainment and Arts. He previously served as deputy film editor and staff writer. A lifelong Southern Californian and a graduate of Mount St. Mary’s, he spends way too much time analyzing baseball statistics.