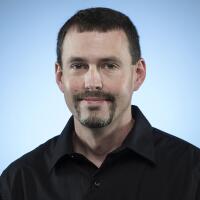 Chad Terhune previously covered the business of healthcare, including medical costs, patient safety and the rollout of the federal health law. Prior to joining in 2012, he was an award-winning reporter for the Wall Street Journal and Businessweek. Chad spent more than a decade at the Journal and his stories on health insurance won a National Press Club award. At Businessweek, his stories on health reform and subprime mortgages earned recognition from the New York Press Club and Investigative Reporters and Editors. He graduated from the University of Florida. Terhune left The Times in January 2016.