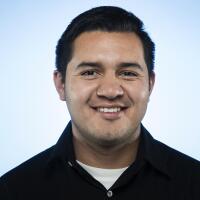 James Barragan started at the Los Angeles Times as a Metpro trainee after graduating from UCLA with a bachelor’s degree in history. Before working at The Times, James was a Chips Quinn Scholar at the Austin-American Statesman. While in school he also interned for the Huffington Post’s Spanish language website, Voces, and attended the New York Times Student Journalism Institute. James is a Los Angeles native and a fluent Spanish speaker and writer. He left in 2014.