Security forces have killed suspected Charlie Hebdo shooters Said and Cherif Kouachi, as well as a third hostage-taker in a kosher supermarket, according to Associated Press. 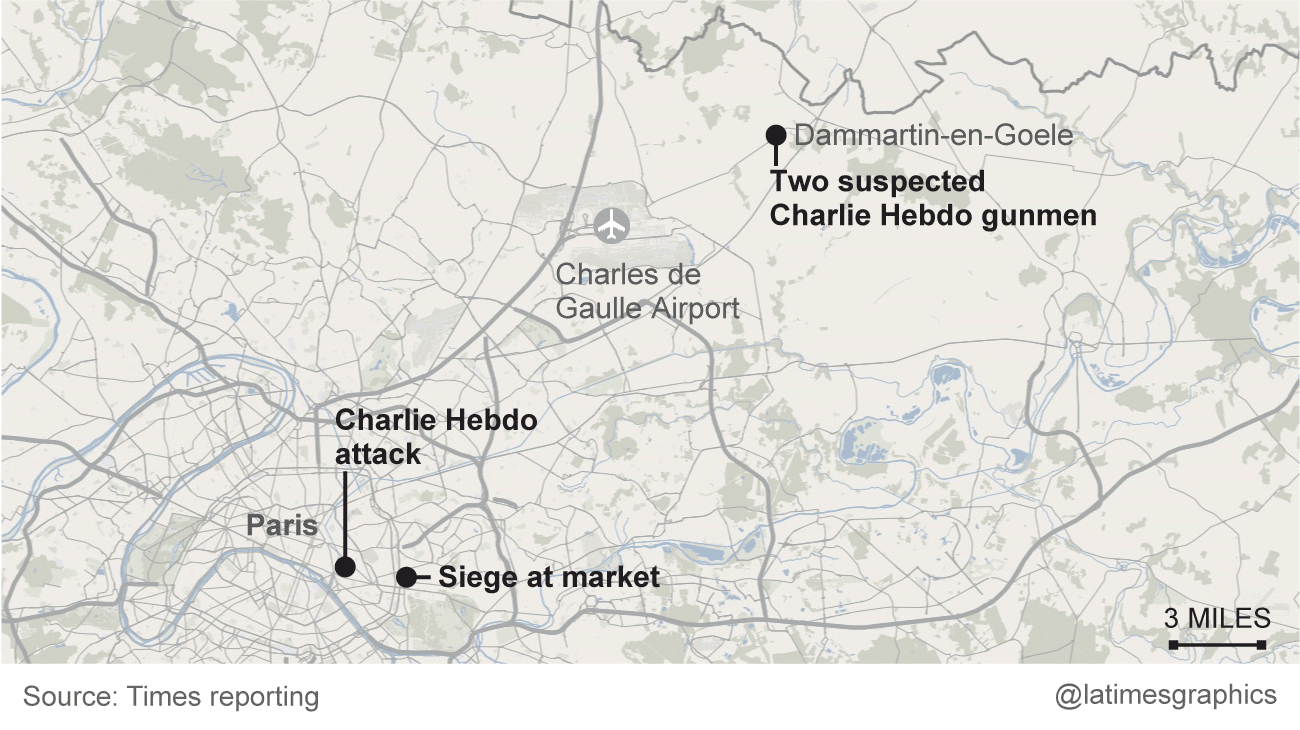 Dual hostage situations arose early Friday. One occurred at a grocery store in Paris’ Jewish neighborhood of Marais and the other northeast of Paris in Dammartin-en-Goële where the two suspects in the Charlie Hebdo massacre barricaded themselves in a building with at least one hostage. A third gunman in Paris identified as Amedy Coulibaly has a “sure” connection with the Kouachi brothers, a senior police official told the New York Times. 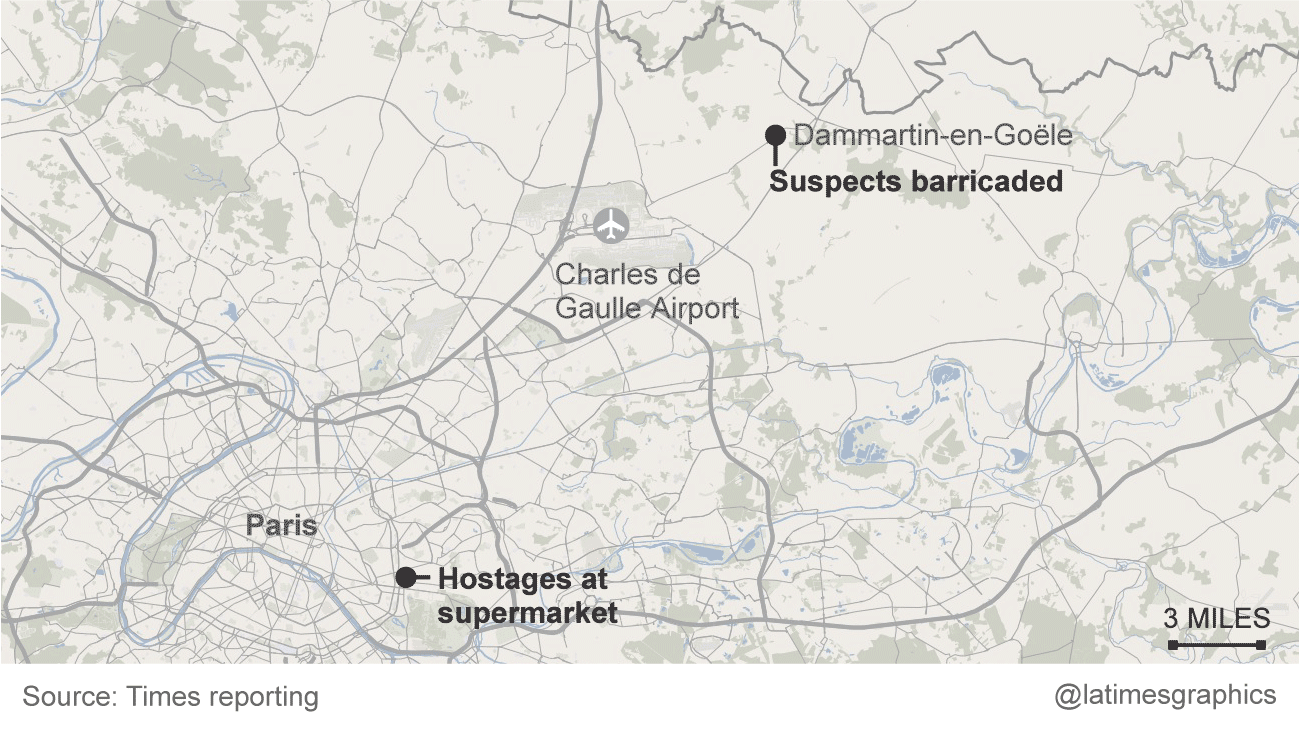 Police launched a nationwide search Thursday for brothers Said and Cherif Kaouachi, 34 and 32 respectively. Cherif was convicted of terror-related charges in 2008. A third man, 18-year-old Hamyd Mourad, reportedly turned himself in to authorities Wednesday night after having learned that his name was connected to the attacks. 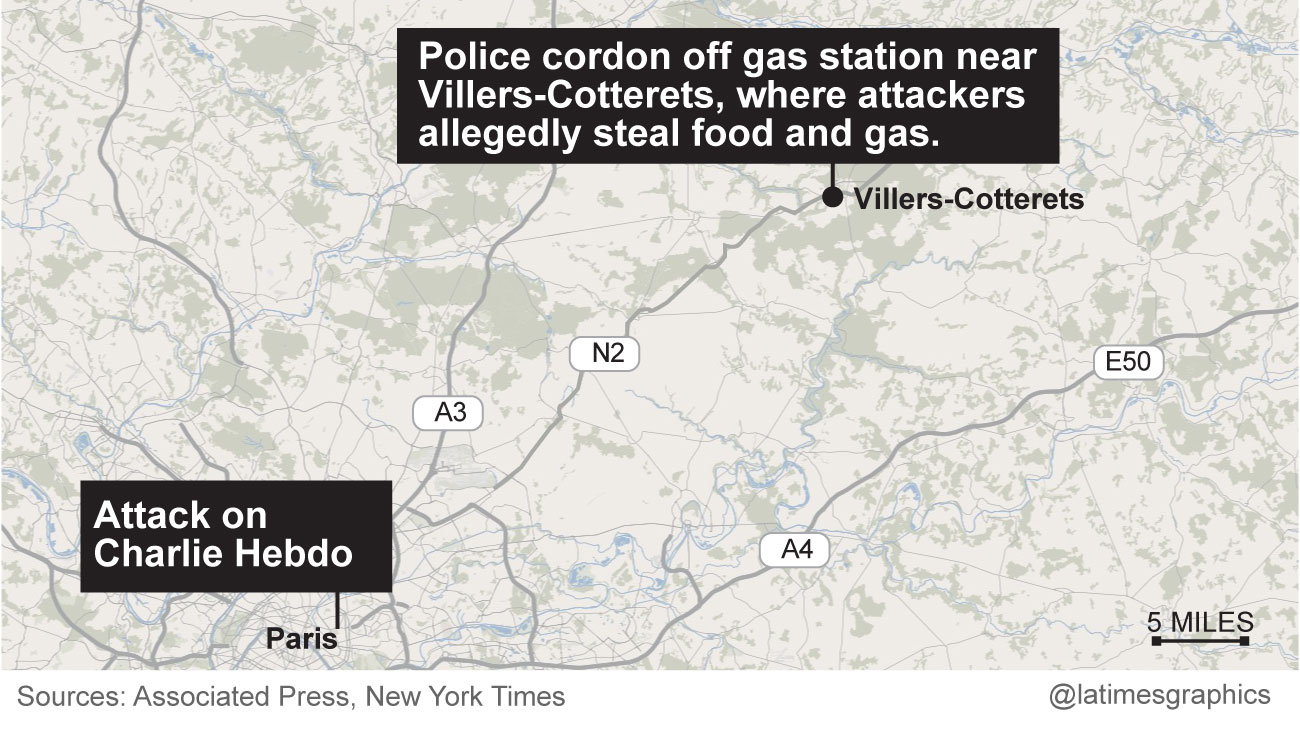 The attack and escape 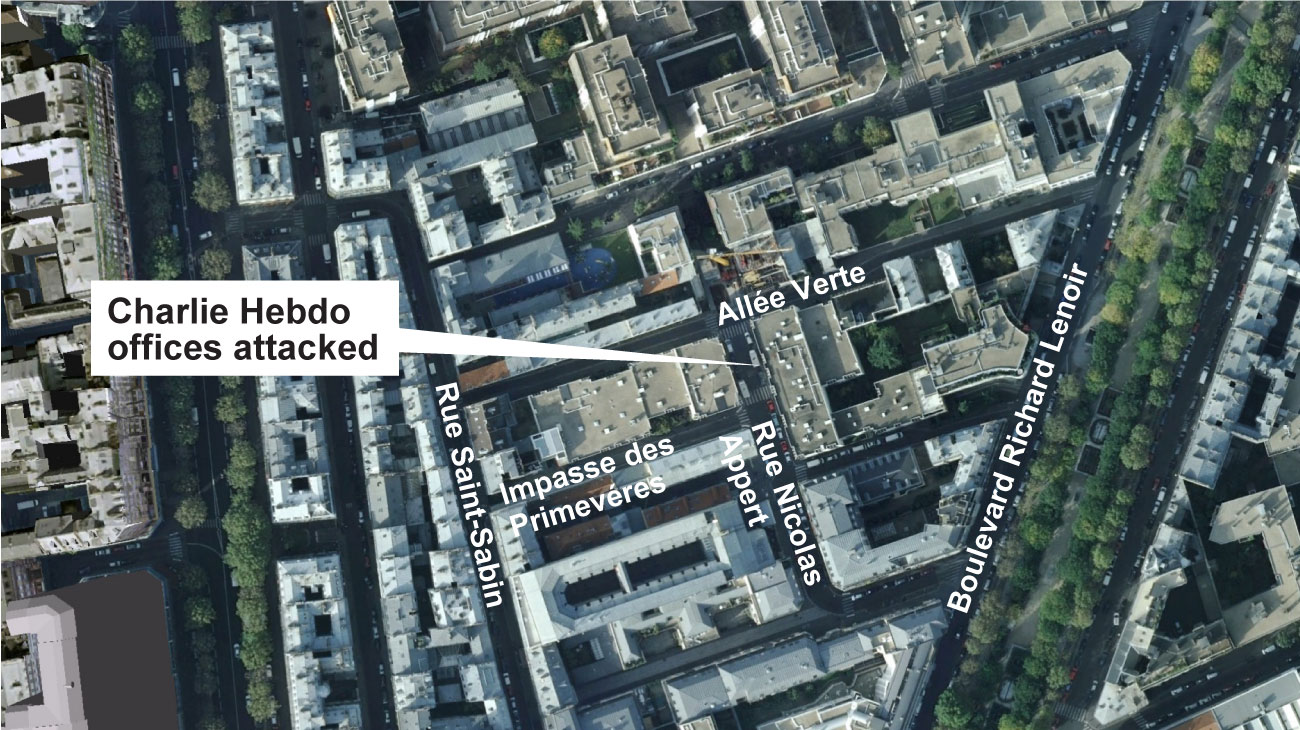 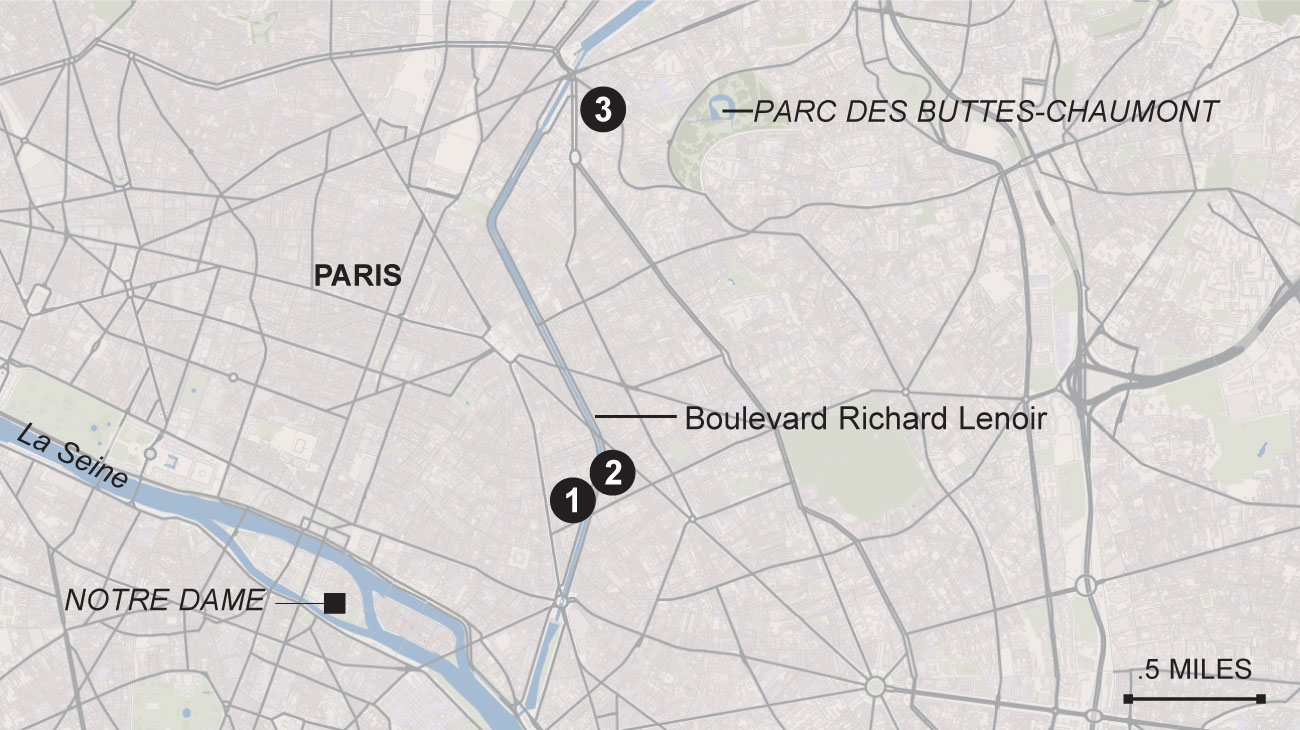