She’s homeless and likes it that way

Annie Moody has been arrested 59 times in six years, as L.A. officers try to get her off the streets of skid row. But to her, that’s home.

Annie Moody has been arrested 59 times in six years, as L.A. officers try to get her off the streets of skid row. But to her, that's home.

She's homeless
and likes it
that way 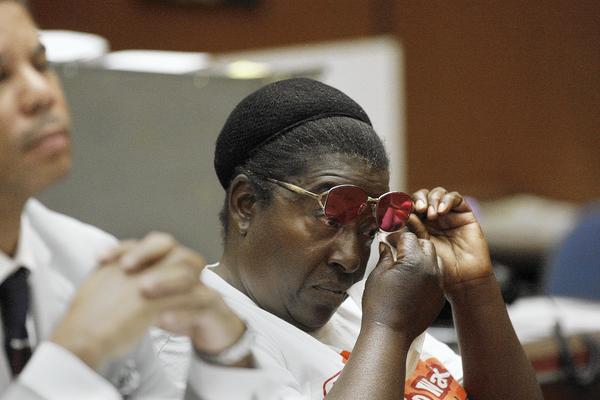 Annie Moody, shown in a court hearing, has been tried 18 times, convicted 14 times and jailed for 15 months, costing taxpayers at least a quarter of a million dollars, according to court and law enforcement records. More photos

Annie Moody has been arrested 59 times in six years, as L.A. officers try to get her off the streets of skid row. But to her, that's home.

Steve Harvey's DJ patter floated out of the orange tent, followed by a clear contralto singing along to KJLH's classic rhythm and blues. Patrol cars slid by, and police officers called out, "Good morning" and "Time to get up."

It was reveille, skid row-style: Time for Annie Moody to step out of her tent, pull over a blue milk crate and sit. And sit some more.

That sitting and waiting has cost her: Moody has been arrested by Los Angeles police 59 times in roughly six years, according to LAPD arrest data — more than anyone else in the city. Since 2002, she has been tried 18 times, convicted 14 times and jailed for 15 months, costing taxpayers at least a quarter of a million dollars, according to court and law enforcement records.

Under a court settlement, homeless people can sleep on the sidewalk overnight but must be up by 6 a.m. or face charges of resting on the sidewalk or having an "illegal lodging." Most of the 1,000 or so street dwellers on skid row fear arrest and move along, if only temporarily.

Moody stands her ground at 6th Street and Towne Avenue.

Authorities say she has turned down dozens of offers of shelter or services for the homeless. Friends believe police target her because she stands up for her rights. Police describe her as a homeless "anchor" whose defiance encourages others to remain in the streets, undermining efforts to clean up skid row.

"Ms. Moody's case represents an extreme, including her repeated disinterest in complying with rules that everybody else complies with," City Atty. Mike Feuer said.

Moody, 59, said she doesn't like sleeping on the sidewalk but believes skid row is part of her "destiny."

"We're human beings, not to be pushed around like cattle," she said. "We have a right to be stationary." 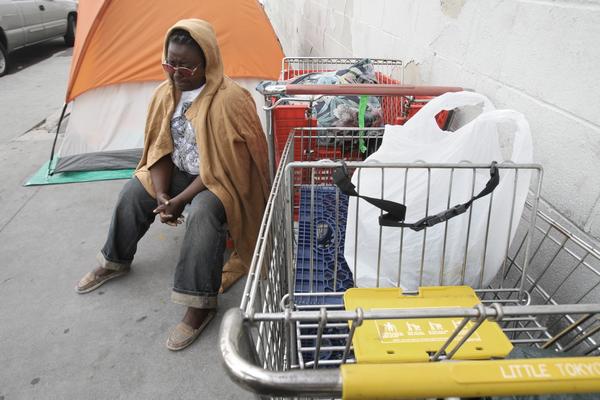 Moody sits next to her tent on Towne Avenue at 6th Street in the skid row area of Los Angeles. More photos

Moody wears rose-colored glasses — literally. Her hair springs in braids away from her head, or is tucked neatly into netting.

She estimates she's been homeless the better part of two decades. Like many long-term skid row residents, she doesn't like shelters, and she has cycled in and out of temporary homeless housing that didn't lead to a permanent apartment. Even if someone handed her the key to a free apartment, she said she wouldn't take it.

Moody has nothing but praise for downtown's remarkable comeback ("a heck of an improvement") and admiration for outreach workers "sincerely trying to get people off the street."

"What services do I need?" she said.

Her first arrest on charges relating to homelessness came in 2002, according to court records. Often she spends a single night in jail and walks the next morning from the LAPD lockup next to Parker Center, the old department headquarters, back to 6th and Towne. Other times she has done longer stints, including an 87-day stretch in 2010.

We're human beings, not to be pushed around like cattle. We have a right to be stationary.”

The city attorney sometimes charges her, sometimes doesn't. When she returned after her recent arrest in January, an officer slipped a ticket under her tent flap, she said.

"If Einstein was right, that insanity is doing the same thing over and over and expecting a different result," said retired UCLA law professor Gary Blasi, who has studied homelessness, "then who in this drama is insane?"

Since 2006, Moody has lived off Supplemental Security Income, a federal program for disabled people of limited means. She showers and washes clothes at the missions, shops at the Goodwill thrift shop and eats at the downtown Fishermen's Outlet Restaurant and fast food places.

Most of her time is spent watching the pageant that is skid row — people in wheelchairs, half-dressed addicts toting newborn kittens. To her right one morning, a young man crouched with a needle in his arm. On her left, a lone tree stuck out of the concrete, reeking of urine.

Friends dropped by. A former skid row hotel guard ran a push-broom over the sidewalk for her homeless friends.

"I get nothing but love down here," Moody said. 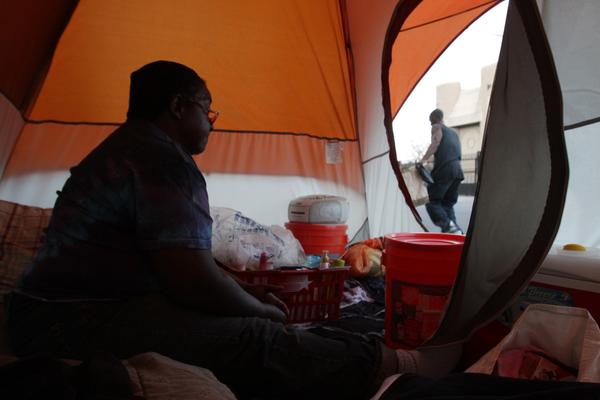 A Mississippi native, Moody said she arrived in Pasadena from Chicago on her 17th birthday. She lost her job as a word processor at Security Pacific Bank in the 1990s — unfairly, she says.

Moody said she saw a psychiatrist after she was fired, and "It made a world or difference" for her.

Police, in a 2008 report, said she had received mental health services but has no specific diagnosis.

Moody and her husband split up when her daughter, Taren Moody, was young, and she and her brother went east with their father, Taren said. They came back as teenagers and ended up with their mother in temporary housing for the homeless in Venice, she said.

"That was awful," said Taren, 39, a nurse who lives in Inglewood. "Depressing."

Her mother managed to get hold of a rent-free house on 97th street in South Los Angeles, Taren said. When the electricity was turned off, Moody bootlegged it back on, the daughter said, and she would fill a big pot with firewood and cook over the flames.

"My mother is intelligent," Taren said."Everybody says that."

Taren said she would prefer it if her mother were off the streets entirely, although "She's actually quite comfortable there. I don't understand it, but it's true.

She's actually quite comfortable there. I don't understand it, but it's true.”

"If I was lucky enough to purchase a home with a back house, she would be in it," the daughter said. "But my mother and I living under the same roof, it can never work."

She said her mother is a loner who goes her own way.

"She has a one-track mind," Taren said. "You can't talk her out of anything, and the police do not intimidate her at all."

Police and prosecutors say they feel only compassion for Moody. Her friends, however, believe authorities are out to get her.

"She tells us what's legal and what's not legal, and they don't like that," said Jamillah Muhammed.

Moody and her lawyers said she always shows up for her court dates, unless she is in jail, and refuses to plea bargain her cases. Kevin Michael Key, a drug and alcohol prevention activist on skid row, said he saw Moody walking out of Goodwill with a new tent after police confiscated her old one.

"She said, 'It's a good thing I got good credit so I won't get drenched,'" Key remembered. "That's the attitude they're trying to break."

"There's absolutely no evidence to indicate Ms. Moody has been selectively prosecuted," the judge said. Widdifield called a recess for officials to make one last plea for Moody to reconsider temporary housing.

Police, lawyers, outreach workers for the homeless and community activists spilled into the hallway, arguing and jostling. 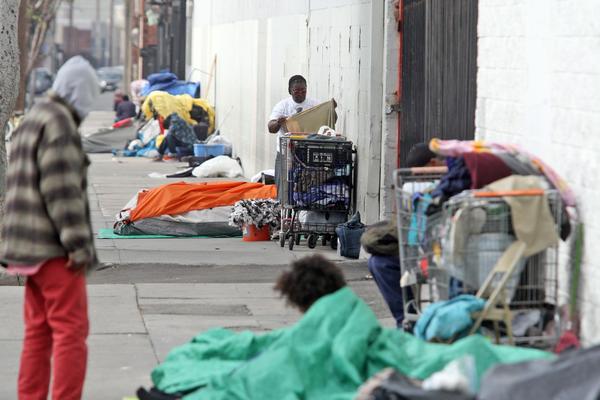 "We're trying to help," said the LAPD's skid row lead officer, Deon Joseph. "Nobody knows what to do, including our detractors, so we're it."

A surprise visitor brought tears to Moody's eyes: her granddaughter, Dachane Winding, 20. Winding said the prosecutor had asked her mother to have a family member appear try to persuade Moody to get off the streets.

"I didn't want her to go to jail," Winding said.

Moody waved away the outreach worker.

"Why would you try to force me into somewhere I don't want to be just because I'm homeless?" she said.

The court reconvened for the sentencing. The judge ruled that Moody had already served enough time and, with no other charges pending, was free to go.

Beaming, Moody headed back to 6th and Towne.

"When my grandma says no, it's no," Winding said. "Everything she does has a purpose. We just don't know what it is." 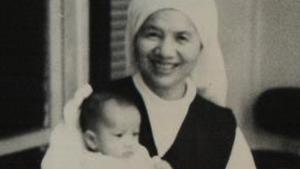 I had to find a way to tell her she was not abandoned — she was rescued.”

With ingenuity and a 3-D printer, group changes lives 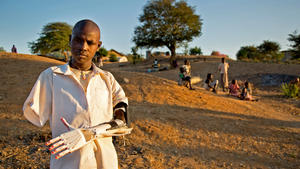 The best way to motivate me is to tell me no.” 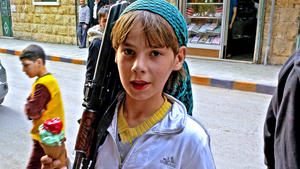 We have become reliant much more on kids. ...But this is not a good thing.”