Charles Manson prosecutor Vincent Bugliosi dies: What became of others

Vincent Bugliosi was asked in 2009 – around the 40th anniversary of the infamous Manson murders – why the case has endured for so long.

“The very name ‘Manson’ has become a metaphor for evil, and evil has its allure,” said Bugliosi, the prosecutor who got guilty verdicts in the mass murder case. In the summer of 1969, Charles Manson and his murderous “family” went on a rampage in Los Angeles that left nine people dead. Victims of the so-called Tate-LaBianca murders included actress Sharon Tate (wife of director Roman Polanski) and Los Feliz residents Leno and Rosemary LaBianca.

Bugliosi died Saturday at the age of 80. Many of those he convicted remain alive.

Here’s where the rest of the key players in the Manson saga are today: 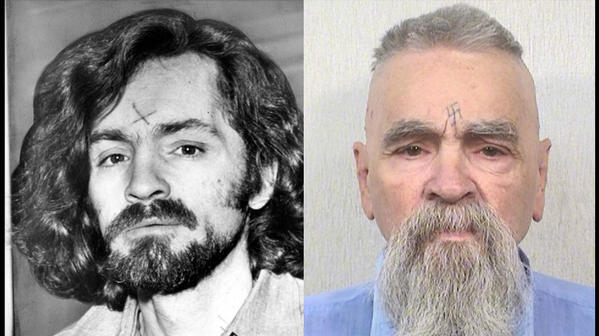 Manson, who ordered the Tate-LaBianca killings but was not present for any of them, was found guilty of murder and sentenced to death.

After the California Supreme Court overturned capital punishment in 1972, Manson’s sentence was reduced to life in prison.

Manson, now 80, has had "hundreds" of rules violations, prison officials say, and has gotten in trouble for having a cellphone and homemade weapon while incarcerated. Manson has been denied parole 12 times. His next parole hearing is scheduled for 2027, when he will be 92. He has been in prison since 1971 and is serving his time at Corcoran State Prison.

In November, Manson and Afton Elaine Burton, a 27-year-old Manson devotee, were granted a marriage license, but it expired in February before the two could marry.

Aaron Stovitz, right, and Vincent Bugliosi show an aerial photo of the LaBianca home during the trial. (UPI)

The original prosecutor in the Tate-LaBianca murders, Aaron Stovitz was removed from the trial after making comments about the case to the media.

After that, Bugliosi took the helm. Stovitz worked for the district attorney’s office until 1981, prosecuting more than 500 jury trials, including 100 murder cases, according to his family. His other trials included prosecuting “Freeway Killer” William Bonin, who was executed in 1996. Stovitz died in 2010. 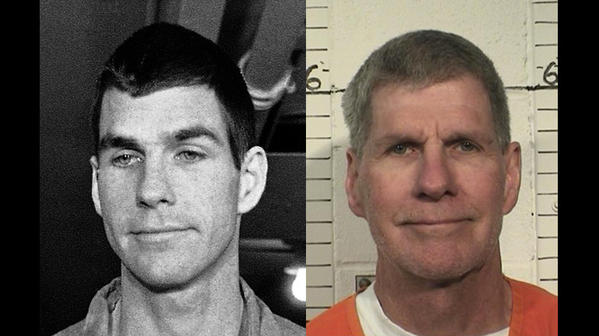 Charles "Tex" Watson, Manson’s self-described right-hand man, was sentenced to death for his part in the killings but was later given life in prison after the death penalty was overturned. In prison, Watson married, divorced, fathered four children and became an ordained minister.

A website for Watson’s ministry, which claims to be written by Watson through letters from prison, says he believed “Manson offered a utopia, but in reality he had a destructive worldview which Charles ended up believing in and acting upon. His participation in the 1969 Manson murders is a part of history that he deeply regrets.” He hasn’t had any disciplinary actions taken against him since 1973, corrections officials say.

According to the website, Watson, 69, works as a janitor and attends Bible studies and services in the prison chapel. He is housed at the Mule Creek Prison in Ione, Calif., about 40 miles outside Sacramento and has been denied parole 16 times. His next parole hearing is scheduled for 2016.

Susan Atkins, a former topless dancer who became one of Manson’s closest disciples, died in prison in 2009 at age 61.

Atkins, called the “scariest of the Manson girls” by a former prosecutor, confessed to killing actress Sharon Tate, the pregnant wife of director Roman Polanski, who was stabbed 16 times as she pleaded with the killers to spare her unborn son and then hanged.

At sentencing, where Atkins was condemned to death, she taunted the court, saying, “You’d best lock your doors,” and “watch your own kids.”

Her sentence was later converted to life in prison.

In prison, Atkins embraced Christianity and apologized for her role in the crimes, and the prison staff advocated unsuccessfully for her release in 2005. She was denied parole 13 times.

She married twice while in prison. Atkins was diagnosed with brain cancer in 2008 and appealed to prison and parole officials for compassionate release, but the state parole board denied the request.

A jury found that former homecoming princess Leslie Van Houten was guilty of holding down Rosemary LaBianca in her Los Feliz home while an accomplice stabbed her. She was convicted of murder and conspiracy in 1978 at her third trial for the crimes, just months after she’d been released on bail following a hung jury verdict.

Van Houten said she was introduced to Manson by a boyfriend and came to view him as Jesus Christ, believing in his bizarre plan to commit murders and spark a race war.

She is serving her life sentence at the California Institution for Women in Corona, Calif., prison officials say, and has been disciplinary-free her entire sentence.

Van Houten told a parole board in 2002 that she was “deeply ashamed” of her role in the killings. She has been denied parole 19 times. She will be eligible for parole again in 2018. 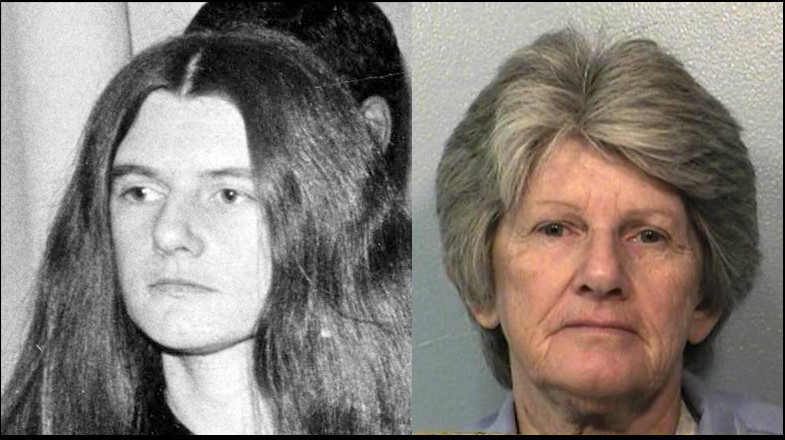 Patricia Krenwinkel was a secretary when she met Manson at a party. She quit her job the next day and joined Manson’s “family.”

She was found guilty of seven counts of murder in the killings, including stabbing the LaBiancas to death and writing “DEATH TO PIGS,” on the wall in the victims’ blood.

Krenwinkel, along with Atkins and Van Houten, later condemned Manson and urged young people not to think of him as a hero.

“What a coward that I found myself to be when I look at the situation,” Krenwinkel said in a 2014 interview with the New York Times. “The thing I try to remember sometimes is that what I am today is not what I was at 19.”

She is being housed at the California Institution for Women in Corona and has been denied parole 13 times. She is up for parole next in 2018.

Roman Polanski: Fighting extradition in Poland, wanted in the U.S.

Roman Polanski was in Europe when his wife, Sharon Tate, and several friends were murdered by Manson’s followers in the summer of 1969. Tate was 8 1/2 months pregnant at the time.

Polanski went on to direct such movies as "Chinatown" and "The Pianist." Polanski fled Los Angeles for Paris in 1978 after being convicted of having sex with a 13-year-old.

U.S. officials attempted to have Polish authorities arrest Polanski, who now lives in France, as he attended the opening of the Museum of the History of Polish Jews in Warsaw last year. U.S. officials asked Poland to extradite Polanski, but in May a Warsaw judge asked the U.S. government to back up its extradition request with additional documents, the New York Times reports.

In December, a Los Angeles County judge rejected his attorneys’ bid to have all sexual assault charges in the case dismissed. 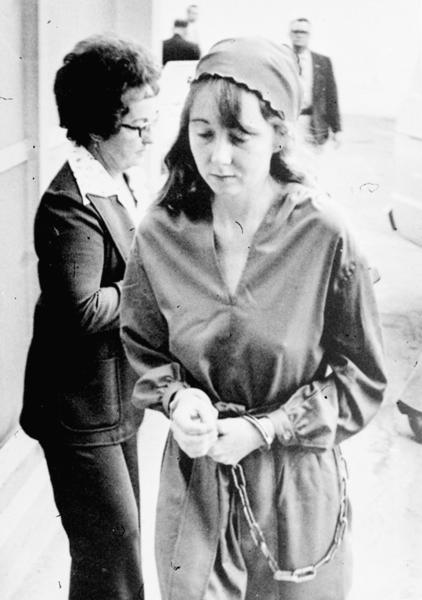 Manson follower Lynette "Squeaky" Fromme was convicted in 1975 of pointing a gun at President Ford in Sacramento in an attempted assassination. The gun didn’t go off, and Secret Service agents wrestled Fromme to the ground.

She was sentenced to life in prison.

Fromme escaped from a federal prison in West Virginia in 1987 and was captured two days later while roaming the countryside about two miles away. She continued to correspond with Manson while she was in prison, officials said.

She was released on parole from federal prison in August 2009 at the age of 60, after serving 34 years.

According to reports at the time, Fromme planned to move to upstate New York. 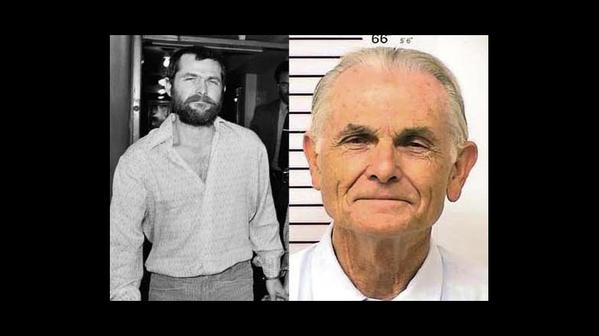 Bruce Davis was convicted in 1972 for taking part in the killings of Gary Hinman, an aspiring musician, and Donald "Shorty" Shea, a stuntman and a ranch at the Chatsworth ranch where Manson and his followers lived. Both murders occurred before the Tate-LaBianca killings, in which Davis did not participate.

Hinman’s body was found in his home, with the words “political piggy” drawn on the wall with his blood.

The state parole board has recommended parole for Davis three times, and all three times the recommendations have been overturned by the sitting governor. State prison officials have said they recommended his release because of his “positive adjustment” and the fact that he’d had no recent disciplinary problems.

In August, Gov. Jerry Brown rejected Davis’ latest attempt to win parole, saying Davis is “still dodging responsibility” for his membership in the Manson family and that he is painting himself as “a passive bystander” in the events. Parole hearing transcripts show that over the years, Davis gave conflicting accounts of his role in the murders he was convicted of and minimized his involvement in the Manson group.

Brown also overturned Davis’ parole grant in 2013, as did then-Gov. Arnold Schwarzenegger in 2010. In his more than 40 years in prison, Davis, now 72, married, fathered a child, became an ordained minister and earned a doctoral degree in religion via a correspondence program.

He is imprisoned at the California Men’s Colony in San Luis Obispo. Davis has been denied parole 28 times, and has a parole hearing scheduled for Aug. 27.

Linda Kasabian drove the killers to where the Tate and LaBianca murders occurred, and went along because she was the only one with a valid driver’s license. She turned against the others and received immunity for testifying during the trial.

As of 1994, Kasabian was a mother of four and believed to be living on the East Coast. 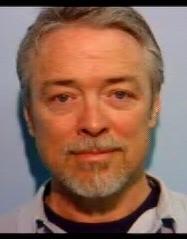 (California Department of Corrections and Rehabilitation)

“Bobby” Beausoleil was convicted of Hinman’s murder in 1970 and sentenced to death.

He later had his sentence commuted to life in prison, where he joined the Aryan Brotherhood gang and suffered a broken jaw and other injuries in various fights.

Beausoleil was in jail for the Hinman killing when the Tate-LaBianca murders occurred.

He was transferred to an Oregon state prison in 1994 as part of an “interstate compact” to house certain inmates, and has had no disciplinary reports since 2008, state prison officials said. Beausoleil, now 67, has been denied parole 17 times; his next scheduled parole hearing will be later this year.

5:12 p.m.: This article has been updated with information about additional Manson family members.

This article was originally published at 1:46 p.m.