By the Numbers: 2013 a year of solid growth for latimes.com

This is our annual look at the last year through the lens of metrics that we call “By the Numbers.” It’s intended to serve as a complementary note to Davan’s review of the year’s great journalism. Happily, they overlap.

And the news is good. Our journalism is being read more than ever before. In every category.

We continued to expand our audience in real-time, enterprise and investigative coverage. We grew our social media presence by record numbers. Mobile readership is up. Interactivity is up. Video views are up. We’ve grown significantly.

Let's first look at a couple of goals we set for ourselves at the beginning of the year. We wanted to increase the extent of digital reporting across the newsroom. More participation. The total number of blog posts grew by more than 5%, increasing from 58,412 posts to 61,430.

Next, we wanted to improve our social media participation by having 100% of our bylined journalists on Twitter and Google+. Done and done. Congratulations. Everyone is signed up. Most are participating. The journalism website Muckrack identified the L.A. Times as having the second-highest growth among newsrooms on Twitter for the year.

In terms of readership, page views were up 7% to nearly 2.4 billion page views. This is an impressive gain in spite of a Google algorithm change in August that had a big, but temporary, impact. Also, non-subscribers had free access to fewer of our articles in 2013. A 7% gain is solid. 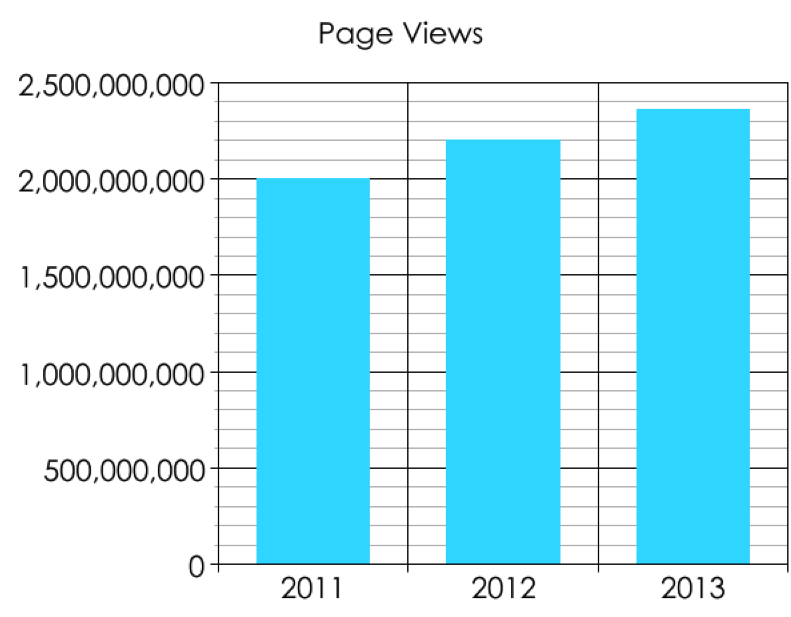 Monthly uniques continue to grow. More and more people are coming to read our journalism. This number grew by 12% in 2013, with more than 490 million uniques. 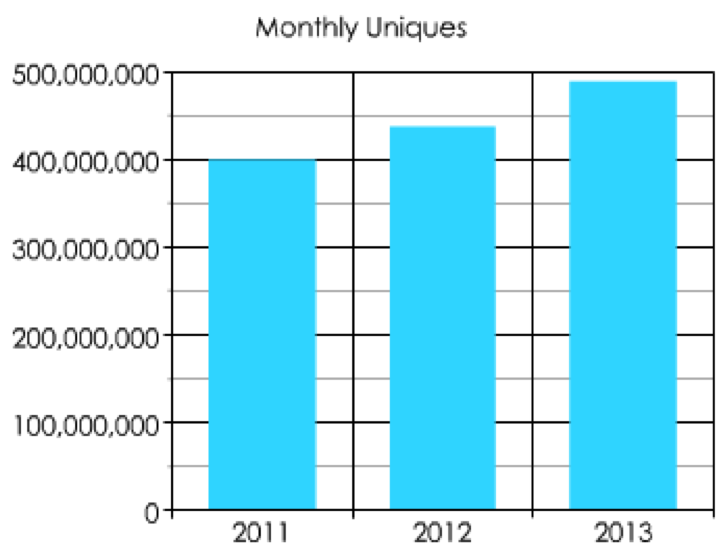 Our real-time coverage was stronger than ever in 2013. The Christopher Dorner manhunt, the LAX shooting and our entertainment awards coverage were just a few of the big events last year that brought a record number of people to the Los Angeles Times. 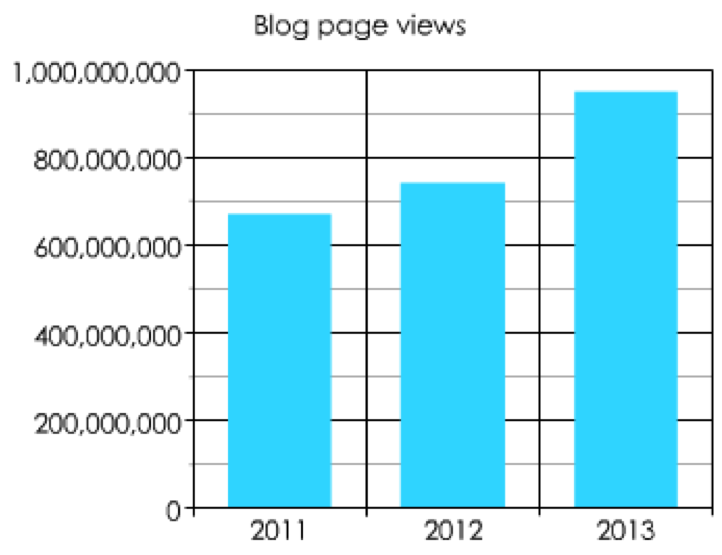 We reinvented how Column One is presented online in an effort to bring more readers to our signature, standout daily story. We re-branded them “Great Reads” and added a custom template, making for a greatly improved reader experience.

The result: Almost triple the traffic to some of our best journalism within six months [2.9 million page views compared with 1.1 million in the six months before the alterations]. Since we changed things up, more than 5.3 million readers have read our Column Ones. 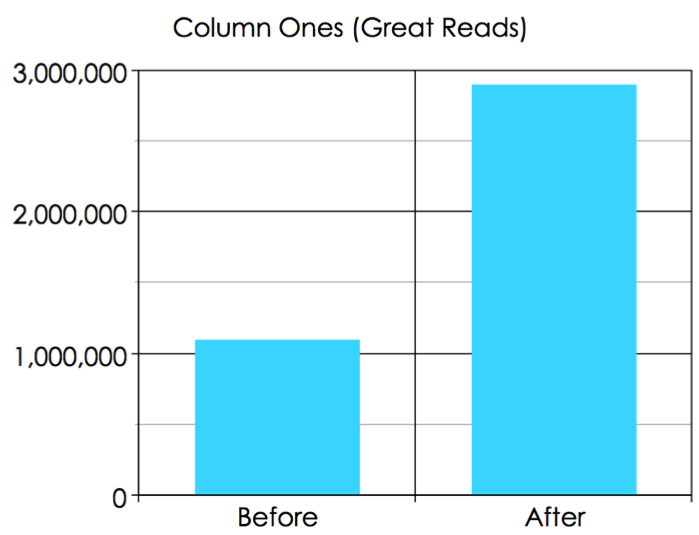 In 2013, some of our other time- and labor-intensive projects also benefited from the custom templates as well as the work of our social media team.

Our five-part series on the Christopher Dorner manhunt by Christopher Goffard, Joel Rubin, Kurt Streeter, Louis Sahagun and Phil Willon and illustrated by Doug Stevens generated nearly one million page views. Other major projects were each read more than 100,000 times:

This is our best journalism and deserved even more attention, which is why we will continue to make a concerted effort to fine-tune the presentation and distribution of these stories – headlines, social media and more – to expand the audience.

From Print to Digital

In 2013, several of our longtime print journalists moved further into the digital space. The idea was to have these respected voices participating in the digital conversation and bringing their insights, experience and writing skills to real-time journalism. Michael Hiltzik and Robin Abcarian stood out. Blogs were created for each and quickly found an audience. Although the blogs were started late in the year, each were read more than 3.5 million times.

Great effort in the newsroom. With 100% adoption of Twitter and Google+ by all bylined journalists, we continue to meet readers where they are.

Overall social media referrals were up 15.7% from 2012. Twitter led that charge with a 73% increase in page views and 84% increase in visitors.

Followers on our main @LAtimes Twitter account grew by 75% from 420k followers to 732K followers. Individual journalist accounts increased by 46% to 3.3 million followers. 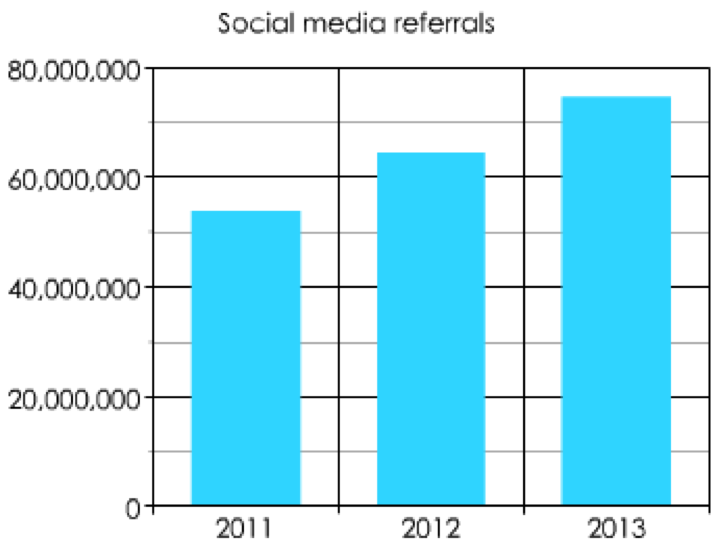 In 2013, we demonstrated the importance of eliminating robots from our Twitter accounts. As soon as we switched the L.A. Now account from automatic RSS tweets to L.A. Now staff, followers grew by 25%. For the year, L.A. Now increased its followers to more than 82,000 — an annual growth rate of 64%. We’ll be doing this sitewide in 2014. 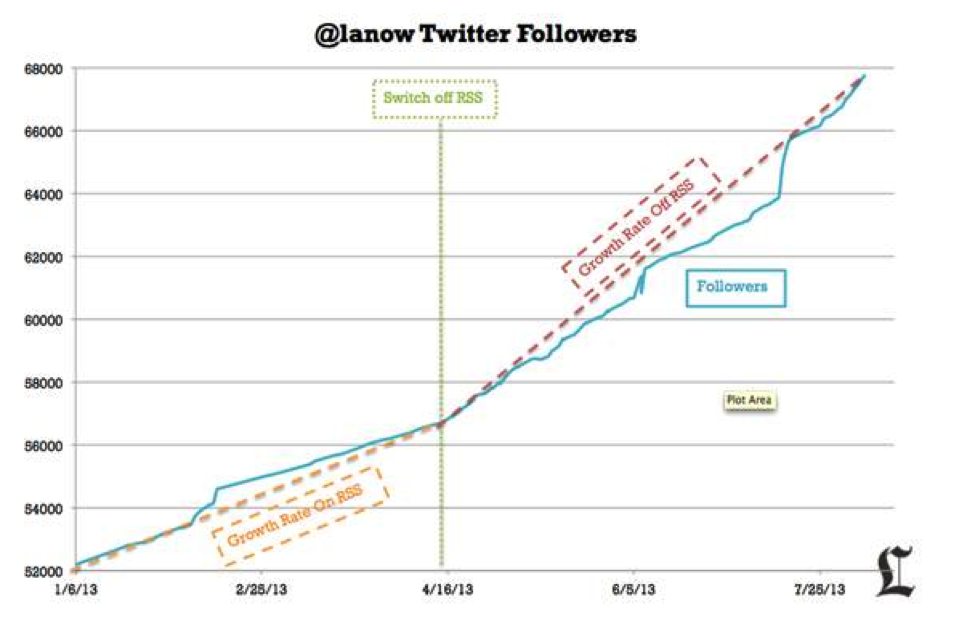 Mobile exploded by 71% in 2013 from 433 million page views to 741 million. Not surprisingly, breaking news coverage performs really well on mobile phones and other devices. L.A. Now continues to see rapid growth on mobile; many days, the blog pulls in more readers on mobile than on desktop. Case in point: our coverage of the death of film star Paul Walker. The incident occurred over the weekend, and there was significantly more readership on mobile. A social media roundup of celebrity reaction to his death received 4.8 million page views on mobile compared with 2.7 million page views on desktop. As people on the go looked for the latest news, we were there. 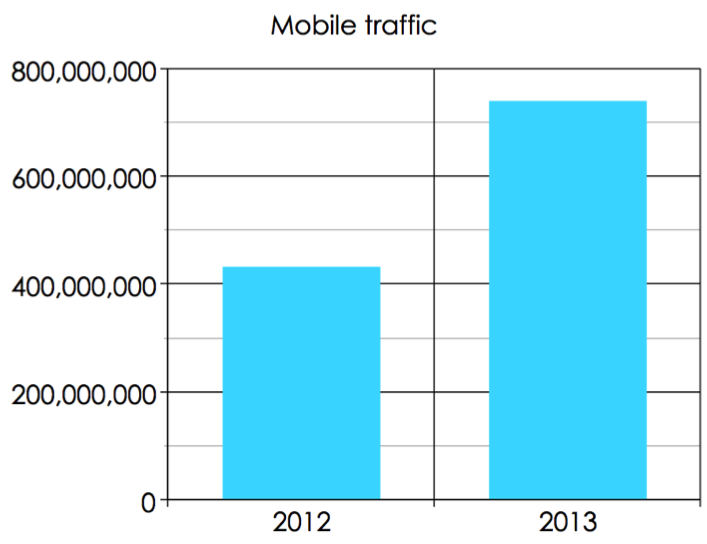 Video continues to grow -- by 30% in 2013 with 21 million video views. Engagement also rose 50%. This is an area we expect to grow dramatically in the year ahead. 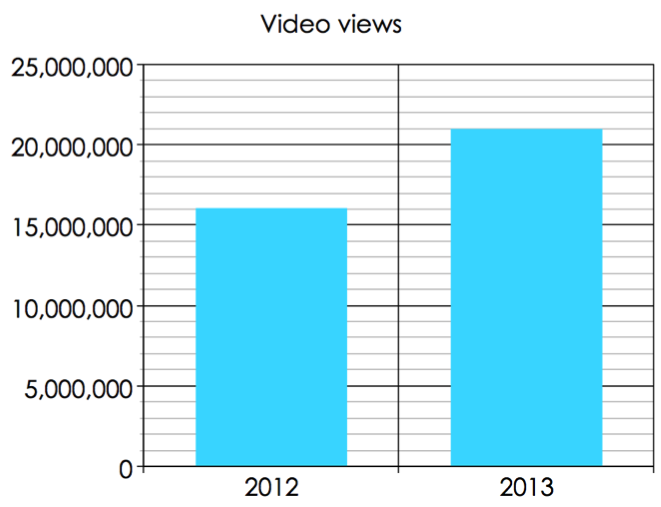 In 2013, the Data Desk contributed to a wide range of graphics, maps and databases that enhanced our coverage of awards season, the mayoral campaign, crime, our test kitchen and the manhunt for Christopher Dorner. The team’s analysis and Web development powered numerous investigations and enterprise stories, including the earthquakes, badge and LAFD packages.

Conventional stories aside, the Data Desk developed pages that generated more than 23 million page views. The 10 most-viewed pages were:

We continued to ramp up our interactive efforts in 2013 primarily with live blogging, live interactive video chats and live textual chats.

Breaking news and entertainment performed particularly well for us in live video, with the following video conversations receiving the highest viewership.

This was the year that our live blogging really took off. We scheduled live blogging on dozens of events including the Emmys, the final episode of “Breaking Bad,” the government shutdown, and the YouTube Music Awards. Our most successful live blog – on the LAX shooting – had more than 700,000 unique visitors who spent an average of 25 minutes on the page. We will increase our efforts here.

Framework, our visuals department blog, continues to produce strong numbers (58.8 million page views) thanks to our audience’s appetite for great photography and video.

The list of galleries below produced the largest numbers of views, while the addition of several features such as reFramed" which explores traditional and nontraditional genres of photography, and Outtakes, featuring details and moments from our photography staff that didn’t make the original cut, has helped build upon Framework’s already broad audience.

Tech Tips" and "From the Archives" remain two of our viewer’s favorite categories.

Top Increase in # of Blog Posts 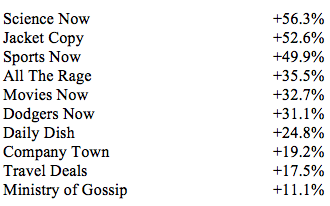 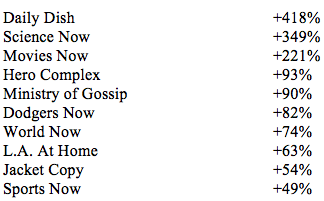 Most influential journalists on Twitter (as measured by Total Engagement: retweets, replies, mentions and favorites) 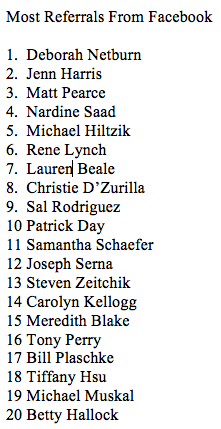 OP-ED: How not to say the wrong thing

By Susan Silk and Barry Goldman


A black box in your car? Some see a source of tax revenue


Some health insurance gets pricier as Obamacare rolls out

By Richard A. Serrano and Ken Dilanian


Navy Yard shooter 'had a pattern of misconduct'

By Carla Rivera and Shelby Grad


Sharon Osbourne 'devastated' but not divorcing Ozzy, she says


Dark, massive asteroid to fly by Earth on May 31

By Susan King and Rene Lynch

Jimmy Orr is a former managing editor, online, of the Los Angeles Times.