How long until Merrick Garland is justice? It took Clarence Thomas 99 days and John Roberts just 23

Justice Antonin Scalia adamantly tried to distance himself from elective politics. He avoided the State of the Union address for 19 consecutive years, once calling it a "childish spectacle."

But within hours of his death, Scalia and his legacy were shoved to the center of a battle between Republicans and Democrats over the search for his successor.

On Wednesday morning, President Barack Obama nominated federal judge Merrick Garland as Scalia's successor. Here is what history has taught us about that process: 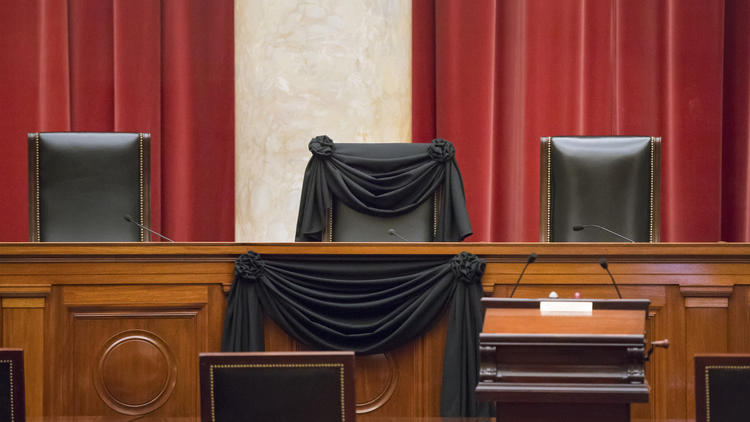 There is no limit for how long filling a Supreme Court seat can take. From presidential nomination to Senate Judiciary Committee review to Senate confirmation, action can take days, weeks, even months. A few vacancies have lasted two years, although none recently.

In the event that a nomination is rejected by the Senate, which last happened in 1987, the president would have to go back to the drawing board. If no one nominated by President Obama is confirmed by the time he leaves office, the next president would get to pick the nominee. A justice joins the court when he or she is confirmed, but doesn’t participate in deciding cases on which the court has already heard arguments. The court typically stops hearing arguments each term at the end of April, so if a nominee is not confirmed by that point, the new justice would not start considering cases until the next court term begins in October.

A justice can be confirmed during an election year, but the situation doesn’t come up often

The last time a justice was confirmed during an election year was in 1988. President Reagan nominated Kennedy in November 1987, and Kennedy was confirmed in February 1988 -- Reagan's final year in office.

Before Kennedy was nominated and confirmed, Reagan had already tried twice that year to fill the seat of Supreme Court Justice Lewis Powell. The Senate rejected Reagan’s first nominee, Robert Bork after more than 100 days. His next nominee, Douglas Ginsburg, withdrew before the Senate vote after allegations of his marijuana use surfaced. For Reagan, the third time was the charm.

Reagan conducted informal talks with leading Senate Democrats about potential nominees before submitting Kennedy’s name. Currently, the Senate’s Republican leadership has made clear that they do not want Obama to nominate a justice at all.

Most Supreme Court decisions do not involve a close vote. But the handful that might have been a 5-4 split might now end up 4-4. In the event a case receives a 4-4 vote from the Supreme Court, the lower court's decision, which is under review, would stand. While Kennedy has typically been viewed as a swing vote, he mostly sides with the court’s three remaining conservatives against the four liberals. So a tie is a real possibility given the court’s division.

1:04 p.m.: This story was updated to include Obama's Supreme Court nomination.