Is pop music today all about sex? [Graphics]

Data artist Nickolay Lamm heard that "back in the day" refrain about popular music and set out to see if it was true.

(Lamm, by the way, is the man who created the "real-life" Barbie doll.)

Check out his findings below. (Here are the graphs for mobile users.)

Using Billboard's Year-End Hot 100 singles, he analyzed lyrics from the 1960s to 2013 to see how often certain words were mentioned. 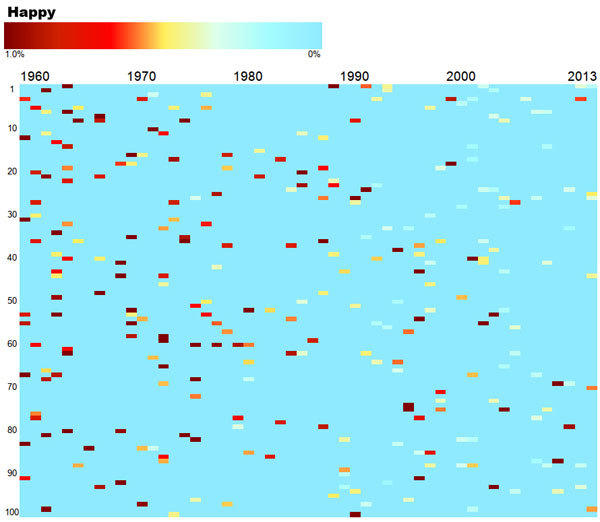 Lamm explains: "The horizontal axis is the year of the song and the y-axis is the song's popularity according to Billboard Year-End Hot 100 singles. Each cell represents a song. The more red a song is, the more often that particular word appears in the song. For example, if a song has five 'love' words and a total of 100 words in the entire song, that song is assigned 5% and a particular shade of color." 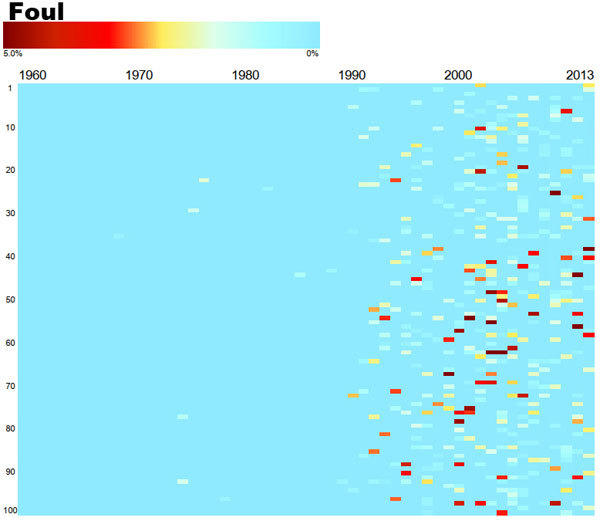 Cuss words were hardly a blip on the screen before the 1990s, according to Lamm's charts. 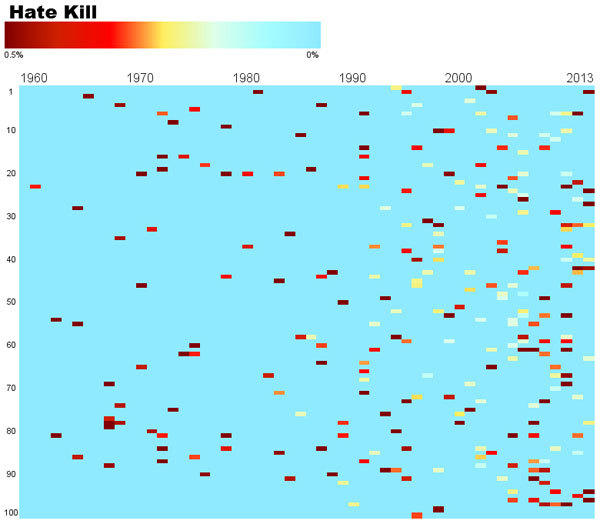 It wasn't all sunshine pop -- with the turbulent '60s and '70s bringing their share of "hate" and "kill" lyrics.

"Sex" really popped into the rotation beginning in the 1990s. So from these graphs it seems the old fogies were right.  Back in the day, sugar, sugar was so plentiful you could leave a cake out in the rain. You didn't worry about one bad apple, and someone havin' your baby was a lovely way of sayin' how much they loved you.

Lamm tracked some other terms out of simple curiosity, he said, including (below) "weed." 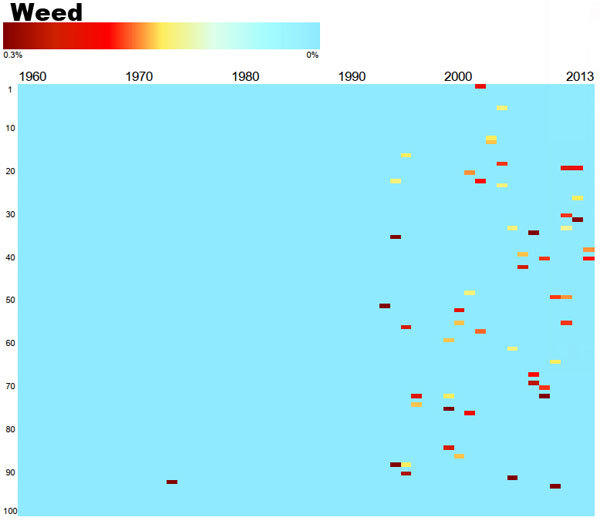