The death penalty has long been a source of controversy in the United States. The practice has come under increased scrutiny across the country after botched executions in Ohio, Oklahoma and Arizona renewed calls for officials to either abolish capital punishment or to improve its procedures.

Here are a few key facts about capital punishment in the U.S.

More than 1,400 people have been executed in the United States since the Supreme Court ruled that the death penalty was constitutional in 1976


The South has carried out the most executions

Texas carries out, by far, the most executions in the United States. The state has put more than 500 inmates to death in the modern era, carrying out five times more executions than the second-ranking state, Oklahoma.

California, by contrast, despite being the nation’s most populous state, has only executed 13 people since 1976. In July, a federal judge ruled that the state’s capital punishment system – in which many inmates have spent decades on death row without being executed – was broken and unconstitutional. Other states have abolished the death penalty entirely.

Where different executions have been ordered

Lethal injection has become the overwhelmingly preferred procedure in recent years, though four other methods remain on the books in various states: firing squad, hanging, gas chamber and electrocution.

Electrocution is allowed in eight states. Death row inmates convicted before 2004 can choose a firing squad in Utah, and, as in Oklahoma, a firing squad may be used if the state’s other manners of execution are ever declared unconstitutional.

Inmates can choose to be hanged in Washington, and hanging can be used as a last-resort option in New Hampshire. Gas chambers can be used in Arizona, Missouri and Wyoming.

Support for executions has declined 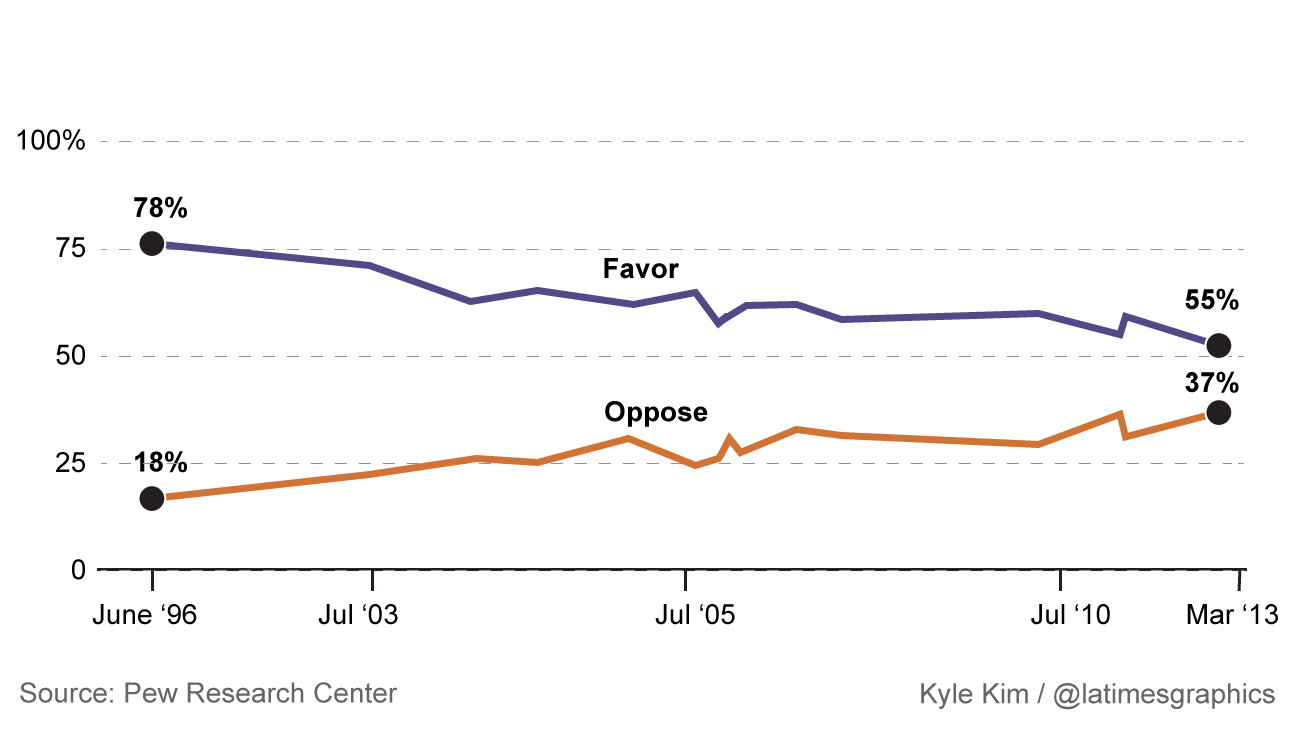 Public support for the death penalty has fallen since the 1990s, with respondents citing the imperfect nature of the justice system and a belief that executions are morally wrong, according to a Pew Research survey.

The reason is also a legal one.

Eighteen states and the District of Columbia have banned executions. As of July 2014, 36 states have either abolished, halted or not carried out an execution in more than five years, according to the Death Penalty Information Center.

Thomas Suh Lauder is a senior graphics and data journalist.