Pope Francis is already generating memorable moments -- serious and sweet -- on his first day in America.

In speeches before 11,000 people on the South Lawn of the White House, during a mini-parade in a popemobile and in an address to the nation’s bishops, he is making news at every event.

Here are some highlights:

The son of immigrants 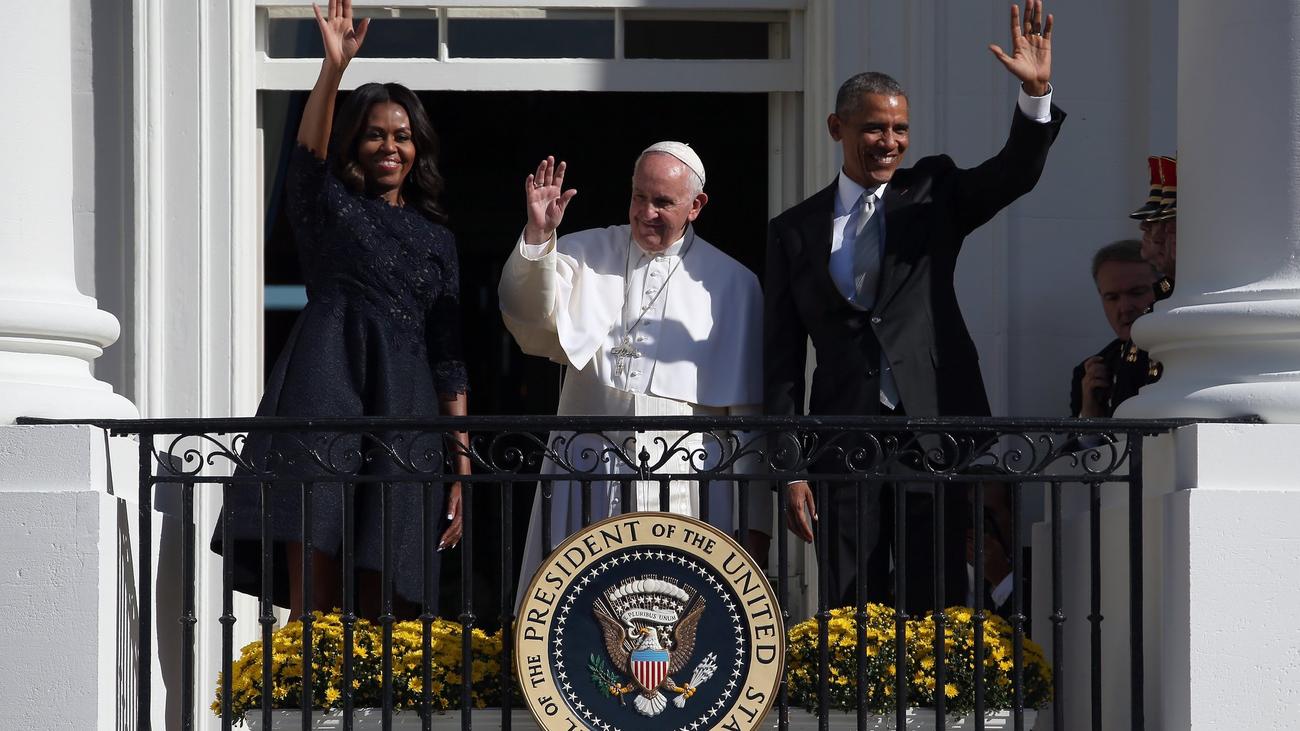 During a speech in English at the White House, Francis said that the Roman Catholic Church is committed to building a society that is "truly tolerant and inclusive" and to rejecting every form of unjust discrimination.

The first pope from Latin America raised the issue of immigration from the beginning of his talk, introducing himself as "the son of an immigrant family" and as a "guest of this country, which was largely built by such families." Pope Francis takes a photo with children whose parents work at the Lithuanian Embassy, outside the Apostolic Nunciature to the United States, in Washington. (Molly Riley / AFP/Getty Images)

The pope exchanged handshakes and selfies with thousands of fans who waited hours and braved lengthy lines for the chance to meet him.

Francis stopped for multiple photos with the crowd, who waved the flags of the U.S., Argentina and the Vatican from behind security barricades.

A little girl with a mission Sophie Cruz, a 5-year-old girl with a gift for the pontiff, made her way through a security barrier and onto his parade route. (Alex Brandon / Associated Press)

Five-year-old Sophie Cruz had a special delivery for the pope during his parade through the National Mall. She slipped past security to greet Francis and hand delivered a letter asking the pontiff to push for immigration reform.

The procession quickly stopped, and the pope beckoned her.

Sophie's parents immigrated illegally to Los Angeles from Oaxaca, Mexico, according to The Guardian. She was born in the U.S. and she calls herself an "American citizen with Mexico roots."

One powerful sentence to his bishops Pope Francis attends the Midday Prayer of the Divine with more than 300 U.S. bishops at the Cathedral of St. Matthew the Apostle. (Jonathan Newton / EPA)

Francis to bishops at the Cathedral of St. Matthew the Apostle: "The innocent victim of abortion, children who die of hunger or from bombings, immigrants who drown in the search for a better tomorrow, the elderly or the sick who are considered a burden, the victims of terrorism, wars, violence and drug trafficking, the environment devastated by man's predatory relationship with nature -- at stake in all of this is the gift of God, of which we are noble stewards but not masters."