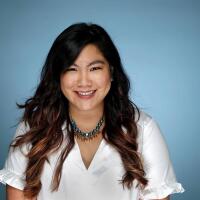 Ashley Lee is an entertainment news reporter at the Los Angeles Times. She was previously a New York-based editor at the Hollywood Reporter, where she covered film festivals and awards shows, protested alongside Michael Moore and Mark Ruffalo, and got into the room where it happens for “Hamilton’s” Mike Pence moment. She also completed the Eugene O’Neill Theater Center’s National Critics Institute and Poynter’s Power of Diverse Voices workshop, and has written for the Washington Post, Backstage and Billboard, among others.