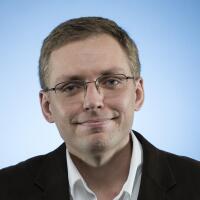 Ben Welsh is the editor of the Data and Graphics Department, a team of reporters and computer programmers who collect, organize, analyze and present large amounts of information.

Welsh has contributed to projects that have won the Pulitzer Prize, the Library of Congress’ Innovation Award, a Knight News Challenge grant and numerous other prizes for investigative reporting, digital design and online journalism.

He is also a co-founder of the California Civic Data Coalition, a network of journalists and computer programmers dedicated to opening up public data, and the leader of Pastpages, an open-source effort to better archive digital news.